How many states will there be in December 2024?

All it takes to admit a state is approval of the existing state legislature (if splitting a state) or the territory, plus simple majority of both houses of Congress.

I’ll speculate 55. DC, Puerto Rico, plus 3 additional states made up from splitting California into 4.

California has had numerous proposals over the years to split and I’m not actually aware of what has stopped that from going through. So perhaps it’s a non-starter.

On paper, you could create enough heavily gerrymandered states to produce a Senate supermajority and impeach / remove all current justices (Pence asked about PACKING the courts, he should have asked about UNPACKING them!). Or enough states to ratify constitutional amendments. But that’ll never happen, even if all current blue states were onboard with that level of fuckery.

I think you might be able to split CA into 2 Democratic majority states, but if you subdivide more than that at least one will lean right.

Here’s a map of CA counties by population

Here’s a map of 2016 presidential vote by county 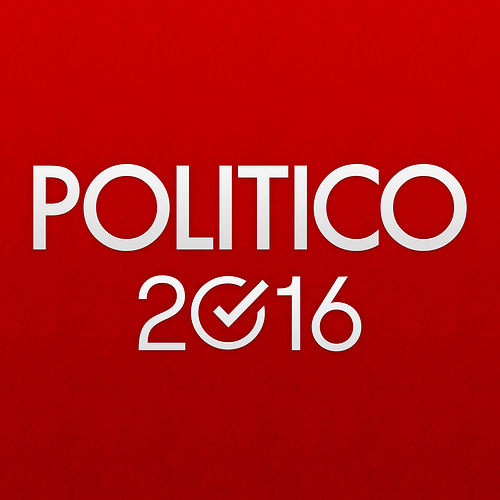 Supposes the southern 4 counties plus San Bernadino become a state, then the 5 east of SB, then all the rest.
Just eyeballing the two maps, I think that’s a D majority in all three. Those red counties in the center-north are low population.

The problem with splitting the state is that per capita income/GDP isn’t evenly split. No one wants to be the “poor” state.

I’ve never heard of any serious proposals to do so, but NY State really should be broken up into at least 2. Upstate NY and NYC are always at odds with each other about absolutely everything, and no one is ever happy.

OTOH, that’s 2 free Senators for the Republican Party so it won’t happen with a Democratic Congress!

I mean, NYC itself could be a handful of states. Each borough = a state? ha.

I do like the speculation on just how far things could go if we follow the McConnell principle of “that’s how politics works - we can do it so we’re doing it”. This question was more around what might realistically happen.

If we want to take it to the extreme, and go to a blatant FU, blow up the idea of states altogether. Every house district becomes a “state”. Major constitutional re-write gets rid of electoral college, shifts balance away from states rights (is your home state REALLY your primary identity these days?). Don’t do it through amendments, but rather start from scratch so we don’t have our most important national document be one that explicitly recognizes ownership of other people. Local jurisdictions can still create local laws, but more clarity on how nationwide laws would be applied.
Not claiming this would be a cure-all, just that it would be interesting.

Should split Illinois as Chicago (they already have their own flag!) and “everywhere else”.

That’s another 2 free senators for the Reps.

We are going to ignore the reduction from the southern states that secede after Trump loses?

How likely is it that the rest of the country will go to war to get them back this time?

Supposes the southern 4 counties plus San Bernadino become a state, then the 5 east of SB, then all the rest.
Just eyeballing the two maps, I think that’s a D majority in all three. Those red counties in the center-north are low population.

The problem with splitting the state is that per capita income/GDP isn’t evenly split. No one wants to be the “poor” state.

Having grown up in the center-north, -one- of the big complaints about Southern California is that they don’t pay for water that originates in the North. If Jefferson became a thing, the thinking is that the north would stop being a “poor” state. I know that’s not the split that was proposed here, but that’s the split many in the center-north want.

Saw a proposal for getting Washington DC residents representation that I liked.

Basically make downtown DC (area dominated by all the museums, federal office buildings, ect.) the federal portion and return the rest to Maryland and Virginia. No new Senators, slight reapportionment of HoR and gets 90+% of the population representation in Congress.

Not sure the the physical boundaries of DC were set in the Constitution or not. If not, this can be done by legislation. I wouldn’t even consider it it too controversial. Obviously some legal issues to work out with grandfathering codes from DC to state jurisdiction , but nothing insurmountable.

Naa. I want the 2 new senators.

Not sure the the physical boundaries of DC were set in the Constitution or not.

They were not. In fact, it was fairly contentious as to where the capital would be located. The Southern states agreed to assume portions of the debt incurred during the Revolutionary War in exchange for the capital being located in their territory.

Let’s go with that proposal, but we’ll make it an eastern district of Wyoming instead.

Naa. I want the 2 new senators.

The Maryland thing is the most reasonable solution, but the senate and EC are so ridiculously out of balance and DC statehood would have a marginal impact in the right direction.

I’d be more in support of Puerto Rico statehood than DC statehood. The Federal District was outlined in the Constitution explicitly, whereas Puerto Rico feels more like a case of Hawaii.

Not sure the the physical boundaries of DC were set in the Constitution or not.

No, the portions taken from Virginia have already been ceded back to VA. What remains all came from MD.

This is by far the most reasonable solution, but since liberals want 2 Senators and can’t be content with additional representation in the House we will continue with the status quo.

Maybe trade that solution for a Reunification of the Dakotas?