How long do you need to quarantine after vaccination?

Sorry if the thread title is misleading, since I doubt any of you are still students.

Sorry if the post belongs in the Political Humor thread, but it is apparently serious. 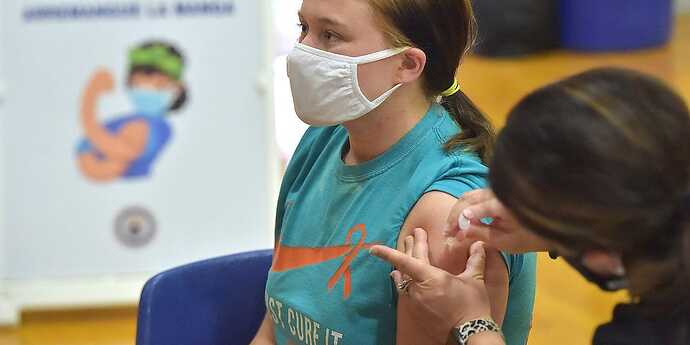 A Florida school says students who get vaxxed must stay home for 30 days due...

A private school in Miami, Florida, is requiring students who get vaccinated to quarantine at home for 30 days after each dose.

“Because of the potential impact on other students and our school community, vaccinated students will need to stay at home for 30 days post-vaccination for each dose and booster they receive and may return to school after 30 days as long as the student is healthy and symptom-free,” a letter sent out to parents of students at the Centner Academy says

My wife observes that the school would have no way of knowing which students get vaccinated.

It’s a private school that parents choose to pay for. I would guess it’s full of parents who like this policy.

Hmmm. Conditioned on parents choosing to pay for their kids to attend a school that would promulgate such a policy, maybe.

Conditioned on parents choosing to pay for their kids to attend a school that would promulgate such a policy, maybe.

There’s no way in bloody hell I would send my kid to that school. And this isn’t their first pass at nutty covid policy. I have to assume most of the parents who are still paying for that school like what it’s doing.

Height of stupidity, and hard to believe that a majority of parents would be that dumb.

It’s in Florida. That’s all I needed to know.

And this isn’t their first pass at nutty covid policy

I didn’t know about this school’s previous covid stupidity. (And if it’s in the very article I linked to? tl/dr : I just read enough to conclude school idiocy now.)

Looked this place up and their tuition… 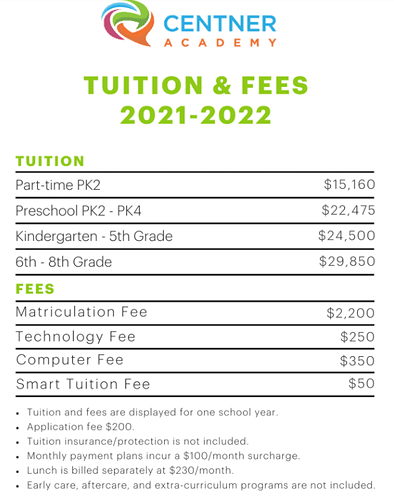 Also seems they banned all vaccinated teachers from working for them. 300 kids, founded in 2019. Chiropractor on site to treat the kids, along with meditation with healing crystals.

Sad to say, a lot of the naturopathic anti vaxxers are rich liberals.

They were in the news last May when they basically forbade their teachers from getting the vaccine and told them to wait until summer break so they had time for the shedding to subside.

The article says they had Robert F. Kennedy, Jr. speak and installed electromagnetic frequency “shielding blockers” on windows to keep the children safe from 5G concerns.

MIAMI — A fifth-grade math and science teacher peddled a bogus conspiracy theory on Wednesday to students at Centner Academy, a private school in Miami, warning them that they should not hug parents who had been vaccinated against the coronavirus for more than five seconds because they might be exposed to harmful vaccine shedding.

“Hola Mami,” one student wrote in an email to her parents from school, saying that the teacher was “telling us to stay away from you guys.”

Nearly a week before, the school had threatened teachers’ employment if they got a coronavirus vaccine before the end of the school year.

Alarmed parents frantically texted one another on WhatsApp, trying to find a way to pull their children out at the end of the term.

Inside Centner Academy, however, “hundreds of queries from all over the world” came in for teaching positions, according to the administration. More came from people who wanted to enroll their children at the school, where tuition runs up to $30,000 a year.

The policy barring teachers from contact with students after getting the vaccine brought a flurry of television news crews who parked outside the school for days, prompting teachers to keep children indoors for physical education and recess. Leila Centner, the school’s co-founder, who says she is not against fully tested vaccines, wrote on Instagram that journalists are “trying to destroy my reputation because I went against their narrative.”

Devoted supporters cheered her on.

“We won’t let them take you down!” one of them wrote on Instagram. “We stand strong with you! You’re an angel trying to save our kids and teachers.”

The article says they had Robert F. Kennedy, Jr. speak and installed electromagnetic frequency “shielding blockers” on windows to keep the children safe from 5G concerns.

I need to work on a proposal for this school. Do they have an inverse reciprocating ionic filter to filter out the chemtrail juices that are in the drinking water? Because I can totally install one for $150k and not feel bad taking their money. I also sell rocks that repel tigers.

Do you need a business partner? I do not want to lose this deal.