Now that hospitals are supposed to be publishing prices, the NYT compiled some numbers.

As expected, prices are all over the board. Unexpectedly (for me, at least) cash prices are not necessarily the highest. 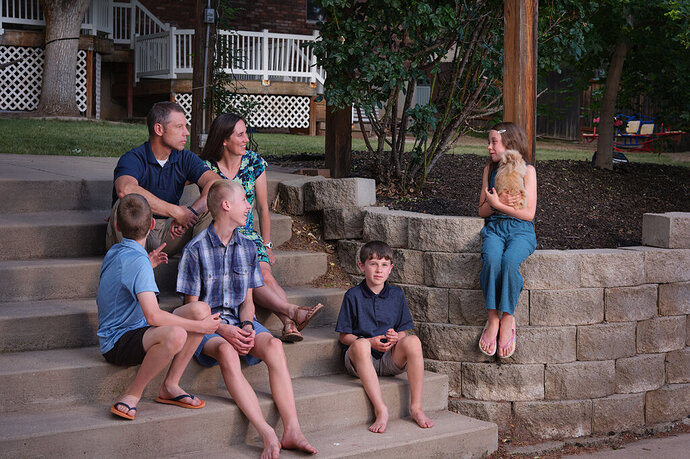 Hospitals and Insurers Didn’t Want You to See These Prices. Here’s Why.

Getting simple medical care at some hospitals can cost more with insurance than without.

Nathan, then 7 years old, received a child’s dose of two drugs to prevent rabies. The bill also included two drug administration fees and a charge for using the emergency room.

Intermountain owns a regional insurer called SelectHealth. It is currently paying the lowest price for those services: $1,284.

For patients who pay cash, the charge is $3,704. Half of the insurers at Intermountain are paying rates higher than the “cash price” paid by people who either don’t have or aren’t using insurance.

I’m glad the NYT has the resources to start this reporting.

That’s awesome. What is the law or rule or order that is requiring this transparency? I know it was something Trump signed (one good thing he did) but was it an executive order or an actual law passed by Congress or something else?

Trump issued an executive order for the DHS and Dept of Labor to do something about price transparency.

They responded with a rule. Hospital groups sued to block it. They lost, and lost again on appeal. Biden apparently supports it.

The requirement to publish prices is a rare bipartisan effort: a Trump-era initiative that the Biden administration supports.

Well good for both of them. And especially good on Biden for not reflexively dismissing everything with Trump’s name on it as bad.

Talking about health insurance and healthcare rates makes me

every time. We have an incredibly fucked-up system, and no one cares enough to talk about reforming it like it needs to be.

I think plenty of people are willing to talk about it.

The problem is in finding consensus, and getting the folks with power to wield that power if a consensus were found.

I hope that “telling hospitals they have to publish their rates, including any negotiated discounts” is something where there is a consensus.

I’d like to go further and tell them they can’t negotiate discounts with insurers, their published rates have to apply to all payers. But, that seems like a bridge too far right now.

I’d agree with telling providers they can’t negotiate discounts with insurers and that published rates have to apply to all payers, but prices would just get shoved up.

I look at how this ends up paying out, and I don’t know how we don’t end up with single-payer at some point unless “wreck the economy” is a desired outcome.

but prices would just get shoved up.

Insurers would still be able to have PPO lists. They wouldn’t depend on special negotiated rates, just on the best fixed rate. Providers would still want the volume that comes from being on those lists.

Providers would still want the volume that comes from being on those lists.

Because … what, competition will encourage providers to keep costs down and want to maximize volume somehow? I have bad news for you: a huge swath of this country has exactly one choice for health care in its area. Oh sure, maybe you can choose between Doctors A, B, C, D, E and F but they all work for Entity X, which runs the hospital and outpatient clinic. And Entity X owns hospitals R, S, T and U (and probably others) in an area. Did I mention Entity X is “not for profit” which still pays executives hundreds of thousands of dollars each for perfunctory duties, while “making difficult choices” to discontinue servces at S, T and U because of “lack of usage” and “insufficient Medicare payments?”

Where’s their incentive to control costs? There aren’t any. They’re going to squeeze everything they can out of whatever faucet is leaking, and that’s health insurance and individual payers. The pressure to control costs has to come from private insurance, and thus far there’s no sign they’re interested in it.

What do insurers do now? For some reason, they “negotiate” rates and make up PPO lists. Is it all for show? A relic of a time before consolidation?

But, yes, the Federal gov’t (and, in cases of local monopolies, state governments) should step on monopolies.

I don’t know how single payer deals with monopolies.

I don’t know how single payer deals with monopolies.

Yes, out in … the 'po … health care systems are monopolies covering multiple counties. If you get really lucky, you get a choice of two systems. I think I have 2 locally for most stuff; in our prior location, we also had 2 but not the same 2.

What do insurers do? Great question. From what I’ve ever seen, control costs isn’t really one of them. Even ignoring that the billed cost of a normal office visit has gone from $95 to $273 over the last 10 years, my insurer’s payment has gone from $48 to $127 in the same time. The billed cost of an MRI has doubled in the last 5 years; my insurer’s payments has “only” gone up 60%.

Don’t even get me started on the misguided notion that health care providers offer “financial counseling” and will “assist people who can’t pay their bill.” They don’t, haven’t for a while, and have zero incentive to do so in the current legal environment - and that’s a huge incentive for them to raise costs.

What amazes me is for those who have the insurance with the higher negotiated rate, their deductible and copays are larger as well.

If the hospital has a negotiated rate of 1200 and your deductible is 2000 with an 80/20 after then you pay 1200 and still have 800 left on your deductible. While if you have the insurance that negotiated 4000 for the same procedure they you pay your 2000 deductible plus 400 coins.

That sucks bigtime. And of course, neither you nor your company knows before hand or after for that matter, what you as the consumer will be paying.

neither you nor your company

Is “your company” your insurer or your employer (who is subsidizing this). It seems like the insurer knows both the negotiated rate and the deductible.

The point of this rule is to start moving toward better price information.

The surprising thing in the examples the NYT piece highlights is that the insurers negotiated rates aren’t necessarily lower than the hospital’s cash rates.

I also live in the 'po. I’d like to sort out how many different providers we have, and how many are just different names for the same holding company. And, I’d like a convenient way to compare prices.

Depends on what you mean by “single payer” and “public option”.

Yes, Medicare dictates prices, that’s how it deals with monopolies. I think the gov’t could dictate prices charged to private payers, if it wanted to.

I’d like to see some deeper analysis on this. What I’ve seen so far (NYT) compared a handful of procedures. I wonder if (for example) Aetna is paying more uniformly, or if there is massive variance from one procedure to the next. I used to do some managed care analytics and, generally speaking, the big concern is how the contract performs as a whole with little regard to any individual CPT or DRG or what-have-you.

I suspect payers will scrape the data and try to figure out where they have room to negotiate lower rates. It’s still mostly a matter of who has more leverage in the negotiation, but this could be compelling data for a payer to bring to the table. There’s a lot more ROI in payers doing this than individual patients.

It would be interesting how many of the icd’s had an extremely small range of negotiated rates. Obviously and unsurprisingly, they are showing many of those that have significant ranges.

I was wondering the exact same thing.