Help me ID this movie

I’m trying to identify this movie, I can’t remember the name though. I saw it with my Mom on vacation once when I was like 10 or something. I think it had Jean-Claude Van Damme in it. He gets beaten up by a bunch of guys and then he beats them all up. Oh and I think he romances a woman too.

I think it had Jean-Claude Van Damme in it. He gets beaten up by a bunch of guys and then he beats them all up. Oh and I think he romances a woman too.

You’ll have to narrow it down a little more. This is 99% of J-CVD movies.

Was he just a cook?

Maybe that was Steven Segal I always mix those two up

saw it with my Mom on vacation once when I was like 10 or something.

how old are you?

I dunno but I think the bad guys came from some shadowy organization beyond the reach of authorities.

Oh crap. Maybe I got the actors wrong. They were definitely white though so that rules out Bruce Lee.

I mean Bruce Lee is a little white, but the main character was way whiter.

I wanna be right so bad.

was there a tournament?

did he do a split across two seperated chairs?

yeah i know this movie. It was the Karate Kid

I don’t remember being very many guns though. Oh, there was this one scene where a bunch of thugs lifted up a dude in a room and the ceiling fan cut his head off.

I do not think that is in Bloodsport

Not Jean-Claude Van Damme, but it has a guy getting decapitated by a ceiling fan by a group of thugs.

Jack Cody has always wanted to enter the world of the Superfights, a free fighting tournament. One night, he rescues a girl from a mugging and he becomes a national hero. Then, he is finally given his opportunity to become a Superfighter. He soon discovers a Ninja who tells him that the man behind the Superfights is involved with illegal acts. When this comes to Jack, he must fight now for his life.

Rob Van Dam is in a fight in this movie too. Maybe you were thinking the wrong Van Dam?

I think that’s it, thanks! The whole thing is on youtube and I fast forwarded to the fan scene and while it looks a little different from what I remember, it’s so ridiculous it has to be this movie, and the weird feral cage dude is there too.

I was thinking of watching it, but it looks so bad lol. 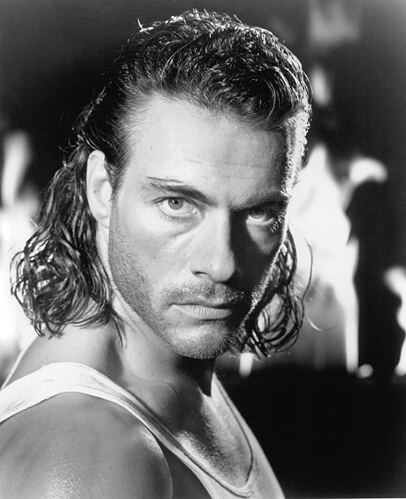