I am not the most politically astute and for what it is worth, I am quite Liberal

I need help understanding the Progrssive Democrats position on the Biden Infrastructure plan
I am not really talking platform, as but as political positioning

was this just a message, once they knew it would pass? Otherwise it makes so little sense politically

IMO the issue here is you’ve got people like AOC who are able to make bold asks from very safe seats (safe relative to a R, not very safe relative to another extreme progressive). She makes these bold asks because that’s what the people she represents wants, not because she is trying to do what’s in the best interest of the party or even necessarily the country. She’s focused much less high level than that.

In contrast someone like Nancy Pelosi is going to focus much more significantly on big picture what makes sense politically for the Democratic party as her fortunes and the fortunes of the people who give her the power she has (by being speaker of the house) are tied to how successful the larger Democratic party itself is.

She’s focused much less high level than that.

But without the Party, having a strong presence her asks will be even more useless.

Maybe your point is “Sorry, guys, I tried” is good enough even if nothing gets accomplished

It’s like practicing governance through the lens of your Twitter feed. All the people I see want uber-progressive stuff, so the entire world wants that too. Anyone who doesn’t is a kook that’s out of touch with reality.

In the real world, people aren’t nearly that progressive. Nor are they nearly as regressive as the right wants to claim; the difference between the two is that the regressive right is incredibly vocal and won’t shut up about how its voice is being repressed.

But yes, in the normal world “get something, show progress, get people to warm up to it, go for more later” would be a smart strategy. In a political bubble, it’s all-or-nothing, damn the consequences and damn the long play.

Many of the individual components of the larger bill have decent public support. 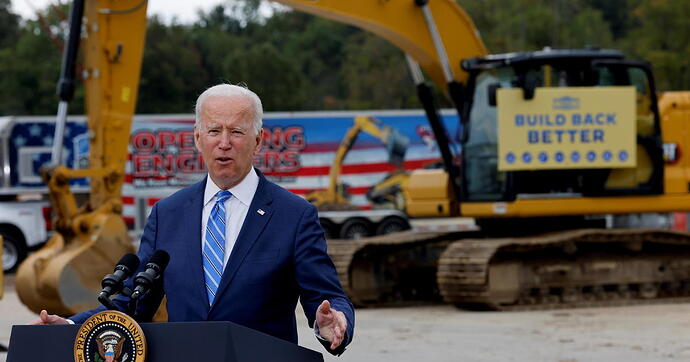 What's in Democrats' Build Back Better plan? A lot of Americans don't know -...

Policy ideas are popular, but more know about the cost of the bill than about its plans.

I think the progressives need to choose their battles and push the ideas that are actually popular if they want advance anything. It may have zero chance of getting past McConnell, but it would be a lot easier to sell 2-3 concrete ideas that they are for rather than having them buried under a massive spending bill.

I am also a little confused by how progressives have been willing to stop the bills in question. I suppose some of it is retail politics. However, they should consider the long game. Once something that “gives stuff away” starts, it is hard to kill. Case in point, Obamacare. Side question - did Obamacare survive because of the filibuster?

Steve is right. Let’s make a list of all the government programs which, after it was determined that they were an abject failure, or achieved their goal and were no longer needed, are no longer in place today.

Do we count the government programs that fail because they were sabotaged by Republicans?

CCC & WPA did terminate - mostly due to WWII and the need for those resources (most particularly men), to help win the war. The government did terminate those programs (Congress quit funding them) but it seems like they had no other choice. DTNF gets 2 points here.

Slavery - this doesn’t deserve a response but I think it falls into the category of programs supported by Democrats and sabotaged by Republicans. I’m just going to exclude it from the topic.

And the Great Proggie Lament shows up - “The welfare programs would have worked if we spent more money on them. Damn Republicans”

So we’ve got two government programs which have been terminated - by the same government which instituted them. 2 measly examples from almost 100 years ago. That’s hardly an achievement worthy of praise (especially when you consider that WWII forced the government’s hand into acting and there’s a myriad of other possible programs).

Adding.
THE territory of the Philippines
Relocation of native Americans
Homestead Act

Slavery - this doesn’t deserve a response but I think it falls into the category of programs supported by Democrats and sabotaged by Republicans. I’m just going to exclude it from the topic.

Your list-ask did not mention political parties. Several states vigorously supported slavery (and the Feds did nothing, including in DC), and now they don’t.
But, yes, I did include it sarcastically.

I only mentioned political parties with the slavery response because I thought it tied in nicely with TP’s post about programs sabotaged by Republicans.

Grabbed this list of defunct government agencies from the attached link: 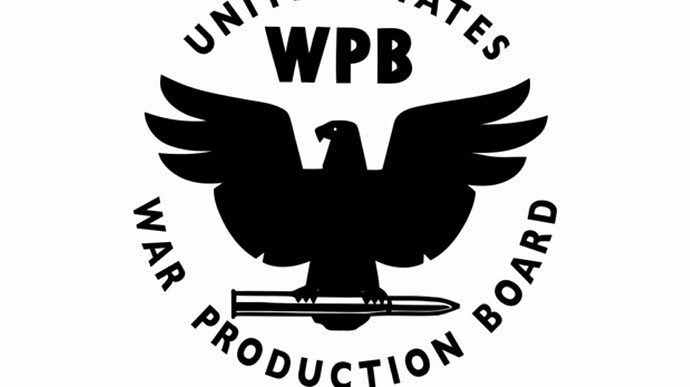 So-called ABC agencies are shuffled, reorganized, eliminated or created with every administration. Some are formed in response to a specific event (like the TSA), and others are dismantled because they’re no longer necessary or have fallen out of...

I only mentioned political parties with the slavery response because I thought it tied in nicely with TP’s post about programs sabotaged by Republicans.

If it makes you feel better about today’s Republican party and how they are only kinda still silent about being racist, sure, bring up nearly 200 year old political associations.