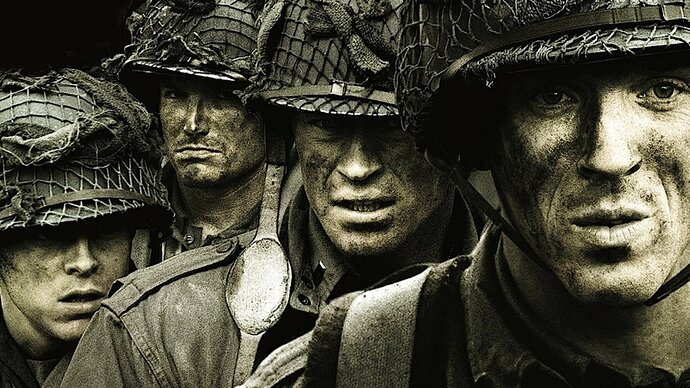 Watch Band of Brothers Season 1 Episode 1 online free 123movies Drawn from interviews with survivors of Easy Company, as well as their journals and letters, Band of Brothers chronicles the experiences of these men from paratrooper training in Georgia...

I think this may run afoul of community guidelines. I know my thread about sharing streaming services was downed.

Either way, Pirate Bay should still exist, right? No reason to use sketchy sites like that when nearly everything is at your fingertips.

I’ve considered getting a VPN for paid streaming services. Pretty annoying when u can’t get movies because I’m in Canada.

If this is allowed, literally just type “watch (thing) free online” and you’ll get it around 75% of the time.

If you want quality without stupid redirect popup ads, again, head to a torrent, that’s rarely failed me. Though I don’t use that often anymore, I actually pay because I’m old.