Formula for Success at Winter Olympics?

Didn’t bother setting up a Winter Olympics 2022 thread as this article is suitable for any Winter Olympics discussion. Makes you wonder why we spend gazillions of dollars on our own athletes. 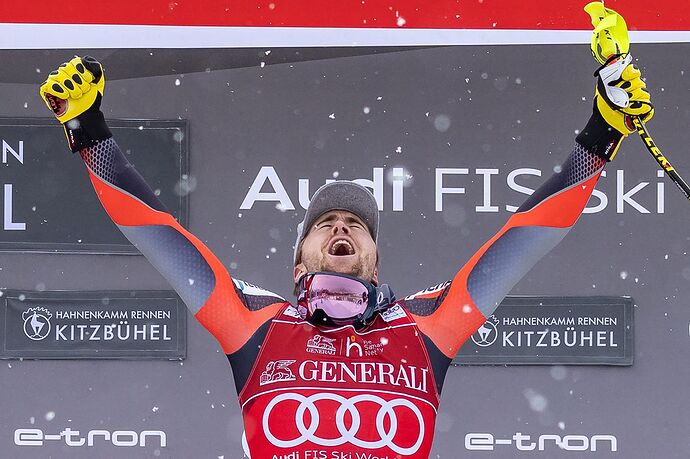 Norway’s radically different approach to sports helped it climb to the top of...

So why the better results by Norway? Are more of our best athletes lured to professional team sports?

There seems to be less emphasis in Norway on focusing on elite athletes. I like their encouragement of mass participation in sports at ALL ages.

Years gone by when the US was more successful?

Norway’s climate certainly contributes partly to their success in the Winter Olympics but I think it is more cultural? Sweden has similar climate to Norway but excels more in professional team sports like hockey and soccer.

No. There are sports organizations in the USA that do not emphasize winning over just getting outside and playing.

I looked up each athlete mentioned in the third paragraph to see how many of the ones named in the article followed the “participation, no serious stuff before age 13” style of play. Not many.

Casper Ruud - son of professional tennis player, started playing when he was 4, had a private coach, and was professional by the time he was 16.
Viktor Hovland - Started golfing at age 11, being taught by his dad who worked in America. Had a personal coach who described him as a 14 year old- “He’s the only one I know who would keep training even on his birthday". He then moved to the USA and played golf in college before going pro.
Erling Haaland - son of a professional soccer player. Learned when he was 3, and started with his hometown soccer club at age 5. Professional by teenage years.
Magnus Carlsen - started playing chess at age 5, parents took him all around Europe playing chess as a child, was taken out of school by his parents at age 13 to focus on chess and never finished high school.
Karsten Warholm - Started running track when he was 8 years old and had a dedicated personal coach in his early teens. True as stated in the article he didn’t concentrate solely on hurdles until he was 20, but he was doing 10 different events including hurdles but also long jump, discus, pole vaulting and the like because he was winning most of them.
Beach Volleyball winners - both kids of professional volleyball players, started at a young age, and both went to a high school specifically designed to train volleyball players, while providing education on the side. Seriously. The Coolest High School In The World (ToppVolley Norway) - YouTube

Nice research. I would suggest you write a letter to the author pointing this out. I have written such letters to Globe and Mail writers over the year and they are generally responsive to additional input.