Every once in a while a liberal says something somewhat intelligent

This seemed worthy of a new topic: 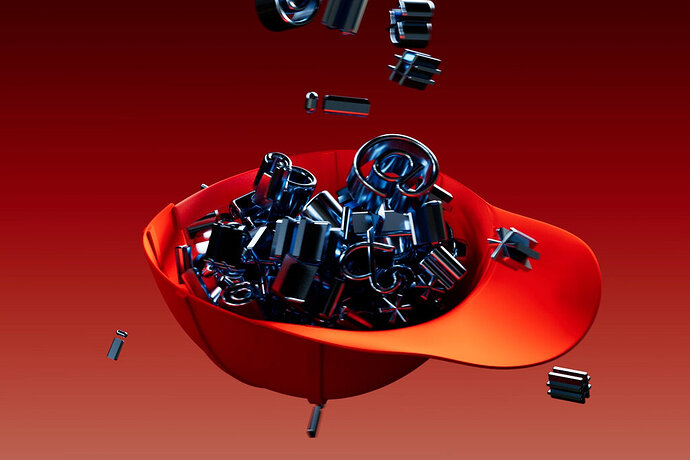 Opinion | I Was Wrong About Trump Voters

They weren’t appalling. They were angry for a reason.

says i need to pay $1 per week to read that. would you like to summarize what the intelligent thing said by a liberal was?

No - I would not like to summarize his comments. I have no desire to become the object of attack due to my summarization. But since it’s behind a fire wall, I will provide you with a portion of his opinion. I won’t post the whole thing due to copyright restrictions and such things.
.
.
.
.
…
That ought to have been the first question to ask myself. When I looked at Trump, I saw a bigoted blowhard making one ignorant argument after another. What Trump’s supporters saw was a candidate whose entire being was a proudly raised middle finger at a self-satisfied elite that had produced a failing status quo.

I was blind to this. Though I had spent the years of Barack Obama’s presidency denouncing his policies, my objections were more abstract than personal. I belonged to a social class that my friend Peggy Noonan called “the protected.” My family lived in a safe and pleasant neighborhood. Our kids went to an excellent public school. I was well paid, fully insured, insulated against life’s harsh edges.

Trump’s appeal, according to Noonan, was largely to people she called “the unprotected.” Their neighborhoods weren’t so safe and pleasant. Their schools weren’t so excellent. Their livelihoods weren’t so secure. Their experience of America was often one of cultural and economic decline, sometimes felt in the most personal of ways.

It was an experience compounded by the insult of being treated as losers and racists —clinging, in Obama’s notorious 2008 phrase, to “guns or religion or antipathy toward people who aren’t like them.”

No wonder they were angry.

Anger can take dumb or dangerous turns, and with Trump they often took both. But that didn’t mean the anger was unfounded or illegitimate, or that it was aimed at the wrong target.

Trump voters had a powerful case to make that they had been thrice betrayed by the nation’s elites. First, after 9/11, when they had borne much of the brunt of the wars in Iraq and Afghanistan, only to see Washington fumble and then abandon the efforts. Second, after the financial crisis of 2008, when so many were being laid off, even as the financial class was being bailed out. Third, in the post-crisis recovery, in which years of ultralow interest rates were a bonanza for those with investable assets and brutal for those without.

Oh, and then came the great American cultural revolution of the 2010s, in which traditional practices and beliefs — regarding same-sex marriage, sex-segregated bathrooms, personal pronouns, meritocratic ideals, race-blind rules, reverence for patriotic symbols, the rules of romance, the presumption of innocence and the distinction between equality of opportunity and outcome — became, more and more, not just passé, but taboo.

It’s one thing for social mores to evolve over time, aided by respect for differences of opinion. It’s another for them to be abruptly imposed by one side on another, with little democratic input but a great deal of moral bullying.

This was the climate in which Trump’s campaign flourished. I could have thought a little harder about the fact that, in my dripping condescension toward his supporters, I was also confirming their suspicions about people like me — people who talked a good game about the virtues of empathy but practice it only selectively; people unscathed by the country’s problems yet unembarrassed to propound solutions.

I also could have given Trump voters more credit for nuance.

For every in-your-face MAGA warrior there were plenty of ambivalent Trump supporters, doubtful of his ability and dismayed by his manner, who were willing to take their chances on him because he had the nerve to defy deeply flawed conventional pieties.

Nor were they impressed by Trump critics who had their own penchant for hypocrisy and outright slander. To this day, precious few anti-Trumpers have been honest with themselves about the elaborate hoax — there’s just no other word for it — that was the Steele dossier and all the bogus allegations, credulously parroted in the mainstream media, that flowed from it.
…

Summary: once in a while you see a stupid liberal saying something dumb like the one in the article.

Not from the article, but relevant to it …

How do you answer this poll question?
“The US is a better place today for people like me than it was 50 years ago”

IIRC, the answer was an excellent predictor of which Republican voters would support Trump in 2016. Everyone here knows which answer the Trump voters gave.

A significant share of Trump voters believe that both parties abandoned them*. I recently posted a photo of the nice, blue collar Detroit neighborhood where I grew up. In my imagination, kids who grew up there, and didn’t succeed in college, turned into Trump voters.

This line from the column is worth repeating:

What Trump’s supporters saw was a candidate whose entire being was a proudly raised middle finger at a self-satisfied elite that had produced a failing status quo.

'* Both parties wanted to open China to the Western trading bloc. Neither was terribly concerned about the millions of manufacturing jobs that would cost. The Rs didn’t see a problem at all. The D’s solution was “Make sure everyone can get a college loan”.

The thread title is wrong. Bret Stephens is not a “liberal”.

You need to assume either dishonesty or failed reading comprehension with OP.
Not sure which one it is this time.

The thread title is wrong. Bret Stephens is not a “liberal”.

I didn’t assume either. I thought it was a pretty good piece. 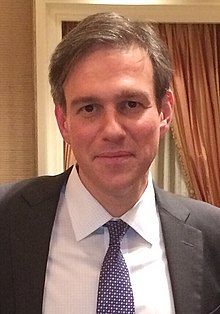 Bret Louis Stephens (born November 21, 1973) is an American conservative journalist, editor, and columnist. He began working as an opinion columnist for The New York Times in April 2017 and as a senior contributor to NBC News in June 2017. Stephens previously worked for The Wall Street Journal as a foreign-affairs columnist and later as the deputy editorial page editor, and was responsible for the editorial pages of its European and Asian editions. From 2002 to 2004, he was editor-in-chief of...

bullshit. Staten Island is filled with privileged white people who voted for trump. i have no idea wtf these people who live in their $900,000 huge houses are angry about.

i have several relatives who are doing just fine and have no real reason to be angry but voted for trump.

Jesus Christ, right wing media is falling all iver itself because the NYT published an opinion piece by one of their conservative columnist.

True, he is an anti-Trump conservative. But he is hardly liberal.

Trump took advantage of frustrated people by telling them they can hate liberal ideas since those ideas were the source of their frustration, which is something all politicians do, but he then took it a step further to tie it to groups of people he saw as politically disposable.

And yes clinton called people deplorable and Obama said people clutched to guns and religion, but those were considered bugs in their campaigns, not features.

i was wandering around my parent’s hood on staten island and typing in the addresses into zillow just to see if i could afford a house there. almost all of them were estimated at over 900k, so, nope, not really. their neighborhood is like 95% trumpkins, tell me more about this “decline”.

Interesting question. Suppose the NY R primary had been early in the cycle, when the smart money was expecting the race to be between Rubio and Bush. (Yeah, it’s hard to remember that there was such a time.) Would those comfortable Rs on Staten Island have voted for Trump?

Of course a lot of long time R voters were going to vote for the R nominee in the general.

I think the Stephens article is about Trump’s surprising strength when the chattering class was writing him off as soon as he came down the elevator.

Oh, and then came the great American cultural revolution of the 2010s, in which traditional practices and beliefs — regarding same-sex marriage, sex-segregated bathrooms, personal pronouns, meritocratic ideals, race-blind rules, reverence for patriotic symbols, the rules of romance, the presumption of innocence and the distinction between equality of opportunity and outcome — became, more and more, not just passé, but taboo.

so they are proud bigots in other words. i see.

i can maybe understand it for people in actual declining areas like detroit. doesn’t make sense for rich white people who all voted trump on staten island.

They are angry because the company they work for wastes their time sitting through programs under their DE&I initiatives when they have never used a racial slur in their life.

also a lot of trump voters are old and are idealizing their youth as way better than it actually was. they are old and falling apart now and trump’s maga shit makes them think they can reclaim a time that wasn’t actually that great in the first place. they were just younger.