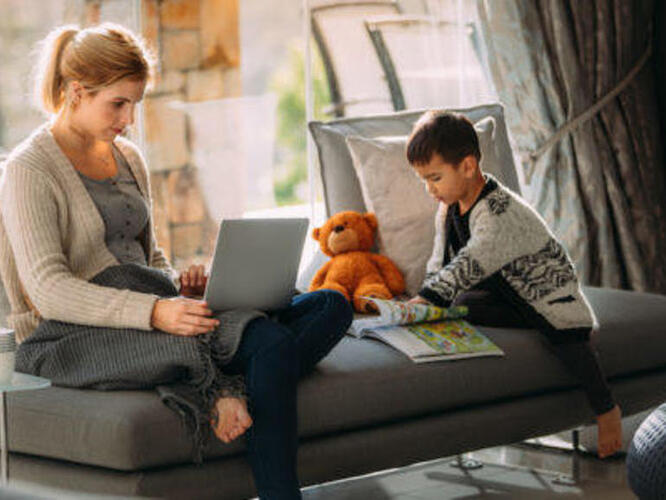 Working from home? Then you should pay more tax for the privilege, say...

A new report from Deutsche Bank argues that WFH should mean paying a bit of extra tax.

Of course, I object. But, mainly to the “one tax rate for all is fair” concept. I certainly don’t save the same percentage of my gross for working at home than, say, a claims processor at my company would. I don’t get three times as big of a lunch, nor drive three times as expensive (in maintenance… well, maybe I do, because it’s old) a car to get to work, nor do I drive three times the distance.

Also, I’d certainly be noting that I have a cubicle that has my name on it at an office, so that’s where I am supposed to work every day.

That’s bizarre. I can think of reasons you should pay less, starting with the cost of maintaining a home office. You’re supplying your own internet bandwidth and chair and heat and air conditioning and office supplies.

The cushion on my office chair is going to wear out faster given that I’m now sitting in it roughly 40 hours a week more than I was when I was working in the office.

My heat and A/C would go off during the work day if I was at the office and my employer would foot the bill to keep my workspace at an appropriate temperature. But when I’m home that cost falls on my shoulders. Office supplies are pretty small for me, but hey I do still take paper notes sometimes and print stuff out. There’s wear & tear on my printer and I’m using my own pens and paper. I go through toner so slowly that the incremental cost to me is probably $0, but it might not be $0 for others.

Many people are supplying their own computers/keyboards/mice/monitors although in most cases they probably already had those items and won’t necessarily go through them any faster due to additional use.

And even though most people are too stupid to understand this concept: en masse they’re paying for the extra internet bandwidth. We all might have “unlimited” plans, but the more data we use the more our providers will charge for those unlimited plans. So when large swathes of society start working at home, a price increase is likely to follow.

I always choose to live very close to work, so my commuting-to-in-person-office costs are extremely low, particularly considering that most of my errands were previously attached to commuting and now are separate trips.

So if anything, WFHers should get a tax BREAK to reflect their increased expenses.

Oh, and my employer used to provide lunches once a week and I’d pack the other days. So I’m also spending more on lunches now that I’m providing 100% of them rather than 80%. And my lunches aren’t as fancy as the ones my employer provided.

I am saving on makeup, so there’s that.

But I’m spending more on hot water because I used to shower at work after working out in the company gym 2-3x a week.

And there’s all the toilet paper and water that I’m flushing down the toilet too.

Yeah, I don’t think the savings from makeup and a microscopic amount of mileage on my car trumps all of the other expenses I’m picking up. I think I’m worse off financially by working from home.

I mean, I make enough that it’s chump change, but the differential is definitely negative in my case.

Oh, thought of another one. I never used them, but my employer actually supplied free tampons in the ladies room. So there’s that cost for some women.

I never drank the free coffee, but nearly every place I’ve ever worked has supplied free coffee that many employees drank. Gosh, Microsoft gave us free soda.

Every place I’ve ever worked let you use the notaries in the legal department if you had a personal document you needed notarized and let you use the mail room and corporate shipping rates to send personal packages.

God, there was a ton of crap employers used to give us for free onsite that I’m no longer getting. Each expense piddly (which is why the employers provided them: cheaper to give free ibuprofen than pay for your time to run to the drugstore), but it all adds up!

I can totally understand the economic argument. Right now, Mrs Waiting and I are spending nowhere near what we usually do, but both working our normal hours. As a household we could absorb higher taxes to help fund the support for those who can’t currently do their job.
But, logistically, I don’t know. I’m not sure how many households are in our position, it feels like most are operating on some level of reduced income - or aren’t seeing reduced outgoings - so taxing more isn’t going to help them.

And that’s perfectly valid. If Biden and Harris come in and push a second round of stimulus and then later a tax bill to cover the expense, that’s fine. But an explicit tax on working from home seems like a really bad idea that is bound to cause both resentments and perverse incentives.

I make up for my transportation cost savings with an excessive cat food budget.

Also of note, I was surprised when the U.S. government gave me a stimulus cheque… (…check? How do you spell that in American?). I remember there being a note from Trump in the mail that came along with it that referred to me as a “fellow American citizen”.

Go stimulate the economy with your cheque.

I suppose that it would be silly to point out that WFH alleviates strain on overloaded-in-many-locales transportation networks, and should slightly reduce the demand for taxpayer resources to support those networks and to offset costs arising from their congestion.

There is no need for you to eat cat food.

Some people think that hybrid and electric cars need to be taxed more (at registration, I guess), because they don’t consume gas, whose taxes maintain the roads, on which they are driven.

God, there was a ton of crap employers used to give us for free onsite that I’m no longer getting. Each expense piddly (which is why the employers provided them: cheaper to give free ibuprofen than pay for your time to run to the drugstore), but it all adds up!

\textcolor{red}{\text{Wow, you should have been taxed for these benefits!!}}

Anywho, if I get taxed more, I’ll simply ask for a bigger raise. Or, go to work for an hour, then come home for the rest of it.

Definitely. As I say, I get the underlying idea - that folks who are financially better off due to Covid could be taxed more to fund supporting those who are struggling - but a WFH tax doesn’t quite do it, and would never work long term. If WFHing is genuinely cheaper/better then wages will adjust, a tax is just trying to accelerate it.

The Covid “solution” feels like it’s always going to be a case of building up debt now, and then finding a way to service it once we’re back to whatever normal looks like.
The WFH tax strikes me as too linked to the idea of maintaining the old normal.

Some people think that hybrid and electric cars need to be taxed more (at registration, I guess), because they don’t consume gas, whose taxes maintain the roads, on which they are driven.

There’s more rationale for that at least. A hybrid Camry is just as hard on the road as a regular Camry and yet does pay less taxes that go towards maintaining the road. Historically gasoline consumption has been a reasonable proxy for how hard each vehicle is on the road and that connection is drying up. Now whether it is reasonable for the non-hybrid / non-electric vehicles to subsidize the hybrids and electrics due to their carbon footprint is a different question on which reasonable people could disagree.

But at least there’s a decent rationale behind it. A rationale that doesn’t hold for working from home, IMO.

Wow, you should have been taxed for these benefits!!

It was considered de minimus. But so are any alleged cost savings in working from home. Cost “savings” that could well be negative.