I guess it’s been all quiet in regards to the Durham Probe since the AO.

The Investigation just made an arrest: Igor Danchenko 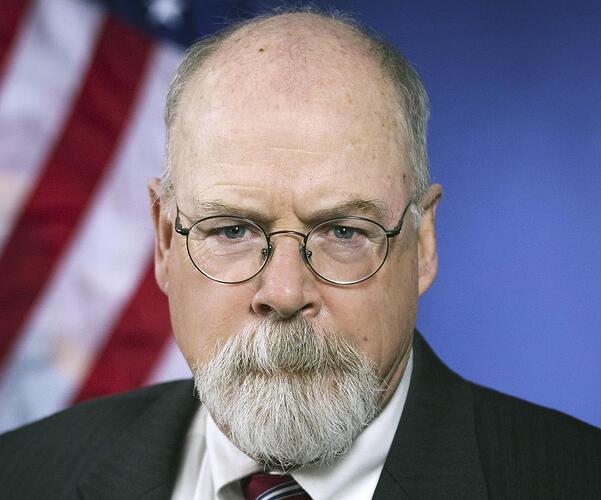 WASHINGTON (AP) — A Russian analyst who provided information for a dossier of research used during the Trump-Russia investigation was charged Thursday with lying to the FBI when questioned about his work.

As always, it’s interesting to look at the timing of these announcements, sometimes best interpreted a week or two later.

The Clinton Campaign has gotten caught with their hand in the cookie jar, essentially inventing the whole nonsense Russian collusion conspiracy theory, then weaponizing surveillance apparatus, pressuring the FBI to investigate, who misrepresented their FISA warrant applications, and ultimately resulted in a sham Special Counsel to produce a lengthy nothingburger report about it. Even that progressive talk show The View was recently grilling Adam Schiff about his devotion to this fakery.

Now that Trump is gone, hopefully, I think there’s at least some appetite to prevent this gross politicization of the FBI and surveillance apparatus in the future. It will be a delicate balancing act between admitting probable criminal action by Clinton’s henchmen and certain members of the FBI and validating Trump’s correct assertions about this “witch hunt” from the beginning. We definitely don’t want to empower the Q idiots again.

It’s certainly an embarrassing chapter in American politics and a cautionary tale about inherent risks of the surveillance state and politicization of the administrative state.

The way I remember it:

Not sure what squabbles over at the view have to do with anything, but I have noticed the show is often mentioned in some ways to justify some sort of right wing talking point. It is a good indication that engagement on a topic is going to be pointless.

Interpret as you please. 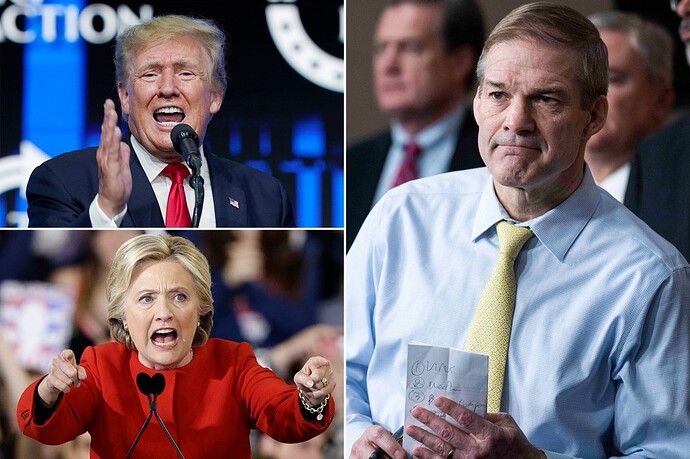 Rep. Jordan: Durham filing shows Trump was right about being spied on

Sometimes it takes a couple days for the normal media to pick up on stuff. Stories like this are sent to fox first so they can lay the initial spin.

CNN, NYT, and WaPo all responded to the Fox story.

Basically they all summarized it as old news, false news, and vague news, hidden inside of a court filing about something else entirely.

They also of course all agree it was intentionally leaked to Fox and then fluffed up to create outrage.

What do you think Ranger? What does this news mean exactly, and how should it be reported? And when should be reported?

Did Fox over fluff it? Did the MSM try to hide it? What happened?

Of course right-wing media ran with this story sooner, and it a bigger way. It was more than just FoxNews. It was New York Post, The Daily Wire,… It’s political. (“both sides do it”). And I wouldn’t refer to non-right-wing media as “normal media”. You’re probably not comfortable calling it the " liberal media" (which it is, I’m not sure why liberals are so reluctant to use the term, while those media outlets at one time might not have had a liberal slant, there is no denying it today), it might be MSM or historical news outlets, but it’s anything but “normal”.

I’m intrigued by the timing of the report. It was a Friday News Dump. If you want big explosive coverage of something, you release it early in the week. Friday afternoon is for reports that you want
to receive minimal coverage and to be forgotten by next week.

Why would Durham release the report on Friday afternoon? It’s not like he’s been working on a speedy timeframe. It took Mueller and his large expensive team 2 years to produce a report which didn’t really amount to much of anything. Is Durham doing a similar thing and just dragging out this investigation until he can retire or is he actually finding stuff and just toying with the public by tossing out a few bread crumbs every so often? Or was the Friday release in pre-emptive response to highly rumored announcement that HRC was going to run for POTUS again?

highly rumored announcement that HRC was going to run for POTUS again?

Take a moment to reflect on the recent Durham release, what’s in it, go read the “Clinton spied on Trump” thread, the timing of the release, and decide if there is any meat on the bone in Durham’s report.

Then remember the giant sized egos of these people.

Why would Durham release the report on Friday afternoon?

To be clear, it wasn’t a “report”. It was a request made to Sussman to wave conflicts of interest in the upcoming trial, which will be in a few months.

So why the stealth? To hide it from the MSM, while sharing it with Fox, so ham it up on Monday. I say “Fox” to mean the Rupert Murdoch empire (Fox, NYP, WSJ) and other Trump-friendly outlets. Basically a list of organizations that will fluff it up.

Even in the before times, when there was nothing but MSM, political operatives carefully chose who to leak stories to first to create the best angle.

Been reading up some more on this. It reads like Sussman failed (intentionally or not) to disclose one of his clients during at least one meeting with the FBI, and the interviewer (December 18, 2017) started to mix together various investigations with various CIA/FBI/DHS/other agencies. Whether he intentionally concealed something is beyond me, but he was conferring with his own lawyer regarding clients that he hadn’t received authorization to break attorney-client privilege, so it could have been a mixup as well.

From my understanding, the actions of the tech executive in giving suspicious data to Sussman was arguably improper but legal and precedented.

Durham seems to have admitted in the past that Sussman wasn’t working in tandem with the Clinton campaign regarding Alfa Bank and Russian ties, and only tangentially names a separate company somewhat involved with the campaign with which Sussman had ties.

It took Mueller and his large expensive team 2 years to produce a report which didn’t really amount to much of anything. Is Durham doing a similar thing and just dragging out this investigation until he can retire or is he actually finding stuff and just toying with the public by tossing out a few bread crumbs every so often?

In any case, I think it’s very much worth asking if he actually has anything or if he’s just feeding us bullshit. I generally assume bullshit, but we’ll have to wait a few months to know for sure.

I think EC landslides are an indication of less party polarized politics. More people who have recently voted R/D can be persuaded to change sides based on current events or specific candidates.

With our current polarization, in 2024 I’d expect Clinton to get a lot more than 13 EC votes because some states have lots of people who are determined to vote for D regardless of the candidate.

Bumping this up so people can read up how the entire “Clinton campaign was spying on Trump”
Or even had anything of substance to do with Neustar/Sussman was a complete right wing media fabrication and blatant lie.

I think EC landslides are an indication of less party polarized politics. More people who have recently voted R/D can be persuaded to change sides based on current events or specific candidates. 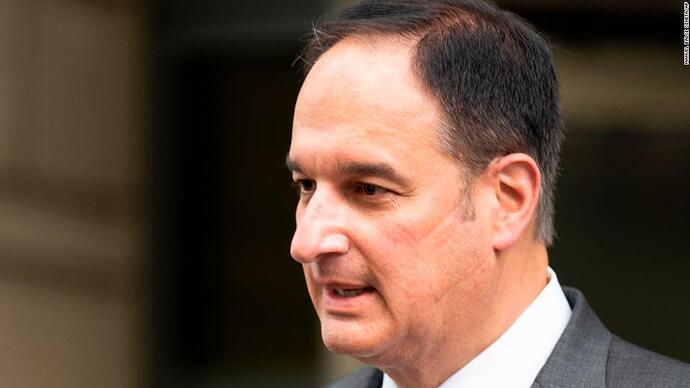 So this was yet another QAnon conspiracy theory?