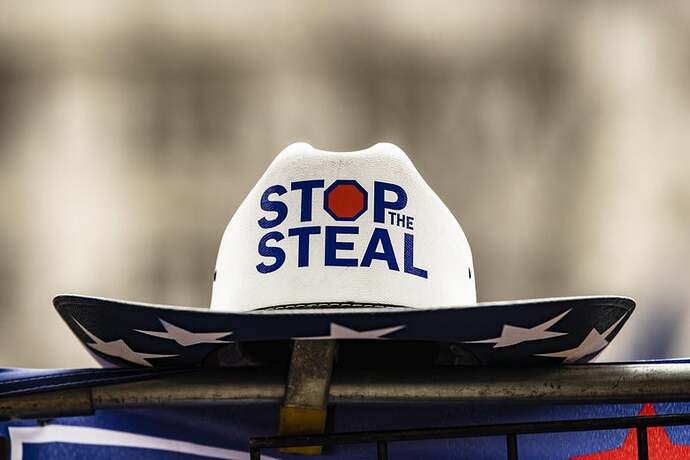 The voting machine company is seeking $1.6 billion in damages from each of the conservative media networks.

I read about this in… either NYT or The Economist this morning… can’t recall. I’m very

Any ideas about suing some of these news organizations for pushing vaccine misinformation? I could see a wife whose husband refused to get vaccinated and died of Covid going after them. No idea how that could hold up in court. I definitely think this is how you protect free speech and combat lying though. Sue the liars every time their lies cause damage.

Fox lost its challenge to be removed from the suit. This could get popcorn worthy.

For those who like to read while eating popcorn:

So the recent issue seems to be over whether they could sue Fox Corp in addition to just Fox News. Fox Corp lost.

“These allegations support a reasonable inference that Rupert and Lachlan Murdoch either knew Dominion had not manipulated the election or at least recklessly disregarded the truth when they allegedly caused Fox News to propagate its claims about Dominion,” Judge Eric Davis said.

The New York Times recently won a case brought by Sarah Palin. But:

“In the Palin case, the New York Times quickly corrected the mistake about Palin that had been added while an article was edited,” Torres-Spelliscy said.

“By contrast Fox News kept up the bad behavior and repeatedly told myths about Dominion’s voting machines. This is likely why judges in several of these Dominion defamation cases have not dismissed them.”

This will be interesting. I’m sure there is a high bar for Dominion to clear for them to prevail and I don’t think any of the early claims are problematic as that was legitimate news even if it was relatively quickly debunked.

I think it’s Fox continuing to push it after it was debunked and Dominion asked for and did not get corrections is where Fox seems like they may get in trouble.

Dominion asked for and did not get corrections is where Fox seems like they may get in trouble.