Does anyone play Go (Weiqi, Baduk)?

I recently got into Go and I have… really dived in head first. Haven’t felt like this since I was a chess beginner.

Does anyone else here play much?

I’ve tried, but like chess I quickly found out I would have to devote too much of my life to be any good at it so I gave up. I already have other serious hobbies so no room for me.

I used to in high school.

You should buy the books that have the puzzles (similar to chess). Those are more fun than actual Go games imo.

Thing about Go is that it seems less algorithmic than chess (which is a good thing, because it makes expert moves seem less obvious), because the rules are so simple and the board is huge, and there’s micro and macro considerations (survive locally but also round off the most territory)

I’m getting up to speed on a 9x9 app which is admittedly more immediately tactical than ‘real’ 19x19 Go.

I learned from this tutorial: Way to Go

I have a couple books for beginners I plan on working through.

I will also pick up shogi soon… we’ll see.

Go is fun, though I’ve played just a handful of times, I think I needed a 7 or 8 piece handicap to hang with players that knew what they were doing.

I’ve got the hyperfixation bad. I see chasing sequences in my mind’s eye periodically through the day.

Yup. Sounds about right for me, ha.

In a couple weeks I’ll go back to playing chess (had to take a month off after I realized I wasn’t enjoying it anymore).

I remember watching the alpha go matches against Lee saedol and wishing I could appreciate it like I can appreciate alphazero in chess. I’ve only played go and handful of times, and like CS quickly realized that I would need years to devote time to it to have any kind of understanding of what’s happening in the game.

I liked this video, made it clear what’s going on re: balance of power and territory. I want to find more videos like it: 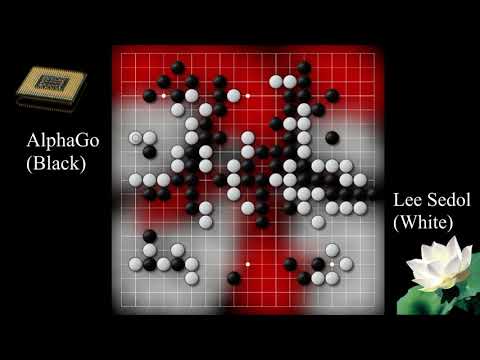 ‘Tsumego Pro’. I’ve been playing 9x9 on GoQuest, and I also have gone through the tutorials on BadukPop and gomagic.org. I got my feet wet on 19x19 on KGS server

Yeah, I don’t do halfway on new hobbies.

That seems like a lot of games…you should try on 19x19 now. You can’t do the territorial stuff on a 9x9 board.

Yeah, need to find some uninterrupted time so I can play a few. Easier to blitz 9x9, ha.

I treat it like I did chess blitz early on; it’s helpful to just get a bunch of tactical patterns in your head ASAP

So, I’m, uh, apparently a 7 or 8 kyu player. I played a 2k player tough in 13x13 yesterday before making a couple big mistakes in end game (ko fight that I resolved one move early).

Not bad for a month of play.

I need to spend a bit of time on joseki (corner openings) as I know like, two.

Have revised my goal from SDK to 1 or 2 dan (amateur) as where I’d like to get eventually. Maybe better but I think I’d rather go back and take chess seriously, try to get to NM or FM someday.

noooo chess is so boring!

I’ve been playing for 22 years, so it’s definitely getting some love from me!