Do not admit me!

I don’t have cancer so don’t be alarmed.
So, say you have stage 4 cancer, and you’re past your 50s and you hate discomfort.
Your doctor says you can undergo chemo and radiation and basically you’ll feel like shit for the next couple months, and if that doesn’t work, well then, more chemo and radiation for you. Chance of success: 10%, diminishes with every unsuccessful cancer treatment.

Once you get admitted, there’s a chance that you’ll never leave the hospital before you die, and you’ll feel miserable the entire time.

Or, you can choose to do nothing and stay home. Then death is certain in a few months. And you’ll probably feel miserable near the end too.

quit saving in my 401k plan

That is pretty much exactly what happened to my mother’s boyfriend. Stage 4 lung cancer in January, dead by October. Took the first approach because you gotta have hope.

For the record though, by the point he made it to the final admittance he wasn’t all there, and was mostly unconscious.

I personally would likely get treatment at least once. But there is hospice care, and even in-home hospice care, which focuses solely on pain management / quality of life rather than a cure for terminal illness if one was to decide that they are done with the treatments.

I feel like the thread title gave the whole game away

Not long ago there was a CEO of a major company who had cancer and I think literally worked up until the month or so before he died. So I would do not that, probably.

Is there such thing as in-home hospice care in Canada, or is that only for people who privately pay somebody to do it?

My momma was doing all the heavy lifting at home as things progressed, but then there was no way he was going to be able to stay home when his lungs started filling up with liquid repeatedly.

Is there such thing as in-home hospice care in Canada, or is that only for people who privately pay somebody to do it?

At least in Ontario, there’s a version of that that’s paid for by the universal health care. My step father passed from lung cancer and refused to go to the hospital. They had nurses or practitioners come by once or twice a day, I think because it’s cheaper.
Related, midwives are also becoming commonplace here. You can consult with a midwife and have your kids at home if you want, courtesy of universal health care. Again, it’s cheaper than the whole doctor/hospital thing. And if things go south, there’s always the hospital as backup.

I’d at least begin discussing palliative care and get advanced directives documented. Speak with a social worker or doctor or nurse about your values. Some people may want to throw everything at treating it, because hope has value. One thing that data has overwhelmingly shown is that most people would prefer to die comfortably at home, rather than hooked up to a vent in the ICU if that means they might live a week longer. Whatever you decide, communicate your wishes to your loved ones and your caregivers, and get them documented in your medical records.

If you do not get enrolled in hospice, the most likely outcome is dying in the ICU. So even if you want to fight the disease, you should still have discussions around your values and wishes. What happens is pts don’t want to talk about the possibility of death, so they don’t. And then they crash, wind up in an ambulance, and then land in the ICU and die there.

Here is a paper we published a couple of years ago looking at this, and some outcomes using data available from CMS. 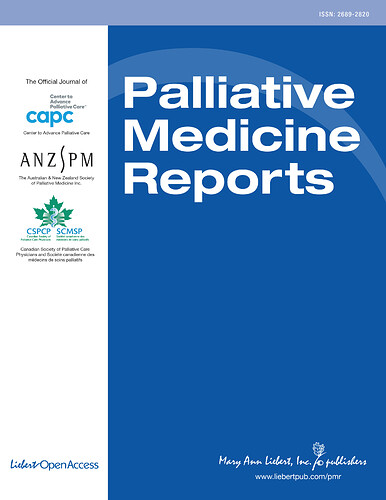 Hospice or Hospital: The Costs of Dying of Cancer in the Oncology Care Model

Here is a paper

Nice use of the oncology care model!

Yeah, this was a pivotal moment, we had been trying to increase hospice use but doctors weren’t listening. Well, some of them weren’t. Once I realized that hospice had a lower cost of care, I could then go to my docs and say that not only was hospice the right thing to do for most pts, but also it would increase shared savings. I wish that just doing the right thing would be enough, but money. So that’s what I ran with, and it worked, hospice numbers improved.

At first it felt kind of sleazy, but getting more pts into hospice and saving on Medicare expenditures… I’d say almost anything to make that happen.

I have a friend who scheduled a lot of family vacations. She also started treatment (outpatient treatment) and there was some hope that some of the experimental stuff might have saved her. But She took her teens to Hawaii and to Alaska before she got too sick to do anything.

Stage 4 and over 60? Treatment would likely depend on the prognosis and how much over 60 I am. If I’m 85, with the 10% chance of treatment success I’m probably not taking the treatment. If I’m 60, I probably am giving it a shot as hopefully I can have a lot of healthy and happy years if the treatment succeeds.

2 anecdotes: my mother got a cancer diagnosis with a poor prognosis in her 70s. Her last year of life was pretty miserable with the chemo, radiation, and disease progression. She at least had her last few weeks at home in hospice care. If she had it all to do over again, not sure what she would choose.

My wife’s co-worker is in her 60’s and recently got a pancreatic cancer diagnosis with a poor prognosis. She’s still working full time while doing treatments. She could take full retirement (60% of salary) with medical benefits included, and I’m surprised she hasn’t retired. I know I would.

there was a CEO of a major company who had cancer and I think literally worked up until the month or so before he died. So I would do not that, probably.

I know of a guy like that. He wants to work until the day he dies. Now, he’s an executive, highly paid, and important. For him, work is super fulfilling and great. He wants no part of giving that up just to start to collect dust as a retiree. Nothing he could do with himself would be more satisfying than going to work every day and being a boss.

I got my doctor to write a note saying I wasn’t disabled in the last two weeks of my pregnancy, so I could keep going to work. I could sit at home in my little NY apartment, sitting in chairs that weren’t very comfortable, and spend the day thinking about how uncomfortable I felt. Or I could go to the office, lean back in my professional, supportive, comfortable office chair, put my swollen feet on the desk, and be distracted by my work. I also had the company of my co-workers, whom I liked. I worked until the day I delivered, and I have zero regrets about that.

put my swollen feet on the desk

what kind of office is this…

A formal, everyone-is-wearing-a-suit office in NYC in the 90s. I got away with it because I was pregnant, and no one wanted to tell me not to do it.