It appears likely that there will be Americans left behind in Afghanistan as well as Afghanis who worked with us over the past 20 years. ISIS and Al-Qaeda aren’t gone. Our NATO partners are unhappy with President Biden with the way he did the pullout, and it appears that people in the White House did receive intelligence early in July that the Taliban takeover would be quick.

Do you think that President Biden lied?

Which statements or whatnot are you asking about.

Note: “was wrong” is not always equivalent to “lied”

I don’t think he’s outright lied about anything. I think early on there was a TERRIBLE disconnect between what was happening on the ground, what his own staff was saying, and what he was saying. Hopefully that gets fixed.

But he definitely had at least that one press conference that was incredibly embarrassing for him.

Which press conference? Which statements were lies? A few more details would be helpful.

I think it was the one a week ago today. Might have been last Friday, though - I can’t remember for sure. 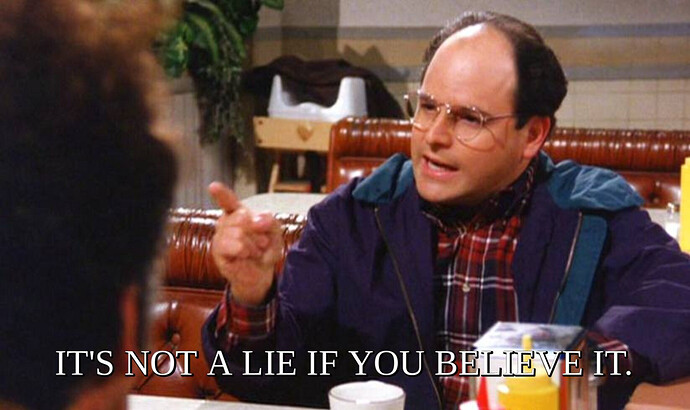 This does not excuse any mistakes made. But it is still nice having a president who at least acknowledges reality.

At this point trump would just be insisting that everything had gone as planned, it was the most beautiful withdrawal ever, and that that anybody who said otherwise was a liar.

Ah Christ, are people STILL obsessed with Trump on here?

Let’s see, did his lips move?

I think you have to define what a lie is before it can be determined whether he lied.

Standard operating procedure for politicians. They are experts in weasel words and saying a lot of things in response to a question that don’t answer the question.

What I’ve found most annoying about him so far is that he’s begun the last few press conferences with briefings on matters that no one cares about, and are a complete distraction from what everyone is waiting to hear about. It is as if he’s immediately trying to deflect attention from the most important matters - the ancillary matters on which he’s speaking can be addressed by his staff or press releases.

Which is … standard operating procedure for politicians.

My memory could be deceiving me since this has been several years now, but I thought I remember Obama and George W Bush (as terrible as he was) getting to the point in their speeches.

I don’t remember on Obama, but I do remember Bush being a LOT more on time. Biden has been massively late on multiple occasions throughout this Afghanistan mess. I get that the situation is changing a lot by the hour if not the minute, but that’s not an excuse for being late for a presser unless there is serious breaking news that he’s about to report on.

I thought I remember Obama and George W Bush (as terrible as he was) getting to the point in their speeches.

They were both probably less circuitous / rambling in their talks; I don’t think you’re remembering that wrong. That’s kind of how Biden is, IMO.

We knew what we were getting well before Election Day though. This is not a new development. I’ll still take him over Harris or Trump.

“Which statements or whatnot are you asking about.”

It appears likely that there will be Americans left behind in Afghanistan as well as Afghanis who worked with us over the past 20 years. ISIS and Al-Qaeda aren’t gone. Our NATO partners are unhappy with President Biden with the way he did the pullout, and it appears that people in the White House did receive intelligence early in July that the Taliban takeover would be quick.

All of them. The president said he’d be getting all Americans and the Afghans who worked with us out of the country before August 31. I doubt many people believed it when he said it, and even fewer believe it now. On September 1, if he defined everyone who was left behind as someone who “wanted to stay”, does that count as a “lie”, “being wrong”, or “something else”?

He said he had “seen no question of our credibility from our allies around the world”. Someone must have forgotten to tell him about that one too. Maybe the White House Google account is blocked. Was he lying, or was he simply wrong?

He also said that no one predicted the Taliban takeover would happen as quickly as it did. He said the estimates were in terms of months and years. It didn’t take long for information to leak that the Administration did have intel from several credible sources that the takeover would likely be quick. Was he lying, or was he wrong again?

The other option is he is acting… now that is pretty much SOP, especially in matters of defense and foreign policy. It’s a game of bluffs and posturing.

If you were President, and you decided to always tell the truth, I’m afraid you would be a huge liability. The NSA would cringe every time you held a press conference. You really shouldn’t just blurt out stuff about military capabilities and intentions when asked by a reporter. And if all you are going to do is reply no comment then just skip the press conference.

“The other option is he is acting”

Well he fooled you, so the act worked for at least one member of the audience. You were trying to decide liar or wrong.

Really, politics and foreign policy is not a good career choice for those that see lying as a terrible black spot on the soul. It’s an act. Performance art.

Do you think he was simply acting? Is that your “something else”?

By and large, yes he is acting as the President. It’s a nuanced situation. The motivations for the performance can be national security, political, or even self serving, among others. Sometimes, the speech is simply an aspirational goal. It’s hard to actually know which are in play at any given time. It is for me, at least.

Is Biden ever wrong? Sure. I don’t know anyone that has never been wrong. The ability to recognize and correct an error is a positive in my book. A failure to do so is a negative.

Elaborating on the goal speech: I’ll easily find hundreds of CEOs who tell the employees they want to be the best company in the world. Now obviously, they can’t all be the best. There’s only one that will be the best.
So are they lying? Are they wrong? Not in my book. It’s more nuanced than that. For shorthand, I just lumped all that sort of thing as acting. Perhaps I could have used a different word. Any suggestions on a better word?