That’s according to Orlando Bloom and Katy Perry, if you don’t call your senator.

PS: Since Trump left everything is so boring!

I don’t do celebrity gossip, but I vaguely remember that you were the guy that played cheerleader for Putin. How is that going these days?

We’ll see how great Putin is for Russia after DEN knocks them out of the group!

Russia is fortunate to be able to compete as a nation, something they will be unable to do at the Olympics or World Cup.

Nothing particularly exciting, seems like Biden and Putin are agreeing on a few things.

Even more significantly, the two leaders put pen to paper on a new document: the Presidential Joint Statement on Strategic Stability. While commentators and Russia-watchers have looked to analyze everything from body language to the sandwiches available at the summit for clues as to how it went, the signed statement itself has received little attention.

It is common knowledge that nuclear weapons are probably the only area in which Russian and American supremacy is unchallenged. That status quo is also one of the most significant factors in global peace and security, given the scale of destruction atomic bombs can yield, and the fact Moscow and Washington will likely never be rivaled in the size of their arsenals.

These days I am cheering for Xi Jinping. 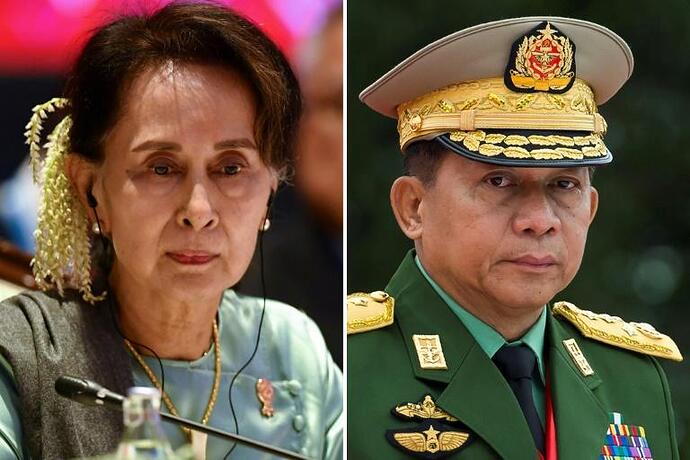 Myanmar's junta chief arrived in Moscow on Sunday to attend a security conference, marking only his second known trip abroad since he seized power in a coup.