We are currently at about 400,000 page views per month, with 4500 user visits monthly. Trend on both has been consistently upwards with new signups and participants most days.

Personal comment, no real traction in the exam sections unfortunately, though we’ve put some effort into this. Too bad, because i think there’s really no resource right now that’s got much if any traction in this area.

Trend on both has been consistently upwards

In general terms, the site is doing fantastic, lots of people visiting and interacting. I think we’ll have to somehow capture the attention of exam writers though, before it’ll really take off.
I beleive there’s been a shift after the transition - more heavily weighted towards CAS people than the AO was. Just my impression from reading posts. Also, the only exam sections seeing any action are some of the upper CAS exams. No idea why that idiosyncracy exists.
I do know people are looking for SOA FAP groups and that nothing exists. I also have no idea why folks don’t use this site to organize that.

Perhaps reach directly out to both the SOA and the CAS to see if they’d be willing to point candidates toward the site for study groups as an additional resource?

I believe that the CAS isn’t willing to even unofficially endorse any forum or site. It did recognize the AO as “the” place actuaries went, and had people monitoring conversations to try and get a pulse on the thoughts of CAS members and candidates, but that’s as far as it was willing to go. If anything, it would prefer setting up its own exam study area to drive traffic there while ignoring everything else. (Which cuts down on the appeal of having it be some one-stop place for actuaries to interact, but … you know.)

I think some of it will just have to be word of mouth. Perhaps do something kind of inexpensive to reach out to people and say hey, we know you might have used the AO but since it’s gone, check us out!

There was an informal interaction between the AO and the CAS Exam Liaison to the effect that they would post updates on information about Exams.

And currently, this same role will reach out to us moderators about “infractions” within the CAS Exam sections. So they’re aware of us, for sure, and willing to work with us on things.

The question become to what extent will they work with us “in the other direction”?

I do like the idea of purchasing an add in the Societies publications (much like what DWS and other recruiters do). But getting exposure within their respective Exams sections on their websites would go a lot further, IMO.

I didn’t want to get that far into the weeds of discussions, but yes - to the extent stuff like that happened, I know the CAS and AO talked. That’s still not an endorsement by the CAS of any kind, which is what I’m taking away from your comment about reaching out to the CAS to try and get it to point actuaries here. [I’ll stand corrected if I’m misreading that post.]

Otherwise, I think the main “competition” right now is just the actuarial area on Reddit. I recall another site being launched, but when I’ve checked on it the last few times I get a 502 error so I’m guessing it’s no longer up and running.

Could do an ad. Maybe even cheap swag to hand out at some functions. Maybe hire a vehicle out to drive around or park very near insurers in NYC, the Chicago area, Hartford and Boston with the billboard in the back that has the site name on it. [Which I think would be funny as hell.]

To my knowledge, Reddit is the only other site that has any traction, and there’s not much exam stuff there. The other forums are dead, and I think the discord’s are too.
In terms of spending money to promote the forum, I’m gonna need some expected increase in revenue as a result. I did my guzzinta’s, and it’s not looking good. 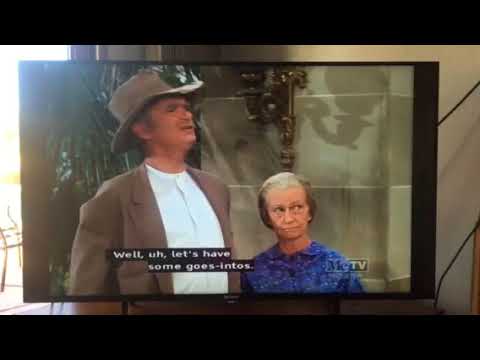 Issue a couple NFTs of moderate-quality posts on the site, promise a dozen more of higher quality to investors willing to put up $250K. Sell rights to 10% ownership of that to a hedge fund for $500K.

That’s still not an endorsement by the CAS of any kind, which is what I’m taking away from your comment about reaching out to the CAS to try and get it to point actuaries here. [I’ll stand corrected if I’m misreading that post.]

I can see how you might get to that interpretation, but that’s not what was intended.

That is, no need to look for a CAS and/or SOA endorsement of any kind; just if they were willing to sport a link to the site for Exam studying. I know that it’s a long shot . . . but just throwing out ideas to see what they might spark.

But I think ads are the most likely arena.

And potentially partnerships with Study Guide authors. I’ve noticed quite a few are posting/“advertising” their wares (and updates thereto).

I think this is the chief competition for exam chatter:

Check out the Actuarial Exam Study Group community on Discord - hang out with 1,917 other members and enjoy free voice and text chat.

In fact, i think it’s the winner, and has the vast bulk of exam chatter.

I have marketing software (not used here) that lets me send out bulk emails, track individual times and number of times each person read the emails, if they forward it, if they click on any link, if they fill out any form, visits to any websites that I own, where they came from (i.e. from any advertising campaign) AND I can watch a video of what they did on the website when they visited. That’s off the shelf stuff today. So no, nobody’s counting one person visiting twice as two unique visitors :).

number of times each person read the emails

I generally read my emails in a preview form (rather than “opening” the email). Do you know if the software recognizes this as “being read”?

There’s a small image in the email called a tracking pixel. Every time the image gets pulled, it triggers a read. So, probably.