Sorry if covered elsewhere, but what is the logic to a curfew, or closing restaurants early.

I don’t see the benefit, or at least not a substantial additional benefit.

I really don’t know, but one possibility that I can think of is that the later you are out the more likely you will be intoxicated, And intoxicated people don’t socially distance well.

No idea if that’s true or not.

maybe, but in many places you can’t sit around a bar drinking

No, but you can sit around a friend/family member’s house drinking. The longer the gathering goes on, the drunker some will be IME. 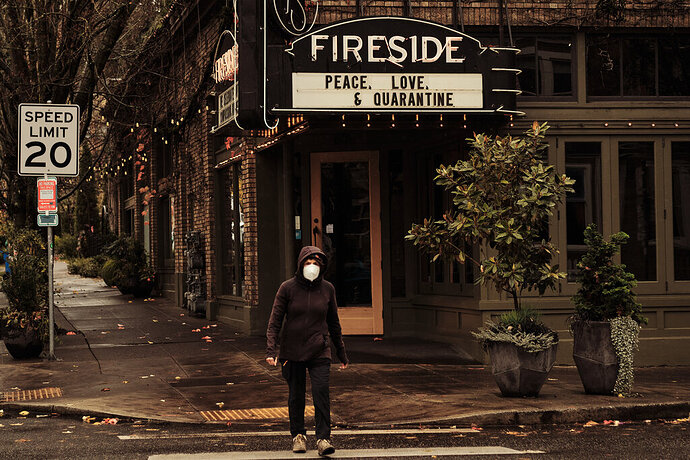 Why Are States Imposing Virus Curfews?

State and city leaders are trying to slow the spread of the coronavirus without full lockdowns. But whether curfews will help remains unclear.

Gov. Charlie Baker of Massachusetts said at a news conference this month that the state’s stay-at-home advisory was meant to “reduce the number of opportunities and activities where people gather in groups and get them home with only members of their household.”

In California, counties with severe outbreaks will have a curfew beginning Saturday. Dr. Mark Ghaly, the secretary of California health and human services, said the state’s order was meant to “target activities that are particularly high risk,” like eating and drinking inside restaurants.

The article also talks a lot about how it’s unclear that the curfews will really help, and that, at the end of the day, it’s going to be nearly impossible to distinguish the impacts of the various actions.

In ny, they also closed gyms at 10. I see no reason why you are more likely to catch covid at a gym late at night than earlier. I have avoided the gym entirely thought since covid was a thing.

COVID doesn’t like the night sky. Probably Orion, or the Seven Sisters.

A lot of it is going to be, “well, if we can’t go out past 10PM, no reason to go out at all.”
However, a lot of people will simply shift their hazardous behavior to daylight hours.

The explanation given when Connecticut’s governor explained the state’s new 10-5 quasi-curfew was that they were seeing a lot of transmission through social gatherings, such as house parties where gathering size limits, mask requirements, and/or other social distancing limits are being ignored.

By telling people to go to and stay at their homes at night, they hope to constrain that particular vector.

The only thing that comes to mind about enacting a curfew is that it makes it easier for law enforcement to act on large private parties.

And, unfortunately, to choose which parties to crack down on in which neighborhoods.

I’m guessing because if the bars are closed then people might just switch to sitting in a restaurant getting drunk?

That’s weird. There’s usually very few people in gyms late at night, so they would be safer after 10 than earlier in most cases.

Unless it’s part of an overall curfew, I don’t under the logic there.

Our curfew actually has lots of exceptions. Like exercising, walking the dog, buying groceries…

I think the point is to reduce the number/length of drunken parties, but it seems kind of unfocused, if that’s the point.

Just one more way to exert power and control over people.

In my state, I’m pretty sure that closing bars and restaurants at 11 pm is the Governor’s attempt to look like he is doing something, when in fact he is doing nothing.

I dunno. The professionals seem to be all over the place as to where this is being transmitted.

In my state, I’m pretty sure that closing bars and restaurants at 11 pm is the Governor’s attempt to look like he is doing something, when in fact he is doing nothing.

I think it’s doing something. Quite likely not enough, but something mildly beneficial. The later you are at a bar the drunker the average person is.

And I think most of us assume a negative correlation between the level of drunkenness and the level of care executed regarding masks and social distancing.

And while some people might just get an earlier start, a lot will not.

The province of Quebec now has a curfew between 8 pm- 5 am for the next month.