This story is going to grow exponentionally. Basically her campaign paid Neustar to have them access internet traffic coming into and out of Trump Tower. This is about as dirty as politics get right here. Also extremely illegal. 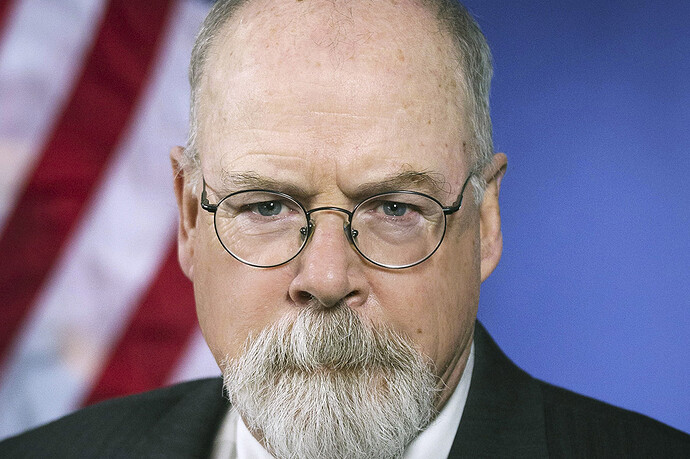 Michael Sussmann, who worked through his law firm as an attorney for the Hillary Clinton campaign, is accused of a single felony count in a grand jury indictment.

This is going to ruin her chances of becoming President in 2024.

Worst thing I can find here was that Sussman didn’t disclose his political affiliation. Don’t mind having the book appropriately thrown at him but it doesn’t shock me.

Was it illegal for the unnamed tech executive to direct people to look into Russian connections? I truly don’t know. It’s sketchy that the executive believed they’d receive a top cybersecurity position if Democrats won, but I don’t see anything in the legal document implying anything other than some people thought it was “inappropriate”.

I think the precedent has been set that lying to the FBI is not a serious crime and deserves a presidential pardon.

It also explains why Clinton didn’t do “more” about challenging election results.

Also might explain why Trump had considerable sway over deterring the “Russian probe”.

Not a bad outcome. How old is she now?

I’m a little surprised she’d be dumb enough to do this though. This stuff always comes to light at some point, it seems.

The unnamed tech exec is the CEO of Neustar which runs DDS stuff for large companies. Basically ensuring their IP addresses can handle the traffic back and forth. I would say it’s troubling this company gave access to Trump Corporation internet traffic to look for Russian contacts to a political candidate for President. In fact I think this is just as bad as many of the things Trump has done. It also brings to mind why Trump won in the first place. The Clinton’s are dirty operators themselves.

So one presidential nominee paid for someone to eavesdrop on the communications of the other party’s nominee. Didn’t something like this happen in the 70s?

Didn’t the big problem there come from the attempted coverup?

The coverup only exasperated the situation. Illegal activities (and the activity was acknowledged as being illegal) would’ve made Watergate a “big problem”.

It also explains why Clinton didn’t do “more” about challenging election results.

Why and how would she have further challenged the results?

If only there was an existing thread discussing the Durham probe…

Ad far as I can tell, all we have is a snippet from a court filing.

I’m not going to spend much time thinking about this until more context is added.

Republicans see the danger that a technocratic bureaucracy undermines the legitimate democratic will of the people, through a thousand small protests, and now most especially by engineering a criminal investigation of the president.

The problem is that this looks a lot like honest government workers trying to limit the damage caused by the reckless or illegal actions of trump, somebody who pretty clearly doesn’t really believe in democracy or the rule of law.

This probe certainly can’t do what a lot do republicans want it to. It can’t clear trump of working with the russians, which a bipartisan senate report found he did, even if there is not enough evidence that engaged in a criminal conspiracy in the technical sense to justify charges.

This reminds me of some of the wishful conclusions democrats tried to make based on snippets from the mueller investigation. They also wanted that to be able to do more than it could.

I’m a bit confused. Did the Clinton campaign pay a cyber security guy to steal data? Or what exactly?

And was he looking for actual an crime or trying to sell a fake crime? Was the data real?

And did the campaign use this (real? fake? stolen?) data for anything?

Did Clinton talk to these people herself? Did she know that they are bad guys? Do we know what she said to them?

Reading your article I don’t see anything bad at all, but clearly you read some other article?

which a bipartisan senate report found he did, even if there is not enough evidence that engaged in a criminal conspiracy in the technical sense to justify charges

Just because charges weren’t filed doesn’t mean they weren’t justified. This would have been a slam dunk case if we had an independent justice department.

This should, but won’t, cause major changes at several major news organizations. NY Times, WaPo, CNN, MSNBS (in a giant way) and others took the Russia connection and ran with it. Constantly accusing Trump of being a Russian patsy (or possibly agent).

Turns out every bit of the “evidence” from anonymous sources was manufactured by the Clinton campaign and shopped around to the media and then to the Justice Department so they could say that JD was investigating Trump.

Constantly accusing Trump of being a Russian patsy (or possibly agent).

I’m not sure it was only the clinton campaign playing anonymous.

For example, there was that time trump publicly asked russia to hack clinton’s emails and then release them.

(I remember when that was shocking. Ah, simpler times.)

I always interpreted that as an overly aggressive as$hole reaction to the Russia accusations. Along the lines of “Oh, I’m a russian spy? Really? You believe that cra$? Well then, watch THIS!!”

Stupid, but in character for that raving narcist.