CAS Admissions Roadmap: 2022-Infinity (and beyond)

Guide to the Future of CAS Admissions: 2022 and Beyond

The intent with releasing the ATP at this time is to minimize the disruptions to those on a path to CAS credentials. The ATP milestones in 2022 represent announcements of additional details, including transition plans, as opposed to the implementation of changes. The first key milestone is an announcement about preliminary exam requirements. This is a high-priority item and we expect to communicate details no later than early next year. We are aiming to provide as much advance notice as possible to those on the CAS credential pathway, with adjustments to requirements not beginning until 2023.

Because we’re sharing information at such an early phase of the process, it is natural that the information is at a high level. We are working in an agile way and this plan will continue to iterate, with more details added over time. It is critical for any credential to reflect changes in the profession it serves, so this approach allows us to be responsive and adaptable. 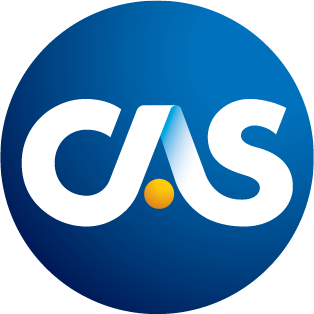 The Casualty Actuarial Society (CAS) is announcing two changes to its credentialing requirements as part of its multi-year Admissions Transformation Plan (ATP):

I feel like this makes it less likely for candidates to go the CAS route.

Well, I do think 3F/MFE was the most useless and irrelevant exam to actuarial.

Really? Sounds like IFM is phased out of both societies so not sure why this would make CAS less appealing.

I find it hard to imagine candidates taking the online course if they aren’t already in the CAS track. Prior candidates would take Exam MFE/IFM/3F and would not yet need to decide. I think candidates will just take the take home assessment from the SOA instead and forget about the CAS.

Agree, felt CAS should have replaced ifm with the same ATPA exam SOA is doing

Also it costs students money to purchase online courses and exams. I think it makes them less likely to pursue.

Eh, it costs money to take the first few exams anyway before you’re employed. You shouldn’t be paying for online courses, and if you are, I doubt the cost is prohibitive enough.

iirc CAS did away with multiple choice questions back in 2003/2004 for upper level exams for a variety of reasons including inability to obtain partial credit. I understand the need for balance between ease/speed of grading versus that though.

Also in the 2000 transformation they removed shorter exams and merged them together into longer ones in order to speed up transition time (someone correct me if I am wrong).

It almost seems as though we are going back to that in a way or at least it is being considered.

As for the online courses, I thought that the ones they implemented that replaced parts of the old parts 5/7 were a step in the right direction (not that it made what those exams became any easier).

Regarding the randomized question part… does CAS said anything about compensating for difficulty?

How does CAS judge the difficulties of question and make sure each candidate is graded accordingly?