Building a new process from the ground up

Has anyone ever been given white space at work? I did lead 2 teams at work and one of those teams has pretty solid processes and does a lot of work in Excel and SAS. The other team needed some development and had a data structure ripe for automation and tools. Over the last year we have basically totally transformed our relationship with all customers on the tools side of things by building a data model in Power BI and then constructing a bunch of tools and visualizations off of that. The other side has bigger data sets (pharmacy claims 200ish million instances a year verses 2.5 million instances a year in the already accomplished data structure) that really need Azure to get them in the same spot. My boss took all of the current work for that team off of my plate and promoted a teammate to run their day to day. She has asked me and my tools peeps to build the future processes and data structures for her entire team. She wants me to build the strategy, roadmap, and everything. Basically I have been given white space to see what I can come up with. It’s exhilarating and a little scary at the same time. I have ideas but was wondering if anyone else ahs bee in a similar situation and how they managed it.

I thought this was gonna be about spacing between text.

Anyway, don’t use too much kerning.

I, also, did not expect the subject matter of this thread based on the title.

But to answer the question of the op, i was once the first actuary hired by a non-actuarial department, and i was told what their problems were but given pretty-much free range to attempt to solve them.

I started by building a model that was much too complex, but ended up:

Instituting quarterly meetings between my department and key actuarial departments.

Building a somewhat automatic reserving process, which i used to estimate the impact of operational changes on our claims process, and to make adjustments to other reserve estimates

Teaching a lot of managers about development, and the differences between calendar year, report year, and accident year.

And ultimately, convincing the claims department to overhaul their regular management reporting, to make changes from expectations more visually obvious, and to include incurred as well as paid metrics for longer-tailed lines. 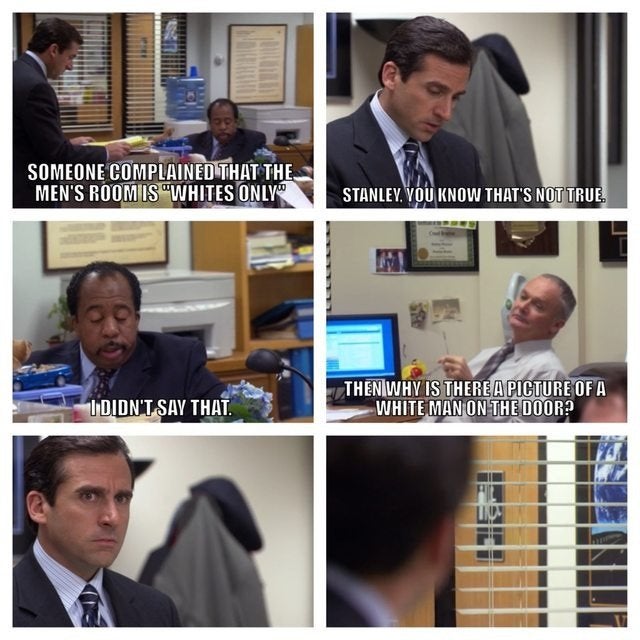 I would not try to do it all at once.

Write out your thoughts and then prototype as best you can.

Revise your thoughts and then prototype again.

If the challenge is technical then i’d start playing with the technology right away with smaller data sets, and paying attention to how it might work with larger data sets. Not knowing what the report look like is harder. You have to prototype “looks” with the technology at the same time, and try to come up with something that works for both the people and the technology.

I presume it refers to space on your Outlook calendar not covered in meetings.

How familiar are you with the Microsoft stack? Power BI, Azure, etc.

Second, you’ve already decided on a solution (Azure) and you may not have even defined the problem yet. Maybe that is the right solution, maybe not. Azure is a cloud service, not a tool. What you may need is more computing power or storage space or faster processing or maybe smaller data sets or better defined data cubes. As an example, my team is pretty evenly split on the use of R and SAS. The R users are pretty adamant that R is the only tool we should use. However, most of what I do can’t be easily replicated in our R environment for a variety of reasons. It could be replicated but not easily or efficiently, sort of like driving in a screw with a hammer. Beware your preconceived notions of what the right thing to do is.

Third, know what your end user actually needs and focus on that. With a new process/system end users want the world. Figure out what is need versus want and build to the needs, not the wants. I’m assuming from your post that you’ve got 200 million pharmacy claims. Do you really need all that detail for the final solution? The answer is almost certainly no. 75% of your users are going to use some very high aggregated data that is, at the most, a couple of hundred records. Some users will need more detailed data. Figure out what that is and build for that. Some users will need very granular data, build a separate process for that. Nobody needs all 200 million detail records. Moving it around and storing it is a waste of time, space, and money. Remember that a one size fits all solution only fits all because it isn’t really a fit for anyone.

So we have about 200 million RX Claims a year. We currently have a lot of stored processes in SAS which is fine. However we are getting to the point of outgrowing that space. My thought is build the claims dataflows into our PBM usable star and snowflake schemas. Once those are all set up any reporting can be done off of them nearly instantly in Power BI.

The next step is harder as we currently create in SAS a full projection of next year and the following years claims at a drug level. Those are used for all of our financial modeling around the cost side of things. My next goal would be to get that process moved onto Azure and have those models fully accessible for reporting service as well. Right now it’s write a bunch of code in SAS to get what report you want in either scenario . Once Azure is setup it’s open a Power BI desktop app, link to the data model and start dragging and dropping to create charts and tables. It takes all the code out of the process for most analysts. That makes them more effective and drastically reduces time to output for new reporting requests.

You come in with some term you think everyone knows. Turns out no one does. (Probably because they have not been included, cuz not white!?)

From the internet, after ignoring “empty parts of pages”: 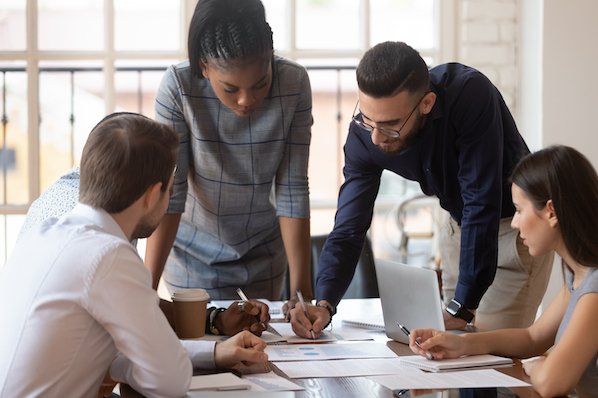 How to Find Your Business's White Space Opportunities

Let's figure out how to find untapped innovation opportunities in your business. Let's talk about white space.

A white space is where the unspoken, unmet needs of customers are discovered in order to spark innovation. It’s a business process used to uncover opportunities, like new audiences and product improvements.

One thing to note is that our (actuaries’) customers are more internal than external. They also do not know what they want.

It sounds like you have all the pieces defined for your strategy, roadmap, and everything. I’m not certain what your real question is. If it is affirmation, You can do it!

You know that SAS can be run on the Azure cloud services right? Azure isn’t a tool or an OS or anything like that. It’s basically a server. It sounds like your needs are more memory space (either storage or RAM) and processing power. You can leverage the larger processing and space in the cloud space that you might not have on prem. You may have to use either SAS EG or SAS Studio which isn’t that big of a deal. You may even be able to use PC SAS but I have not used PC SAS to connect to a cloud instance before so I’m not certain. If you run your SAS software on your Azure cloud space their is no conversion needed. Boom, done!

I have a feeling from the words that you are using that this isn’t what you envision and what you are really talking about is using some language besides SAS as ETL so that output data is loaded into tables that Power BI can read and using that BI software for your companies reporting needs. If I’m right about that, really identify your end users. If it is analysts like you state, they are probably okay with dragging and dropping and building their own reports. If it is executives, directors, managers, or bosses you will need to build every report for them and then they still won’t use the system because the list of reports is too long and too hard to find so you will have to build a custom dashboard for each of those users with the reports they want and they will still have someone else run the reports and export them to a pdf.

One last thing that I forgot to mention above, when you change your processes understand that your end users don’t want to change their processes. So if you email an excel file to them today. Your new process better email them an excel file as well. If you are now making them go to some application/website/cloud where they need to do this or that and this other thing, you have simply transferred work from your team to their team. That is not a process improvement. Regardless if the process is an improvement overall, you will get pushback from the team you are transferring work to and rightly so.

I prefer the old thread title, where no one knew the phrase.

Thanks Lucy for the edit. I never even considered that White Space would be construed in a racial way.

I don’t either.
Probably because I don’t think of space as a compliment

But don’t overuse the kerning

I think most of us were joking that people could take it the wrong way.

I don’t like to be niggardly in using my humor.

A few times, bosses have asked me to do whatever it is I think would be useful and interesting. This is in part to keep me satisfied, and in part because some of my best projects have been spontaneous and peculiar. ie. The result of some mad scientist urge. They are also some of my worst projects, of course. It’s less common now that I’m older and blander.