Be my Google please.

What are the main considerations / brands / etc?

Any anecdotes on what was bad or good?

Asking of course for a friend.

Electric not manual. Other than that I dunno it’s been a few years. We had ones that the bottle base just screwed under the suction part. Evenflo brand I think, though not sure how important the brand is compared to just getting the portable double electric. I also wasn’t the one getting milked.

Wife liked using one of those bras that the pumps can sit in without her holding it as well.

Yes, get the tube top holder so they can pump and do other things.

I hated nursing and exclusively pumped. So I was pumping between 40-45 ounces a day (which is a lot). I’m sure the model I was using is no longer produced, but I think it was a medela. It was built into a big purse tote looking thing and had an adapter. It worked well for me, lots of suction. Never tried anything else. I’m wary of the models you can just stick into your bra and go…how does it get enough power? 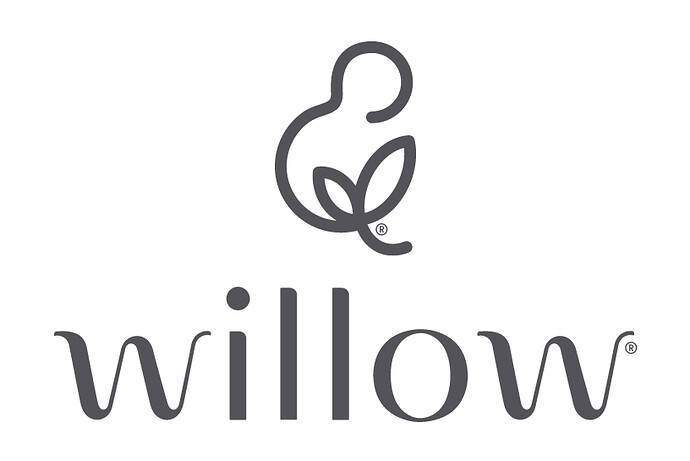 Willow is the only breast pump that can promise true, spill-proof mobility for pumping moms thanks to our proprietary, patented technology that creates continuous suction similar to a baby’s latch.

If she’ll be working or pumping a lot, don’t go cheap. It’s sanity for your “friend” and food for the baby. Definitely want a means to do it hands free.

Pro tip: Help with cleaning the pump and milk storage. There will be times she doesn’t want to look at the pump.

what did humans do before technology

Snik is gonna be a daddy(or already is one)? Congratulations!!!

I used Medela pumps both times and they worked well for me. It’s been over 10 years since then though, so there may be better options. I did not like the Lansinoh pump that I tried.

Buying an extra set of pump parts can be a really nice convenience depending on how often the pump is used.

My own experience with breast pumps are limited to a couple of occasions where a lactation specialist brought her gear to a couple of, um, interesting parties I attended.

However, my wife was working at a couple of high-end baby supply places before her car accident forced her into retirement.

She says that back in the day, she strongly recommended Medela gear to new moms. She cautions that things could have changed since, but she hasn’t heard anything that would lead her to believe their quality has declined.

The closest she could find on their website to her preferred model from her retail days is:

The award-winning Pump in Style has been the first choice of moms for more than two decades. Designed for moms who pump several times a day.

She cautions again that it’s been many years since she was in the business, and that I’m going to be in serious trouble unless I point out that I met her at one of those parties.

I don’t believe that consumer models can ever be completely disinfected. (The kinds you rent from a hospital are different of course.) Something to keep in mind if considering a used one.

gosh it’s so complicated to have a baby

My health insurer gave me a free pump, IIRC. But I suspect it works differently in Canada.

Great info, thanks everyone. What about bottles? Any style in particular matter or are they all fairly similar?

Ideally my friend would like the option for the baby to either take a bottle or go directly to the source. Production has come in and baby latches well.

There are bottles that are more breast like, all the way up to ones that are embedded in a fake breast which is worn by the feeder.

A lot will depend on the baby. Some babies might try to refuse the bottle in favor of the breast, or might not want the breast after they get used to the bottle, as i understand it.

your friend probably needs to be ready for things to not go exactly according to plan. and needs to be at peace with giving some priority to her comfort via the breast pump, which should be easy, but sometimes isn’t due to societal expectations of new moms.

Household experience says it’s baby dependent. After trying a bunch of assorted ones that were supposed to be most breastlike, turned out the kid would only take the cheap basic old school bottle kind. Wouldn’t take a bottle from mom tho. Only wanted milk on tap if she was around.

And congrats to your friend!

your friend probably needs to be ready for things to not go exactly according to plan.

If it is important to use bottles, I would recommend introducing them early. With my first I was terrified of nipple confusion and waited too long (I think about 6 weeks). She refused every bottle offered until right before I had to return to work. That was incredibly stressful. With my second I didn’t make the same mistake and started with bottles at around a week or two old and offered one every few days. No issues at all. Don’t get me wrong, there are babies that will refuse the breast due to bottle use, but in my situation bottles were required, so worrying about a thing that might happen actually pushed me into a worse situation.

Any bottle is fine. Babies will sometimes have preferences or have issues with GERD, but no need to borrow trouble. Start with a simple version with just basic parts that are easy to clean and then try something new if necessary. Do start with the slowest flow nipple.