Thinking this is a massive pile-up in LoCal area caused by a semi, but no. 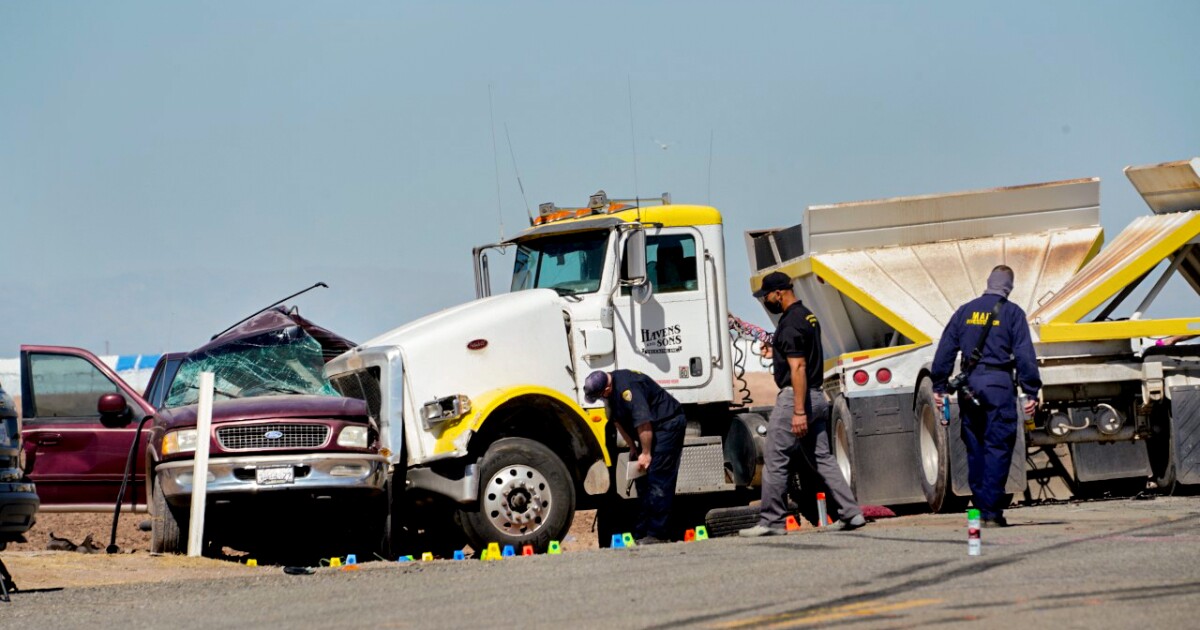 The crash occurred shortly after 6 a.m. north of Holtville, near the Mexico border.

ONE CAR! An SUV with 25 people in it.
No evidence of a chase (the article notes that one in three chases (involving ICE or border patrol) end up as crashes).
Guessing overweighted and hard to control (there have been winds lately).

Holy SUV clown car Batman! How the hell do you pack 25 people into one SUV?

That said very sad for those killed.

It’s Trump’s fault. Trump has shown us that people can be entirely reckless with their behavior, and thus can find excuses for things like this.

Honestly I have no idea how 25 people can be packed in. They’re possibly smaller than average, or some/many are children. It looks like the largest possible GM SUV.

I guess you remove all the seats but the driver seat and lay people in like cord wood.

It is a Ford, likely an Expedition. I agree that rear seats were likely removed.

I was in a cab of a truck (not an extended cab) with 7 people and 2 dogs once. A few of us were kids (I’m pretty sure I was the youngest, so I got to be on top of one of the stacks). A bit more than a half hour or so on an interstate.

Extend that into 3 rows and stack some people where there couldn’t have been a stack due to “driver” and you can get to 25.

Didn’t realize it was one SUV, that’s crazy. What a sad loss of life.