Hey any of you guys excited about the new moon landing program? First flight happens this year.

They gonna fake this one, too?

If it results in Buzz Aldrin punching someone else in the face it will be worth every penny.

I like how Canada is thinking ahead and making provisions for being able to adjudicate crimes of Canadians while in space.

What do you put the chances that it launches tonight?

greater than zero, less than one

Not high enough to stay up late.

I’m far enough west I’ll probably stay up late enough to see if they cancel it.

I wonder if there’s an easy way to get my phone to wake me up the moment it actually for real lifts off. Maybe some kind of text thing hmm

Oops, guess it launched. We’re on our way to the moon now. Supposed to get there by Monday, I think, and start doing the loopdyloop.

That animation says it will be gone for 25 days. I thought that I had read it was supposed to be 42 days. And an article on Space.com says that:

Artemis 1 is the first test flight of the agency’s new Space Launch System megarocket and the Orion crew capsule. The SLS rocket launched the uncrewed Orion spacecraft on an approximately 42-day mission, during which it will orbit the moon before returning to Earth.

I remember back when the first launch attempt happened that they were saying 6 weeks and I thought that was a really long time. But NASA says 25 days like the animation. What gives?

I guess the launch windows had long (up to 42 days) and short (up to 26 days) duration missions. I guess this was a short one. Not sure what causes the difference. Do they do the loop-d-loop 2 times on the long ones? 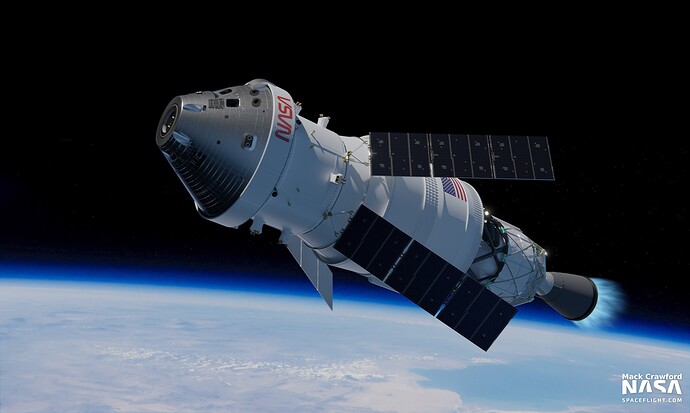 This says the choice between long and short depends on a bunch of random requirements, that were set on the day of launch. So I guess NASA knows now???

It also says that the DRO Orbit is 12 days, so yeah I suppose the long version would have an extra loop in the middle. And presumably we could do more 12 day loops if we felt like it?

Could easily made balls and penis in the flight path.
But, they blew it.

But, they blew it.

Don’t be disgusting! It’s clearly a labia with the moon as clitoris.