Are we allowed to say niggardly

Both on this forum and in life.

I think even among the black community there’s a wide divide on this.

I advise against it in real life. Too many morans out there.

I don’t know about the black community. It’s a long drive to the nearest one.
I do know of one famous incident from a decade(?) ago, in which someone said it then had to explain to ignorant people what its definition is.
So, that would probably happen every time you said it.
There are more popular words that people understand.

Now, if you don’t mind, it’s my cigarette break, so I’m going outside to light up a fag…

What?? I’m BRITISH!! THAT’S WHAT WE CALL CIGARETTES!!

These days I can’t even go gather a bundle of wood sticks or billets that is 3 feet (90 cm) in length and 2 feet (60 cm) in circumference anymore.

For that joke, I was.

The incident I referred to was in 1999, so TWO decades ago.
Apparently Bernie Sanders used it in 1986. SCANDAL!

Also, when wiki already has a page for your question, you should simply read it.

Controversies about the word niggardly

In the United States, there have been several controversies involving the misunderstanding of the word niggardly, an adjective meaning "stingy" or "miserly", because of its phonetic similarity to nigger, an ethnic slur used against black people. The two words are etymologically unrelated. Niggardly, arising in the Middle Ages, long predates nigger, which arose in the 18th century. Brutus: The deep of night is crept upon our talk, And nature must obey necessity. Which we will niggard with a lit...

Or, heck, make a podcast about it!

you can be my first guest!

I have a voice made for newsprint.

And a face for radio?

And a face for radio ? 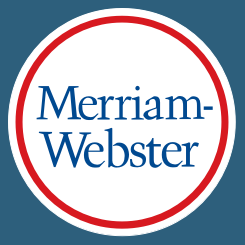 Usage of Niggard and Niggardly

M-W can go eat a bag of dicks!

Brings to mind the ESPN tennis announcer who was fired in 2017 when he complimented Venus Williams for her successful “guerilla” tactics in poaching the net.

“Woke” people and the NYT excoriated him for being racist because they hear “gorilla” instead of the makes-so-much-more-sense “guerilla” .

I think I have mentioned it before, but I had to talk down a co-worker who thought my use of brown-noser was racist

i recommend against. some words go out of style. for “reasons”.

the person who insists on using this word in the modern day without an existing body of work to demonstrate they have always used it is really just using it for the shock value the nearly-homonym brings. so it stains them as someone who likes playing in that space, which is not usually seen as a poisitive.

I read this word in I believe the Grant biography I’ve been reading and googled it and learned all about the controversy. While in principle I’d like to say people’s misunderstanding of words shouldn’t prevent us from using them… I don’t intend to use the word

Wow that is ridiculous. Guerilla is definitely not that rare a word

Here’s a story about it.

Guy’s still not working in tennis as far as I know.

Did they make you write an apology over and over again on the blackboard for that?

Agree that this word falls in the “you can use it, but you shouldn’t use it” category.

it has become rather archaic, so I wouldn’t expect it to be used

btw, Gyped, Jewed or to Welch (Welsh) are actual derogatory terms people do use