Keeping with tradition, it is time to start discussing 2021 NFL Football.

First, congrats to Tampa Bay.
Now, enough of that. Let’s check in on the way-too-early Power Rankings, based on nothing concrete (a panel of writers, editors and TV personalities, so, nothing concrete, besides their heads… hey-yo!!). 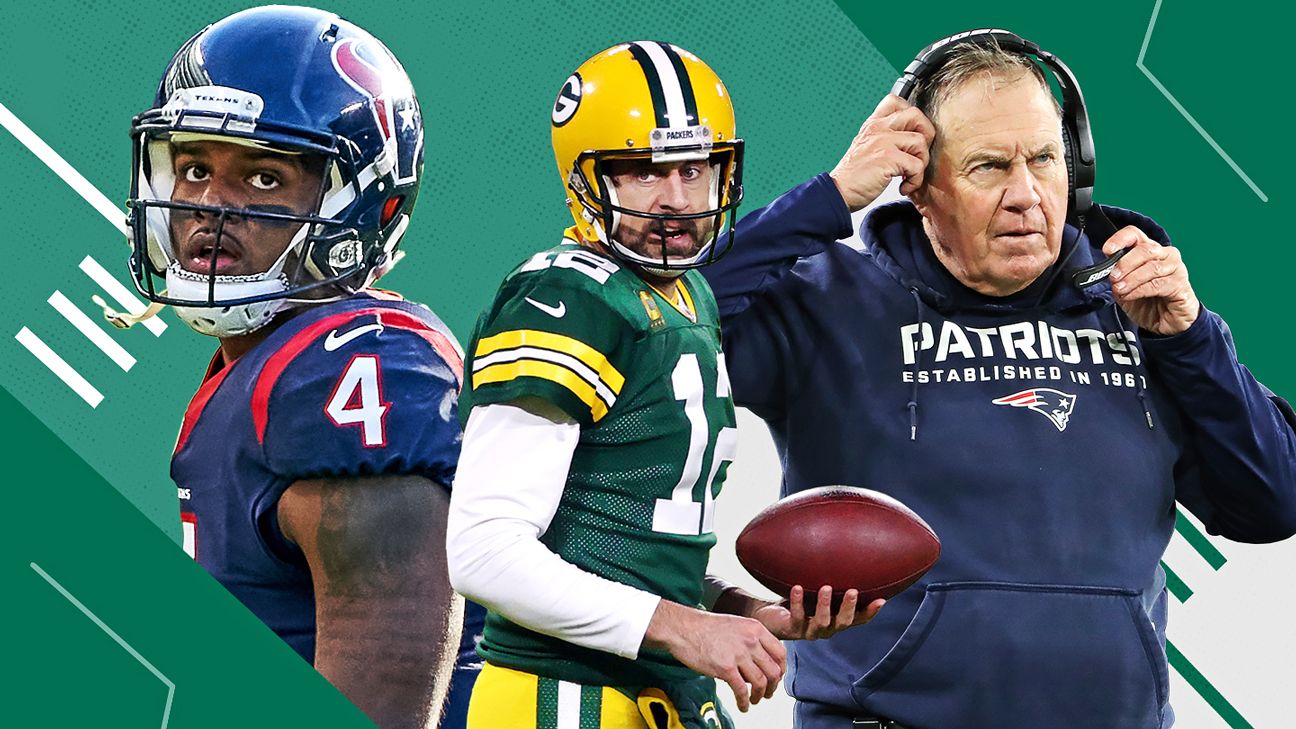 Way-too-early NFL Power Rankings: A 1-32 poll on how we see next season

Deshaun Watson could make or break several franchises. Aaron Rodgers wants to take the next step. Bill Belichick is looking for redemption.

Prediction: Perhaps not in 2021, but Aaron Rodgers eventually plays for Bill Belichick.

So, is JJ Watt already in the “I’ll take a pay cut for a Super Bowl win” stage of his career?

I mean, he should realize that only the Texans would consider paying him for past Texans performance in some way. Every other team will offer what they think his future value is worth, while constricted by the Cap.

Make this simple and go to PIT with your brothers.

Guess so. He had one year left on his contract. Guess he didn’t want to spend it bashing his head for no good reason except for money. And, I’m guessing the Texans didn’t think they’d get anything in trade for him, or there were other cap-related issues to trading him versus “mutually part ways.”

Bump, for a plus 1 to the football season.

NFL owners on Tuesday approved the expansion of the regular season to 17 games starting in 2021.

Yes, this extra game enhances the quality of the NFL ’ experience for the fans.
Good news, I guess, is that one of my fantasy leagues can go back to one-on-one playoff season. Currently, with 17 weeks, and the last week being a random tossup, fantasy regular season was 14 weeks (three divisions of four teams makes 14 games perfect), first playoff round has been two three-ways (three division champs, two wild-card based on record, and most points scored out of the last seven), with top records picking which other teams to play against, and then a final between the two winners.
Now, with 18 weeks, can be done in Week 17 with top two division champs getting byes in the first round.
Too bad for the players, whose average career length (assuming exposure is a factor) has now been shortened by 6%. 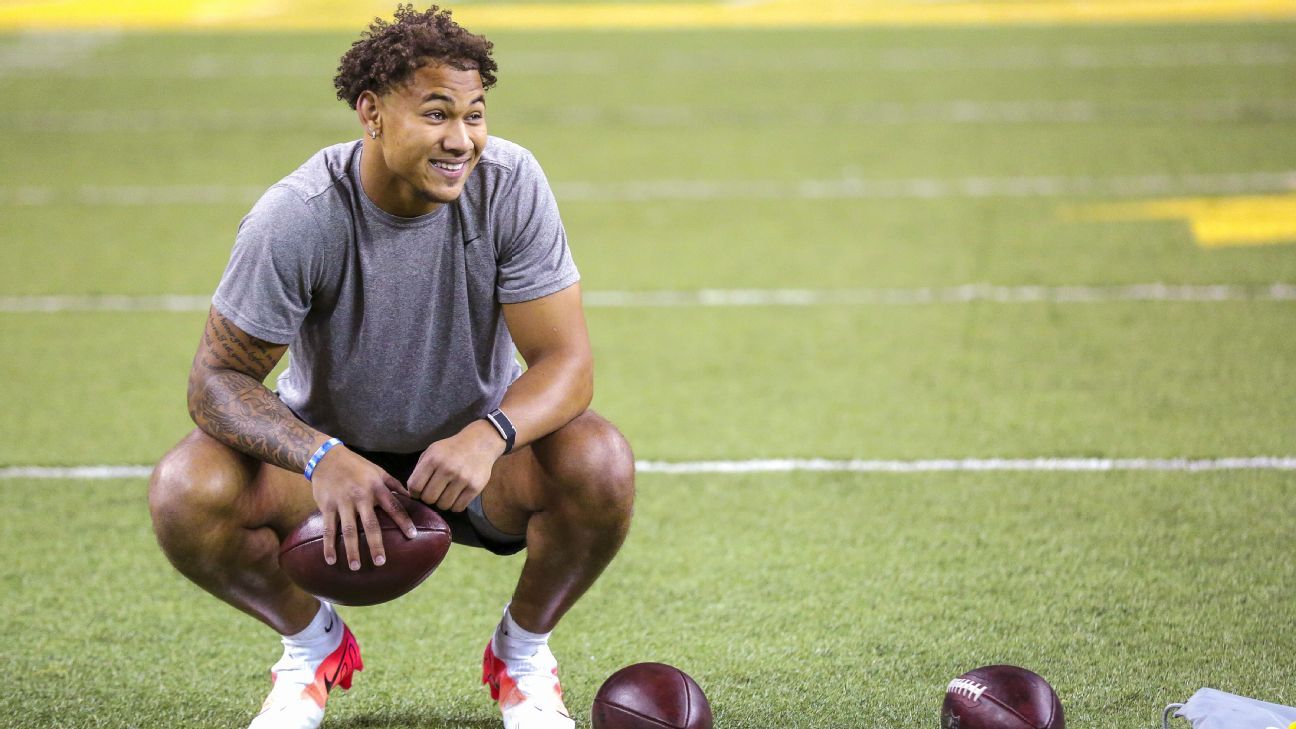 Trey Lance is a potential star -- and a giant unknown

Trey Lance presents an impossible dilemma for NFL scouts: total domination in a small sample. But it's not likely to worry Lance, who's been underexposed -- or counted out -- for years.

Prediction: he’s drafted by NE, because the rest of the QB-needy teams won’t take the chance. 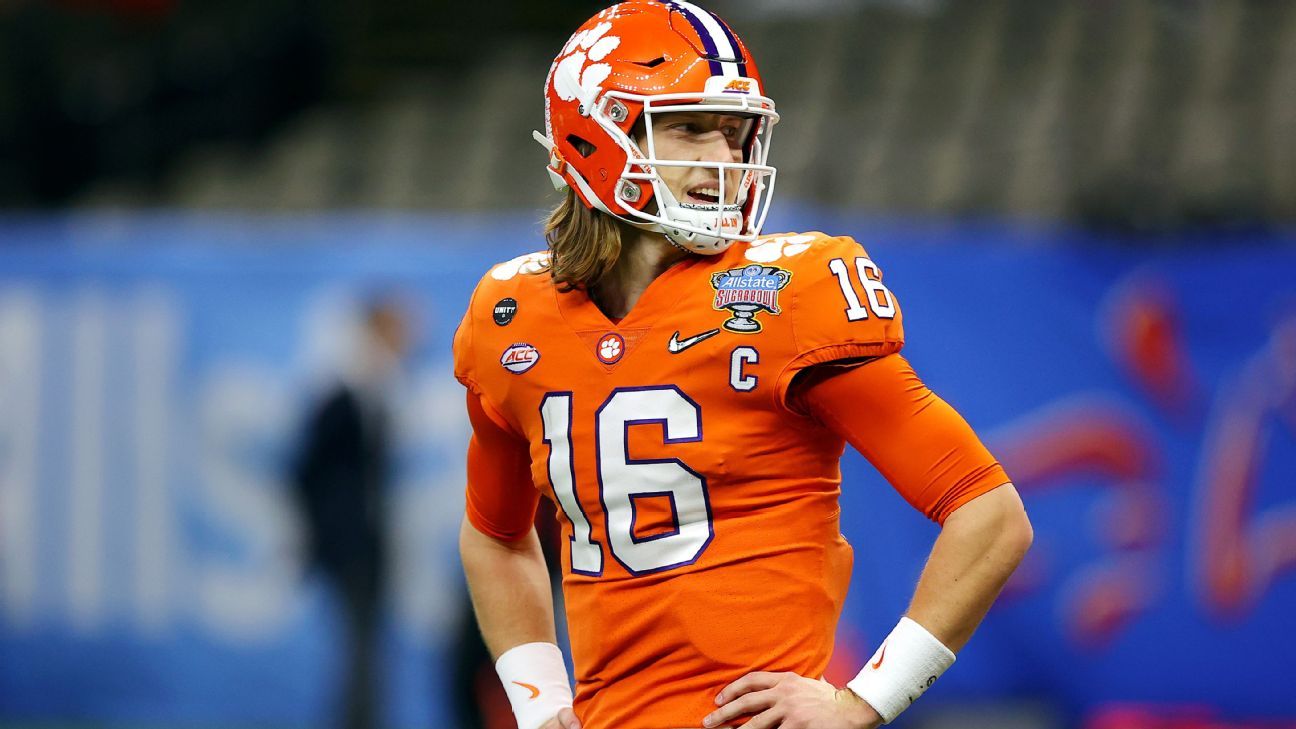 Expectations for No. 1 overall picks are immense, even more so for QBs. But in order to reach the ultimate goal, a strong supporting cast is key. 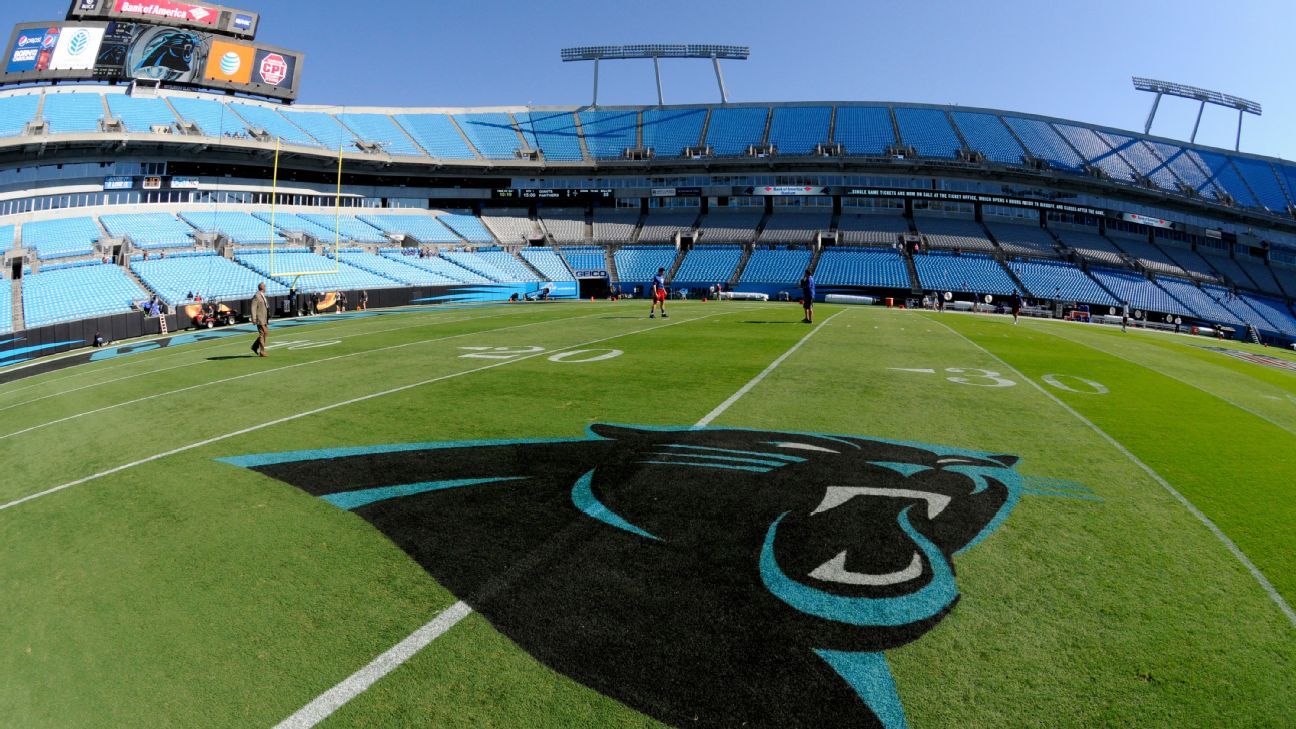 Bank of America Stadium will transition from natural grass to artificial turf in time for the Carolina Panthers' preseason schedule in August, leaving the NFL's 32 teams with 16 grass venues.

Due to more games being played (and concerts), Panthers have decided to switch to FieldTurf.

BOA’s grass surface consistently has ranked among the best in the NFL, according to surveys by the NFL Players Association. The NFLPA historically has been against artificial surfaces.

Players are not important.

Long time Atlanta sports writer Schultz says “I believe there’s no better than a 50-50 chance [Julio] plays another game in Atlanta”. If Julio is dealt, I’m guessing news comes out today or tomorrow as I imagine the asking price would be a day 2 draft pick(s).

Does anyone else question the “can’t miss” Trevor Lawrence? I do not see the same characteristics that other top picks had.

In reading scouting reports, Fields info reads better. Weaknesses of each below.

Even on the positive characteristics, there is attempt to downplay Fields and emphasize weird things for Lawrence. Fields is described as a gunslinger although his completion percentage is high, accurate but not precise but great throwing technique, quick, elusive and accurate on the move. Lawrence is consistent and a leader with great velocity and arm strength and able to escape pressure.

I get he throws off a lot of first reads. I imagine most top college QBs do since they play at programs with significant talent advantages. Whoever takes Lance and Jones before Fields will get fired sooner rather than later. I get why Lawrence is going #1 and it is a safe pick. Sometimes you need to turn off the noise.

I’m not sure any QB is worthy of being the #1 pick.

Curious if Burrow would have wanted a big tackle or good WR. Would guess tackle since WRs become much better playing for QBs w time and a running game.

Does anyone else question the “can’t miss” Trevor Lawrence?

No player is a “Can’t Miss” player. There’s always room for failure to meet expectations. The word on Trevor Lawrence was that he seems as good as any QB that typically comes out “once in a decade” kind of thing, which means his prospects compare to other such guys (Elway, P Manning, Luck). The thing is that he is going to Jacksonville, which is a bad team.

QBs are always a crap shoot. There are at least as many busts as those that meet expectations. The ones that exceed expectations are few and far between. Lots of #1 picks have ended up as busts: David Carr, Jamarcus Russell, Sam Bradford

If there is a way to exploit Fields’ weaknesses, the Bears will find a way.

QBs are always a crap shoot. There are at least as many busts as those that meet expectations. The ones that exceed expectations are few and far between. Lots of #1 picks have ended up as busts: David Carr, Jamarcus Russell, Sam Bradford

One stat to illustrate this point: how many QB’s taken in the first round from 2007 to 2016 are still with the team that drafted them? Note not all are busts, but for one reason or another the team decided to move on. 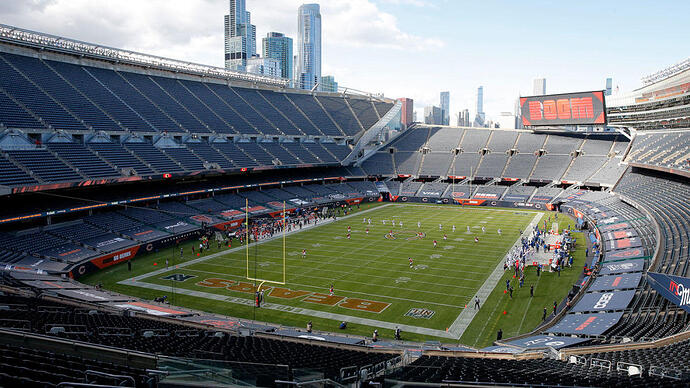 Mayor of city in Illinois says Bears are 'seriously considering' a move out...

New site is right next to a train line. Convenient!