I was expecting something along these lines: 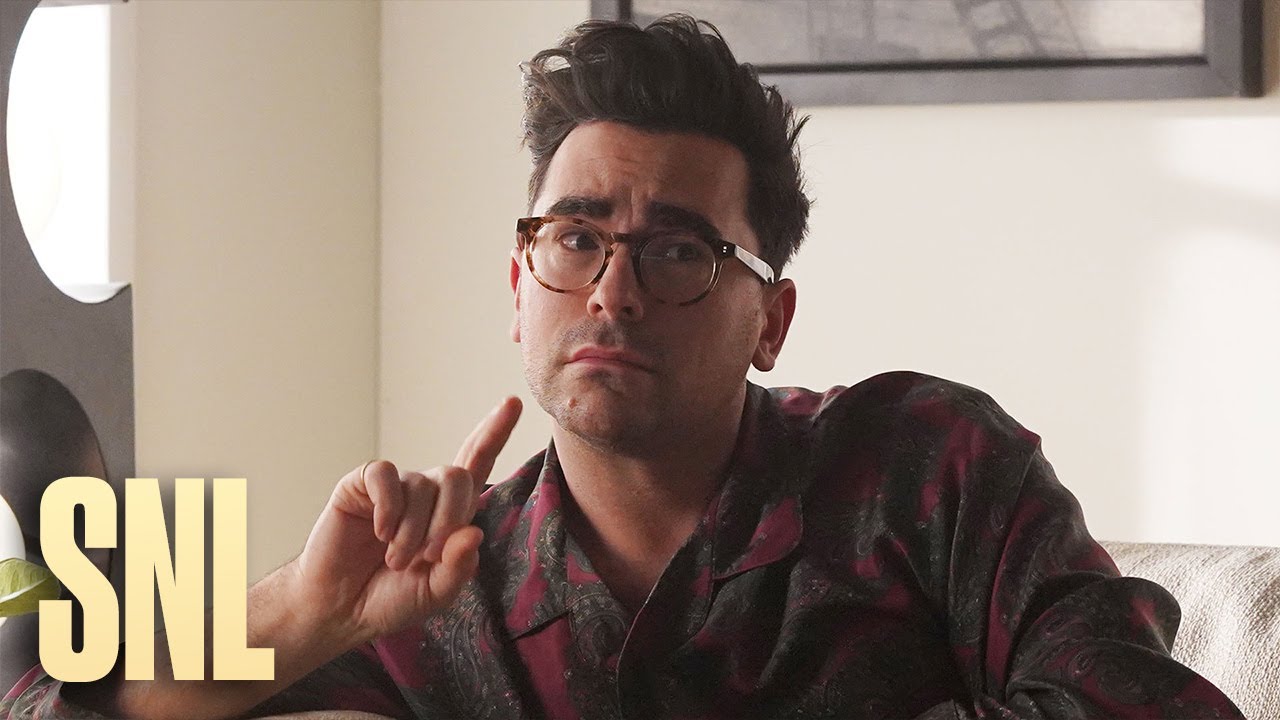 This is going to be a pretty big deal I think, probably be included in DS/stats textbooks as a case study for years to come.

? For those of us who have no idea what you’re talking about? 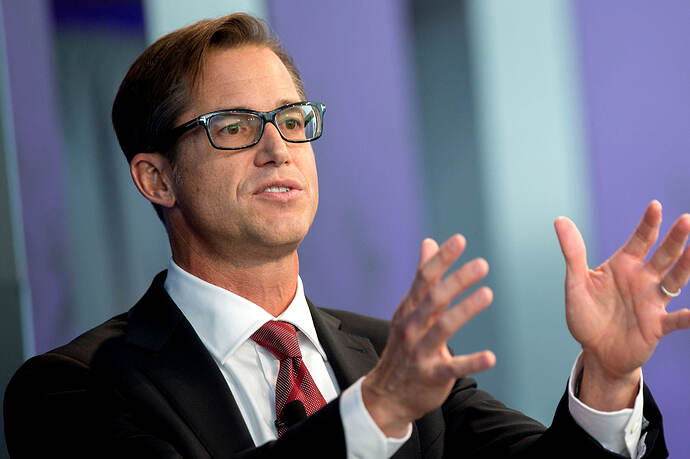 Zillow said Tuesday that it's winding down its homebuying unit, which competes with Opendoor.

Zillow recently (in July 2021) purchased a neighbor’s house for 21% over an already inflated asking price. Zillow then did a few minor repairs/upgrades and increased the asking price another 3%. The house has been vacant. Zillow is now dropping their asking price.

Let me guess how they predicted home prices:

straight line method, to the moon!

I’ve heard this same story a lot. Zillow pays well over list, hires painters for three days, tries to get $40k profit. Which may have worked in some markets during peak summer season.

It works until it doesn’t.

So, my father passed away over the summer, and the pandemic-slowed probate process finally resulted in my inheriting his investment portfolio and his “money people” in the process (since until now, I’ve been a do-it-yourself kind of guy).

In doing the initial “getting to know you” discussion last week, we ran through our pre-existing assets.

Oh, interesting. Zillow doesn’t have a Zestimate for my house. It says there isn’t enough data, but shows some recent prices on broadly similar houses nearby.

I’ve never seen it fail to make a guess before.

Can you specify that you’re the owner of the house? I think I did that on redfin before and you can add more details to it to significantly boost the estimate.

given that I’m not actually on the market, the comps were enough info for me.

A good thread on this: 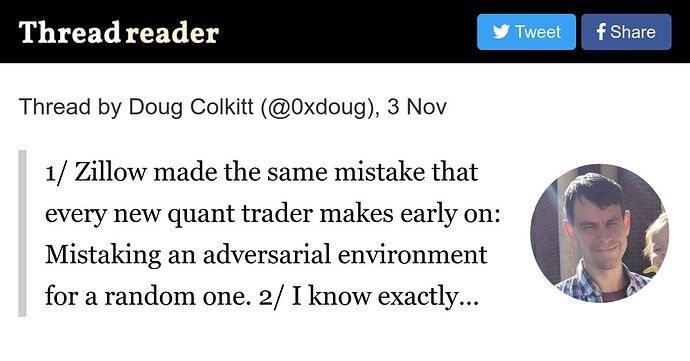 Thread by @0xdoug: 1/ Zillow made the same mistake that every new quant trader makes early on: Mistaking an adversarial environment for a random one. 2/ I know exactly how the conversation at Zillow went, because I'...…

The hard lessons are unavoidable, but Zillow made the classic follow-on mistake that’s the number one differentiator of quant traders that are ngmi:

When the models diverged from reality, they doubled down on the models.

Is this in the ASOPs…

Okay but how did zillow fail exactly? I keep seeing conflicting posts on this. I have heard that the reason to sell to zillow is because it’s convenient and fast but you make less money compared to using an agent. But now I’m hearing zillow bought high and couldn’t sell higher.