Well, excerpts of it was in BBC, must have been in other news outlet too. But my favourite blogger published an article on Canada which I forgot to read, because it was holiday for us. I am quoting an interesting part from it.

There is lot of anti-China propaganda in ‘western’ media. It is thus helpful to look at the conflict between the U.S. and China from the Chinese side. In 1989, ten years after China had opened its economy, the U.S. used legitimate student protests in Beijing to send the CIA and Gene Sharp, the inventor of ‘color revolutions’, to instigate a violent uprising against the Chinese government. The uprising was defeated but the U.S. used the tale of a ‘Tianamen massacre’, which in reality had never happened, to propagandize against China. Other ‘color revolution’ attempts were made in Hong Kong in 2014 and 2019. They were also defeated. When U.S. induced Islamic terrorism threatened China’s western province Xinjiang the country introduced a development and education program that eliminated poverty in the area and thereby denied terrorism the necessary fertilizer. Groundless claims of genocide in Xinjiang and evidence-free Covid ‘lab leak’ theories are current propaganda efforts against China.

Other U.S. efforts to set up a conflict that could hinder China’s further rise evolve around Taiwan and Japan. Taiwan is indisputably a part of China though with a different system of governance. The U.S. is pushing Taiwan to declare itself independent while it pushes a latent nuclear Japan to give Taiwan a security guarantee. That would set up east Asia for a huge (nuclear?) conflict during which the U.S. could stay on the side line while it watches how a lot of the world’s production capacity gets destroyed. A remake of World War II which let the U.S. rise to primacy.

China is by its laws obligated to intervene should Taiwan ever declare independence. Xi Jinping’s speech leaves no doubt that it would do so:

Wait, so is this blogger saying that the Tianamen massacre didn’t happen, or that the Chinese government pretends it didn’t happen, so we should understand how their actions are biased by their false narrative? 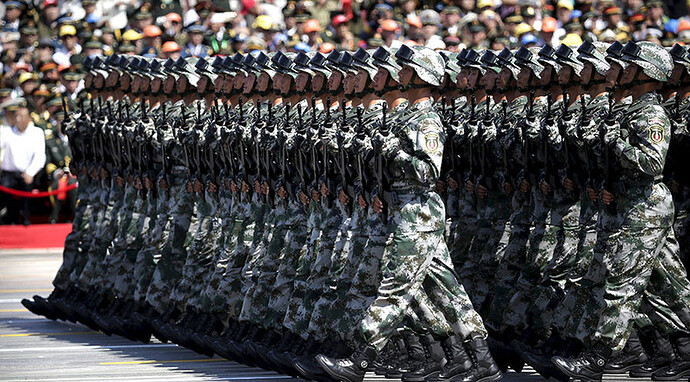 Arms trade campaigners have called on the UK to strengthen its embargo against weapons sales to China amid concerns the British government is acting “like a panting puppy” to secure business deals with Beijing.

RT article refers to a massacre so I believe there was one.

It’s very trumpist to deny the massacre occurred, without support, while at the same time threatening a second massacre.

I was a little surprised at what our tour guide in Beijing told us about the Tiananmen Square massacre when were were going to visit the square and the Forbidden City.

Something relevant from rt.com

The CPC’s willingness to censure Chinese tech firms, rather than allow them to run riot, is in stark contrast to America, where congress still insists on treating Silicon Valley’s mega-corporations with kid gloves.

When a video of Mark Zuckerberg went viral on the internet showing the Facebook tycoon riding an electric surfboard while flying an American flag, it symbolized a great deal of sentiment around contemporary ‘big tech,’ as it is known. Mark’s cringeworthy Independence Day stunt illustrates his longing for patriotic acceptance in a society that has become increasingly sceptical of the motivations and actions of mega firms such as his, whose global expanse has seen them reach billions of people and shape our lives in profound new ways.

Yet Zuckerberg could be in a worse position, as a multi-billionaire social media tycoon, had he instead incurred the wrath not of Washington D.C, but the Communist Party of China (CPC) who has in the past year clamped down on China’s own ‘big tech’ with an iron fist. Last Friday, I wrote of the extraordinary rise of China as a global tech giant, pointing towards the success of ByteDance’s products worldwide, and of course Didi’s Mammoth New York IPO listing. In an era of geopolitical competition, investment bans and “decoupling” surely for a Chinese brand to make it on Wall Street was a sign it had ‘made it’ globally and avoided the ire of Washington politics.

To round off, one should ask any ordinary American, left or right wing, if they would be actually opposed to the likes of Zuckerberg, Bezos and Jack Dorsey being treated in the same way? Does his silly flag stunt win confidence that he’s acting in the interests of ordinary Americans? Probably not. A digital economy is a great thing, China has embraced this with an increasing level of success and is arguably lightyears ahead of the US in e-commerce. But the political ramifications are equally massive and there’s the question of such firms running riot with the power they have over people’s data. Beijing demonstrates in this case why it is still a socialist state, where billionaires are kept in check, by taking them to task and reminding people they don’t run the show here.

Trump supporting flag toting crowd invading congress are patriots. Jewish multi billionaire toting the flag is cringeworthy. Personally I dislike all flag wavers. How did rt refer to this display of affection? 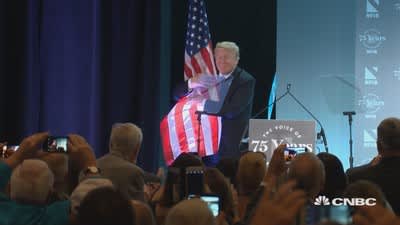 After speaking with at an NFIB event, President Trump appeared to embrace the American flag on the stage.

Oh, sorry that story is too far back to search. I can tell you today’s coverage.

Yesterday sputniknews had an analysis of this article.
China Has a BIG Plan for Post-U.S. Afghanistan—and It’s Worth Billions But the original article in Dailybeast is behind a paywall.

Also this is in front-page news of sputniknews

A new trove of documents from Hunter Biden’s “laptop from hell”, published by the Daily Mail , suggests that US President Joe Biden relied heavily on financial assistance from his son during his term as vice president and afterwards. As such, Hunter paid $190-a-month AT&T phone bills in 2010 for the then-vice president and over $5,750 for repairs at Biden’s house in Wilmington, Delaware, the emails between Hunter and his business partner at the investment company Rosemont Seneca Partners reportedly showed.

After his speech, Biden told reporters that it’s “highly unlikely” that the Taliban will take over Afghanistan, which is not what his own intelligence community is warning.

In response to a question about whether he saw any parallels between this withdrawal and the US exit from Vietnam in 1975, the President asserted “none whatsoever.” He went on to say that “There’s going to be no circumstance for you to see people being lifted off the roof of an embassy of the United States from Afghanistan,” yet an urgent evacuation is exactly one of the contingencies US military planners are preparing for, a senior defense official with knowledge of the planning process told CNN.

China a ‘welcome friend’ for reconstruction in Afghanistan: Taliban spokesman