Who's lying, Biden or the Generals?

Who’s lying, Biden or the Generals?

Biden should have fired the generals until he found someone that fully backed his decision rather than lie about the advice given.

Biden was probably too busy thinking about which flavor of ice cream he was going to choose for his snack before his afternoon nap. Details from Generals are hard to remember…

I can’t imagine there were any generals that DIDN’T say we should leave troops there. That’s what they do and that’s a good part of why we’ve been there for 20 years.

He should probably start watching it just so he knows when he is repeating their BS that happened to telephone to him on social media. 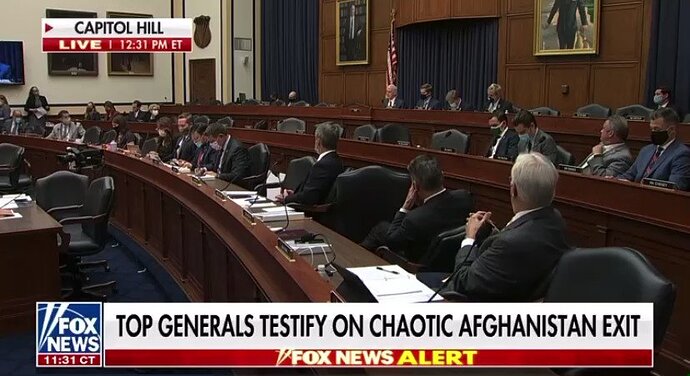 @Acyn
Smith: I actually watched the George Stephanopoulos interview before this hearing. Joe Biden did not say that no one suggested that we should keep 2,500 troops https://t.co/4o0VDziBwi
Actuary321 September 29, 2021, 7:46pm #10

Poll should have been multiple choice or a 2 more options All of the Above and None of the Above.

This poll would be less useless if you provided quotes from each group so we can at least know what you are talking about.

Wow. Never would I have guessed.

My brother (who was a USAF pilot at the time) sent me this:

BAGRAM AIRFIELD, Afghanistan — The past 17 commanders of international forces in Afghanistan, as well as other US leaders, say the coalition is making "real progress" towards defeating the Taliban insurgency and stabilizing the country, sources...