I have not watched any of the democratic debates. They could nominate a dead cricket and I’d vote for it over the POS we have in the WH right now.

I just want him outa there. But If my vote was the only one that counted, I’d vote for Liz.

I haven’t been watching the latest debates, but from an earlier debate I liked Mayor Pete.

Ultimately I’m an “anyone but Trump” kinda guy though.

Let me speak for the non-us world when I say another four years of trump would make for some good fun.

I suspect his chances are better than the internet would have you believe. Reddit is in love with Bernie sanders, but Bernie hasn’t stood beside trump in a debate. Trump mowed down every experienced republican candidate and then the democrats, head to head. And it was already clear who he was when he did that. I wouldn’t count on his presidential performance to take away from his ability to pound Bernie.
And he doesn’t need to win everyone over. He just needs to polarize people. And he does that very well.

They’re all flawed. But not nearly as flawed as the current office holder, and I will happily vote for any one of them over him.

If Vermin Supreme actually snags the Libertarian nomination, it will break my heart that I can’t consider voting for him. But I’ve had many chances to vote for him in the primaries and never actually did so, so I’ll get over it.

Warren here as well. I went to see her a few weeks ago and found her very inspiring.

It’s kind of funny that Biden is ahead of her in the polls because there were probably 1,000 people there to see Warren but a week earlier, Biden had appeared in the same town and drew roughly 50. I have to think that many of those people who prefer Joe are pretty lukewarm about him.

Biden seems to be seen as the “safe” candidate, someone less likely to scare off borderline Repub/Indep voters, and more centrist rather than swinging from crazy-right Trump to crazy-left Sanders/Warren. “I don’t love him but I think he has the best chance to beat Trump”

I think that’s flawed. Yes, you might lose a few more moderate voters going with a more progressive candidate. But if you want the angry youth out voting, then “safe” is not the right characteristic to favor. (and for that crowd, Sanders seems to have more appeal than Warren).

Yes, they are all flawed. All people are flawed. They are all better than Trump, imo.

I’m currently leaning towards Klobuchar. As best as I can tell, her biggest flaw is that she appears to be a horrible boss. But i wonder if there’s some sexism baked into that, as I know a lot of demanding male managers who lose some people, but also have some very loyal employees. Her policy platform is great, she has enough experience to know how to play the game, and I suspect she’d be a terrific president. She also doesn’t look as scary-socialist as Warren and Sanders, and doesn’t talk as if it’s a moral failing to be rich – which I find off-putting, since I (along with most of you) am rich.

I wonder if Yang isn’t the guy who could beat Trump, but he has no track record and none of us really knows who he is or whether he’d be any good.

But I like most of them. I’d certainly work hard for Warren, Bernie, Biden, Pete, or Steyer.

All day every day.

Everyone online seems to hate trump. And they’ve got a long list of reasons for that.
But his approval rating is higher than ever: 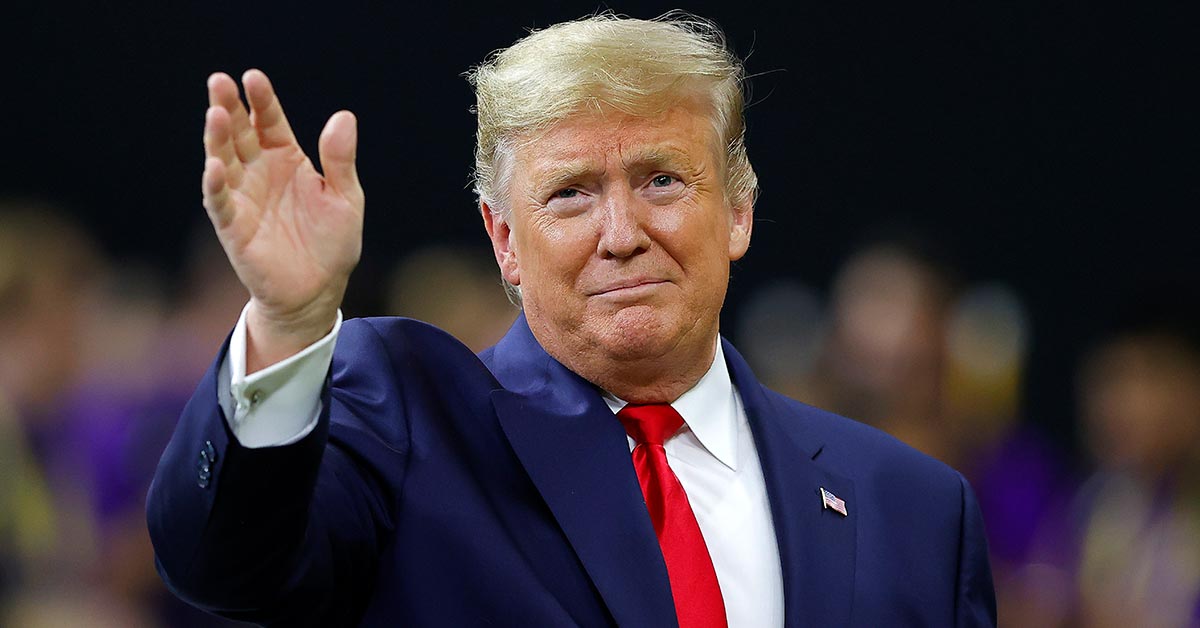 President Donald Trump's job approval has climbed to 49%, his highest to date.

I’d challenge the thinking folks to ponder why that is.

Der Fuhrer’s ratings are back down where they’ve always been.

Although Bernie “won” (sort of) in NH, 53% of the votes went to the 3 moderates. Will be interesting to see how SC and NV shake out.

Most just want the dictator out of the WH.

People in here bending over backwards to not recognize that the Democratic party is moving back to the more progressive positions of the party pre-WWII. The moderate Democtat position is untenable in the long run. Moderates just get pulled to the right as the GOP moves to the positions of the NAZIs pre-WWII.

Termguy, THAT is a great question. I found this article that I thought did a pretty decent job of supplying some “food for thought” on that same question.
Thanks for asking, because I am asking the same thing.

No One Knows Why Trump Is Winning. Here's What Cognitive Science Says. -...

So, if Bernie and Biden are killed by covid, I suppose we have a contested primary. I know it’s morbid, but I think there’s a nontrivial chance of that.

I think just contracting it would be enough to sink a campaign.

I don’t. A lot of people are going to contract it. We will all know people we care about who contract it. IMO, A candidate who contracts it, but recovers and is in decent physical health come election day will not by having contracted it. (Unless it causes them to miss some key deadline or event, that is.)

Seems like we’ll get to see how well Lucy’s theory will hold up.