I’d really like for it to be named Anti-Competitive and broken up. However, that relies on us having a Department of Justice that actually enforces the rule of law against everyone.

Eric Holder stops in at this point to proclaim we shouldn’t do that, because doing that would make some filthy rich people poorer (but still filthy rich).

I think they’ll just ad “The” to itself.

Ohio State would come after them.

I’d call it what we called it in college - PigBook

I mean, it’s just a matter of time before it branches out and actually sells products.

“Hand over your data, dumb f—ks”

“You Are The Product” 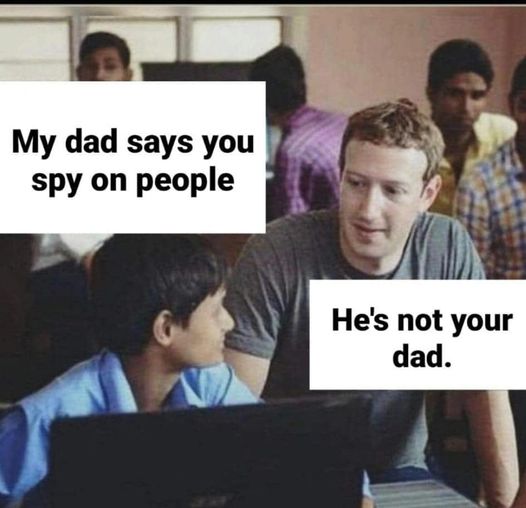 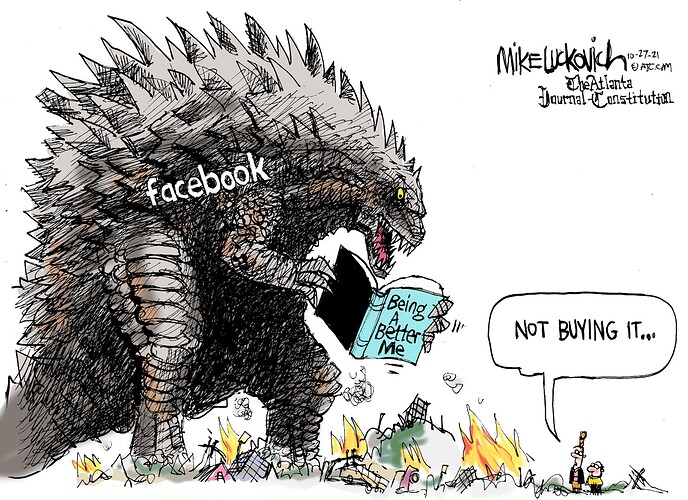 and the winner is: Meta

What a silly change

And it’s just the broader company, of which most is the social network still named Facebook, that is called Meta. So it’s still Facebook but Zuckerberg gets to pretend otherwise because he distracts himself from the drama.

Just looked up Meta and found this definition.