What Will Trump Do?

My guess is (like this opinion column below) he leaves for Mar-a-Lago, possibly even this weekend, and never comes back. No, not even for The Inauguration, 'cause baby. 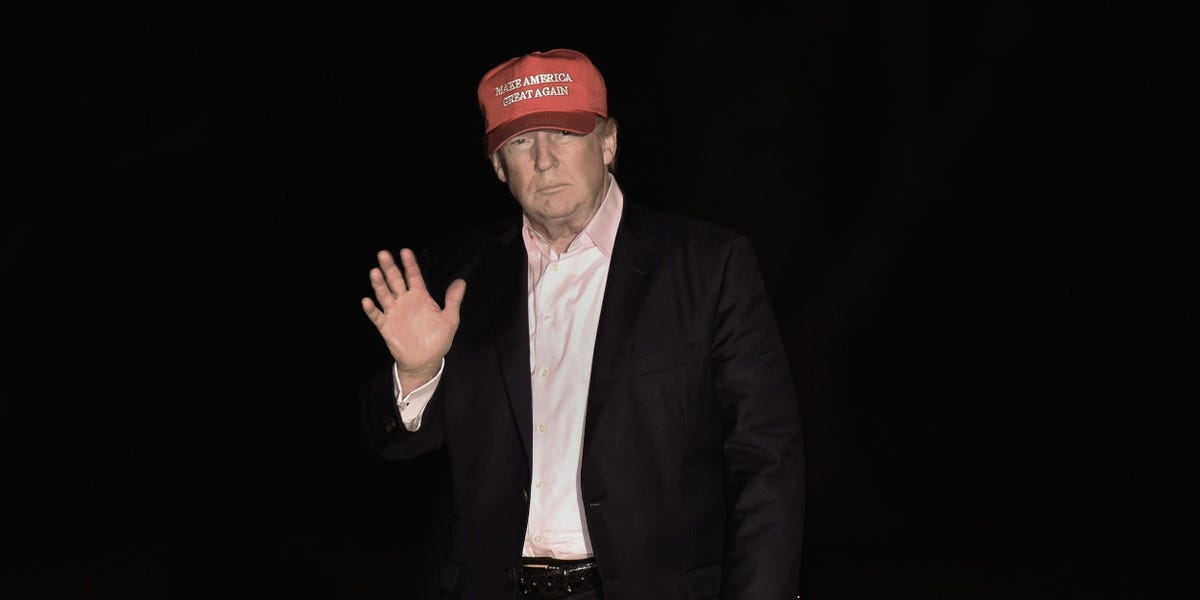 Donald Trump is probably going to ghost us

Donald Trump can't handle a loss. So watch him go to Mar-a-Lago for Christmas and never come back. I'm serious.

Gotta catch up on his kicking game on the golf course.
I think he knows how to walk away from the table when he can’t win. But, the spite will likely fill him.

I also agree that he likes power and the trappings of power.

He can still pardon people. I think he will do a good deal of that.
He can fire people. I think he will do that.
He can sign executive orders, he probably has a few more.
Since the Rs retained the Senate, the Congressional Review Act is irrelevant, his cabinet will push through some more regulations.
He can make a dramatic announcement, and claim full credit, on a vaccine. He might get a chance in the next 10 weeks.
If the Rs and Ds can compromise on a covid bill, he will sign it with flourish.

I don’t see him disappearing from politics after the inaugaration. He can make money and wield power if he continues to do the same things he’s been doing, probably adding a TV show or even network to the mix.

He’ll be taking names. Who sticks with him in the next few weeks, who opens up some space.

I can see him doing all that, at Mar-a-Lago. Don’t need to be in DC to do any of that. Besides, the golf courses are getting cold in VA and NJ.

Remember how Obama treated Trump with respect &, more or less, showed him the ropes? (https://www.npr.org/2016/11/10/501566466/in-surreal-moment-president-elect-donald-trump-meets-with-president-obama)
Yeah, I don’t think that Trump is going to do the same for Biden…not that Biden needs it…the guy’s been in Washintgon since before I was born…but I don’t expect Trump to extend any courtesies to the incoming administration.

Will it be better or worse than the Clinton-Bush transition? (https://www.nytimes.com/2002/06/12/us/white-house-vandalized-in-transition-gao-finds.html) I don’t know…I kind of see the Clinton episode as misguided-hilarity.

I strongly suspect that Trump’s going to attempt to pull a Grover Cleveland. See you in “four years”.

Since the Rs retained the Senate, the Congressional Review Act is irrelevant, his cabinet will push through some more regulations.

did they? 2 senate seats are having a run-off in georgia in january. pretty sure that’s still in play.

did they? 2 senate seats are having a run-off in georgia in january. pretty sure that’s still in play.

Trust me: Best eyes is more important than Most posts. They’re a real chick magnet. That said, it’s fine if ao_fan doesn’t put much importance on a chick magnet, and it’s not her fault what eyes she was born with.

I’d love to believe that the Ds have a chance at winning both GA seats. But, Biden’s margin is only 0.15%.

I have to believe there are many more voters who are Rs at heart but can’t stomach Trump’s antics. They will come home. Especially if they see that D wins in GA would let the Ds sweep House-Senate-WH. That’s socialism for sure.

I strongly suspect that Trump’s going to attempt to pull a Grover Cleveland. See you in “four years”

Trump is a fat old man in horrible physical condition. He probably has early stage Alzheimer’s. I don’t think he’ll be back in four years.

He can make money and wield power if he continues to do the same things he’s been doing, probably adding a TV show or even network to the mix.

I think TV is the play. He has been bashing FoxNews for the last few months and has turned his base against them. If he started a TV network he would have an audience.

But as far as Trump and the transition? You know how in sports your supposed to shake hands with the winner after the game? I think the best we can expect is that he basically walks off without shaking hands. My guess is though he shows his ass and basically walks out to the handshake and kicks Biden in the shin instead.

A kick in the shin is too polite. Trump would aim higher.

Neat short video at the NYT 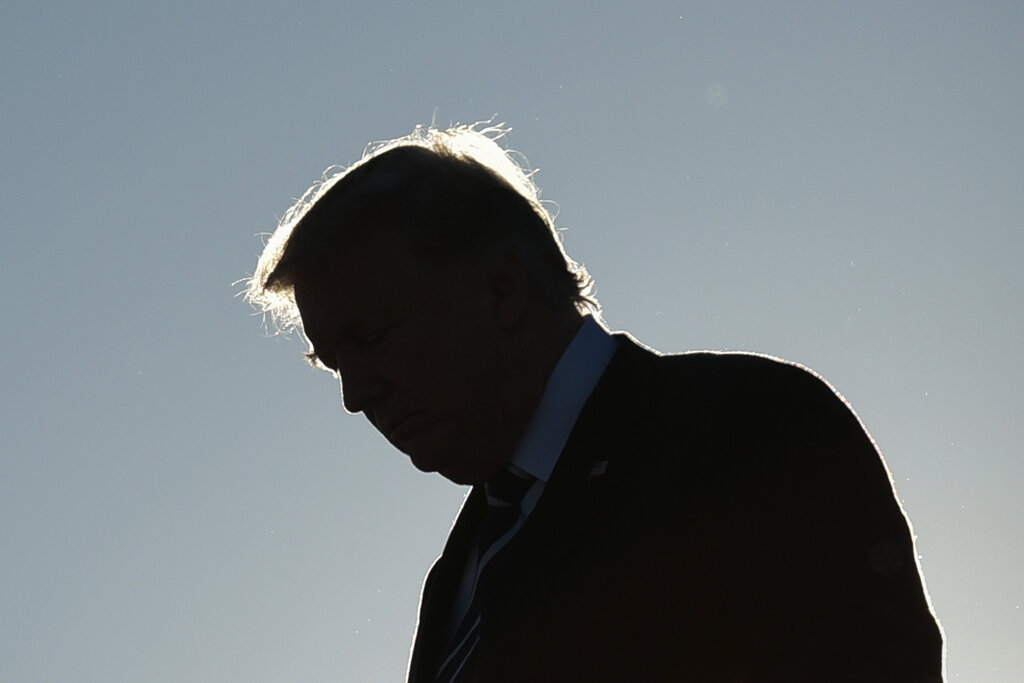 Video: Opinion | You Can Do This, Donald Trump

It’s hard to concede. But voters have spoken.

He’s overweight and has a bad diet. But he sure bounced back from covid quickly. I’m pretty sure that he thinks he’s in good shape.

Even if he’s not sure he would actually run, keeping his name at the top of the list is a great way to stay relevant and keep the clicks and eyeballs.

I think the correct medical term is “obese turtle lying on his back.”

But he sure bounced back from covid quickly

Some of that was illusion. He was on a steroid that makes very sick people look healthier. I talked on line with people who said things like,
“I loved that drug, when my wife was dying we could pretend she was fine for a few hours” and “that drug was great. Three days before my husband died it gave him so much energy he made omelets for us.”

I still have a bet with Sheba that he doesn’t finish his term. I’ve got 73 more days to win it!

Are you saying that he’s been taking a steroid for the entire four weeks since he left the hospital?

Also wouldn’t surprise me if Biden was taking something to help keep his energy up during all this. But he’s still speaking in complete sentences, which is more than we could ever say for IQ45.

Are you saying that he’s been taking a steroid for the entire four weeks since he left the hospital?

it was pretty bizarre that someone his age and not exactly the beacon of health recovered so quickly from COVID, even with having the best medical care. I wouldn’t be surprised either. 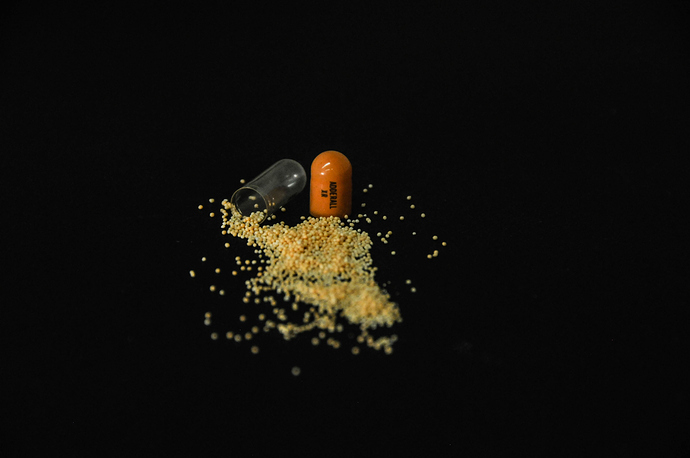 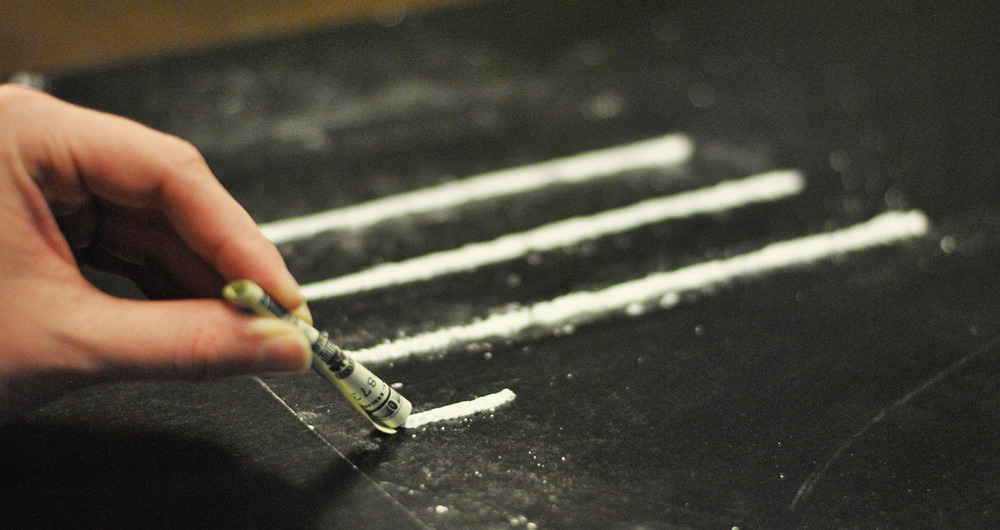 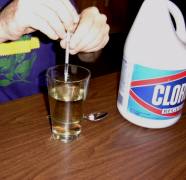