We are the expendable redshirts

Would be awesome if the creators of Star Trek sued this administration for trademark and copyright infringement. 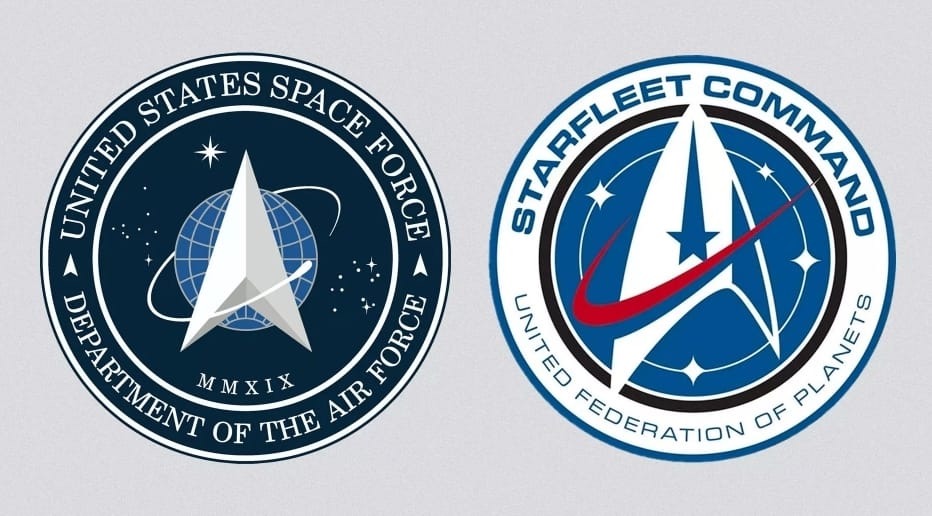 It’s almost weird if they don’t. Unless they had prior permission. I mean, it’s pretty clearly a deliberate clone.

But, sometimes companies do funny things. Up here in Canada, EQUItable life has products like EQUImax, EQUation, EQUIliving. Which makes sense.
Then Industrial Alliance (another small lifeco) launches a life product called EQUIbuild.

How in heck does that get past anyone at Industrial Alliance, and why would they do that? They’re direct competitors. And no apparent response from Equitable. Everyone that I know was startled that Equitable didn’t shut them down.

Honestly, I see it as a tribute, and it doesn’t bother me at all.

personally, I think it erodes what little credibility Space Force had. I’d be rolling my eyes just as hard if the military rolled out some high-tech special force and “paid tribute” to G.I. Joe in name or logo.

From what I recall, the three themes of the space force logo come directly from pre-existing graphics.

I’ve got to say - Netflix’s Space Force show was very disapointing. Didn’t even bother to finish watching the season.

But the Delta symbol was used by NASA well before Star Trek, and without it, nobody would be making comparisons. So the reason people say it looks like the Starfleet logo is because Star Trek had already (intentionally) copied the NASA logo.

There was a Veteran’s Day assembly at the school today. The band and choir did one of those “sing the hymns of the branches and have the veterans stand up” things. They didn’t have one for the Space Force. Does it even have a hymn yet?

It was a slow burn type show, I’m sad there probably won’t be a second season.

personally, I think it erodes what little credibility Space Force had. I’d be rolling my eyes just as hard if the military rolled out some high-tech special force and “paid tribute” to G.I. Joe in name or logo.

I’m more worried about what this will do to the credibility of Starfleet Command. They already have a tough time following their core principles of peace and harmony and non-interventionism. Just imagine letting the US join. Nooooope.