Having kids who participated in marching band for years, I recall thinking how such a thing could happen either accidentally or on purpose. 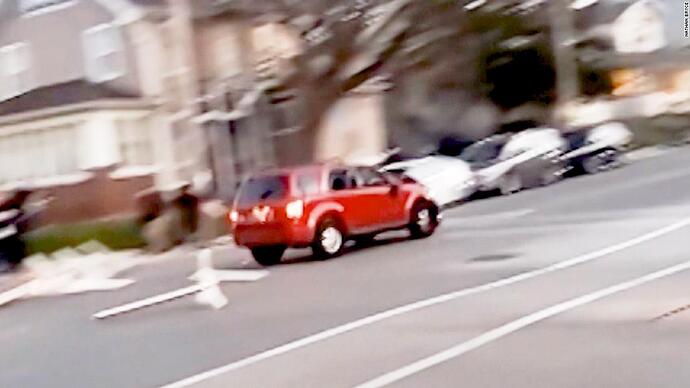 Suspect in deadly Waukesha Christmas parade tragedy may have been fleeing...

At least five people are dead and more than 40 others are injured after an SUV plowed into a Christmas parade in Waukesha, Wisconsin, officials said.

Was the most recently updated story I saw as of now.

Saw it pop up on my bbc feed this morning. A truly dumb tragedy. No terrorism, no intent, no political motive, just a f**king idiot; at least based on what we know so far. And now many peoples’ lives are gone, ruined, or irrecoverably traumatised.

There’s a Twitter page that was sending out updates off the scanner, which then broadcast the name of someone the police are allegedly looking for, and holy shit did all the trolls crawl out of the woodwork.

There’s a Twitter page that was sending out updates off the scanner, which then broadcast the name of someone the police are allegedly looking for, and holy shit did all the trolls crawl out of the woodwork.

Civilised people should avoid Twitter. (Instagram and FB, too, with (maybe) the exception of family members and close friends)

How do you accidentally drive through parade barricades and then keep going with no intent to kill anyone?

Even if drunk as a skunk, it shouldn’t take that long to realize “huh, I f***ed up and should stop”.

I can’t see how this could possibly be an accident. No clue as to motive though as it seems just bonkers.

My point was they don’t appear to have driven through the parade for the purpose of driving through the parade (this hinges on the fleeing from another crime angle I last read). They still decided to do it, yes, but as a consequence of other circumstances.

It may not have been premeditated (unlike the Bastille Day celebration in Nice, which is what this reminds me of), but there was intent.

You’re not wrong. I think I initially qualified it as indifference, which is sorta the opposite, but kinda the same.

Civilised people should avoid Twitter. (Instagram and FB, too, with (maybe) the exception of family members and close friends)

Agreed, but no need for exceptions. People you know can tell you what you want to know the old-fashioned way.

Waukesha County circuit court released the criminal complaint yesterday. From the eye witness account of the officer at the parade, and parade goers detectives interviewed, he intentionally tried to hit as many people as possible.

This paragraph stuck out specifically:

Gee, that doesn’t sound like all the initial news reports that told us he was fleeing a different incident and didn’t have a terroristic, political, nor violent intent. Did the public get mislead by the media reporting again???

Wow, so that sounds exactly like Nice, but with a smaller vehicle. I wonder if he was inspired by the Nice / Bastille Day attack.

It’s time to move this thread out of General and over to Political.

For someone trying to hit as many people as possible there was def a clip of the car zig zagging around some people - and not so more people could be hit.

But whatever the intent, it was bad and he will be tried on serious charges