Yeah, but splitting the revenues makes everyone happy.

I don’t think the men’s team members are happy that their bonuses got cut in half.

Now, how does a player qualify to get the dough? I mean, who is on the USWNT right now? Or will they simply bundle the two nearby WCs (M2022/W2023 and so on)?
(Do I have to watch a youtube?)

Then, if Jolene has 75 points and Kyle has 750 at the time to pay out the pool, because Kyle was on the team for 4 years that played in the WC and made it to the round of 16, while Jolene qualified for the practice squad and went to all the practices for 6 months before the payout time happened because the next WC is in 12 more months, but didn’t play in any games, then Kyle’s payout is 10x Jolene’s.

I don’t think the men’s team members are happy that their bonuses got cut in half.

They approved it. So, happy enough. I don’t think they play for the FIFA money. Most of them have big enough contracts that the International Breaks are more of a burden than the pay. But, they do it for the country, for the team (and there might also be threats of banishment, a la Spain WNT).

Then, if Jolene has 75 points and Kyle has 750 at the time to pay out the pool, because Kyle was on the team for 4 years that played in the WC and made it to the round of 16, while Jolene qualified for the practice squad and went to all the practices for 6 months before the payout time happened because the next WC is in 12 more months, but didn’t play in any games, then Kyle’s payout is 10x Jolene’s.

“I was told there would be no math…”

I’m also wondering why anyone expects the shit that Gio pulled (or simply did not show up in training) to be kept private? Euro clubs publicly announce that so-and-so is not training well, overweight, not as good as other players. Shit, even Ronaldo didn’t get a pass with MUN. Pretty obvious something was up in Game One with Gio not starting or playing.

Danielle also said that Berhalter’s and U.S. Soccer’s Tuesday statements “significantly minimize the abuse on the night in question.”

I wonder if she was actually there, saw the contusion or break (I mean, he was a soccer player, so a kick can do some damage), but harping (the appropriate term) on it isn’t making her look any better. Doubling down on her shitty choice.

I write it, and Ten Hag says it: 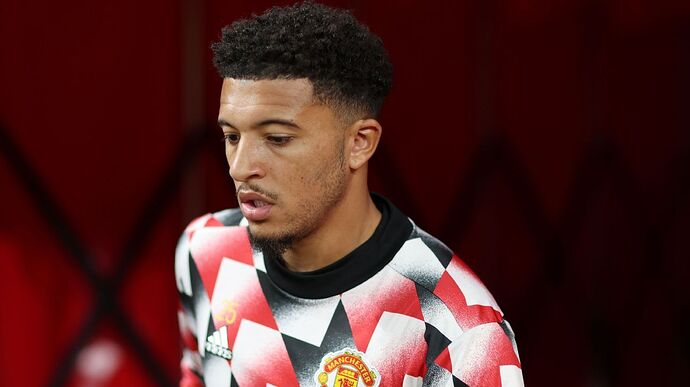 More on the soap opera: 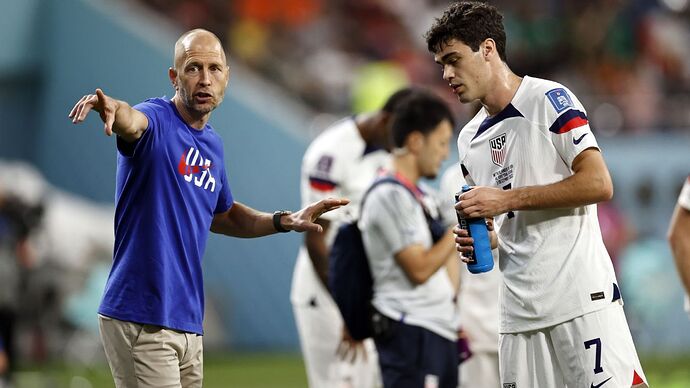 The Berhalter-Reyna rift explained: What it means for U.S. Soccer going forward

After the revelations this week involving Gregg Berhalter and the Reyna family, ESPN looks at what's next for those involved and the USMNT.

Nothing more has been stated about the prior-noted “inappropriate behavior by people OUTSIDE of USSF toward USSF staff” that has been uncovered by the independent investigators.

But, he’s probably out as manager, since baby Gio and his Helicopter Mom will be around for quite some time, and her successful work on ousting Gregg means the next manager better be squeaky clean.

Do not want Roberto Martinez.

He’s off the list. Reportedly Martinez has a verbal agreement to coach Portugal per The Athletic.

L’equipe is reporting that Zidane rejected an offer to be manager for the USMNT, and that he also turned down Brazil and Portugal

Learned a new term for overly helpful parents toward their kids’ lives:
“Snowplow parent.”
You know, the ones who clear the path for their kids so there are no obstacles in the way.

Oh, I found it in this new article about Reyna’s parents and “Murica!” in general 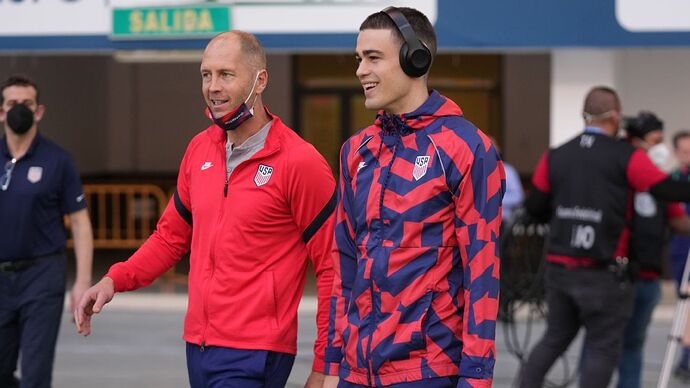 U.S. Soccer's familial fiasco between the Berhalters and Reynas traces its lineage back to the growing trend of "snowplow" parents in youth sports.

Vazquez and Gressel finally get a call up 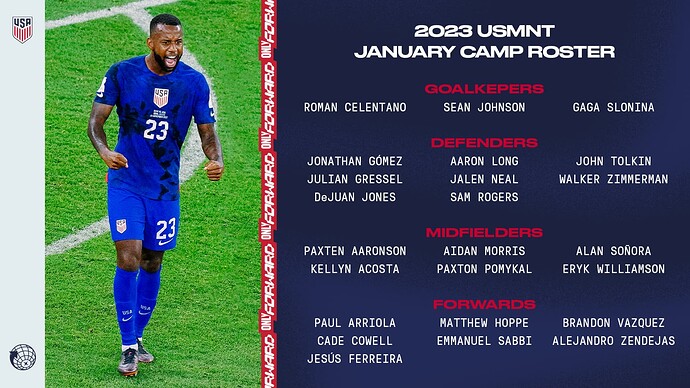 B-team, mostly. Retirees and such.

Gals won convincingly last night after a shit first half. On HBO Max of all things. Good thing I have HBO Max. Had to watch it in real time, though. Pretty slow game.

Good thing I have HBO Max and the game started at a reasonable local time.

Meh. It was 4PM there, 7PM here. I think the World Cup will be scheduled perfectly. USWNT play in New Zealand for the Group Stage.
Then (assuming winning the Group) to Sydney (-6 hours, plus a day, for me), then back to NZ for two matches, ending with the final back in Sydney.

I meant 7pm was reasonable for you, whereas 10pm can be tough on a weeknight for ET people. I’ll make a effort to watch the actual World Cup matches though.

Oh well. Should be on Fox, so you can record and watch at your leisure, as I might (though I doubt I’ll have to). 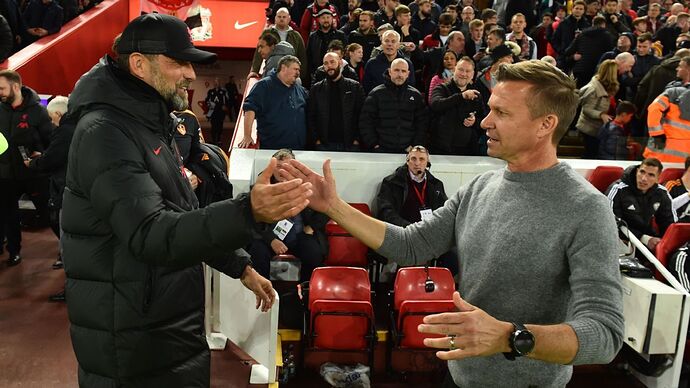 Wait for Marsch? Look at MLS? Swing big for Klopp?! Assessing the USMNT's...

The USMNT (or some version of it) will return to the field next week, but the search for a permanent coach has just begun. Who are the candidates?

Forgot an important category: “coaches who can’t get a job anywhere else.”
As if anyone at the top levels would drop down to take this job. Probably doesn’t even pay as well, though I’m guessing traveling to Europe to watch and visit with the National Team Players is a perk. And lots of free time. Jesse March might take the job in two years or so. But, heck, the team won’t even have to qualify. Will be hard to find teams to play against. There will be shit CONCACAF teams who are eliminated early. MEX and CAN, of course.

I can’t believe we have 2 guys named Paxto(e)n that spell their name differently.

Jesse Marsch will take the first job he is offered if Leeds is relegated. He will not take ANY job in the next couple of years if they stay up unless it is a step up. USMNT is not a step up from an EPL club at this point in his career. 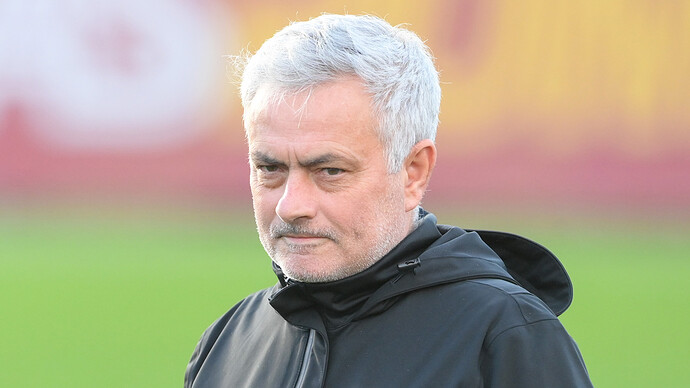 JOSE Mourinho is being targeted by US Soccer chiefs ahead of the next World Cup. The Portuguese legend, currently bossing Roma in Italy, has always wanted to manage a national team. And The U.S. Su…

My recollection of Mourinho from his Spurs’ managerial days is he has a bad temperament. As a result he doesn’t usually last more than about two years with a club. Not a winning formula for a national team that is four years away from next World Cup?

Since they don’t have to qualify in four years, an alternative might be to have someone come in and coach the U23 and U21 teams for two years or so, searching for 2026 players, while the locked-in USMNT players can actually take a break from constant soccer (and the travel).

Meanwhile, Reyna makes a statement, maybe, about Berhalter’s “team lacks a Depay” remark, maybe. Let’s make a big deal out of this, so Berhalter, or any non-desperate coach, won’t coach the USMNT with such a baby on board.