Two monitors or one widescreen/curved?

Work sent me from 2 monitors to one widescreen. I hate it.

I love my wide screen monitor at work. This way, when I log in from home, I get to see the entire thing. Co-workers only get to see one monitor.

Everything is smaller on the screen at home, but at least I can see everything w/o alt-tabbing from one application to another.

Need an option for 3 screens. That’s where it’s at. 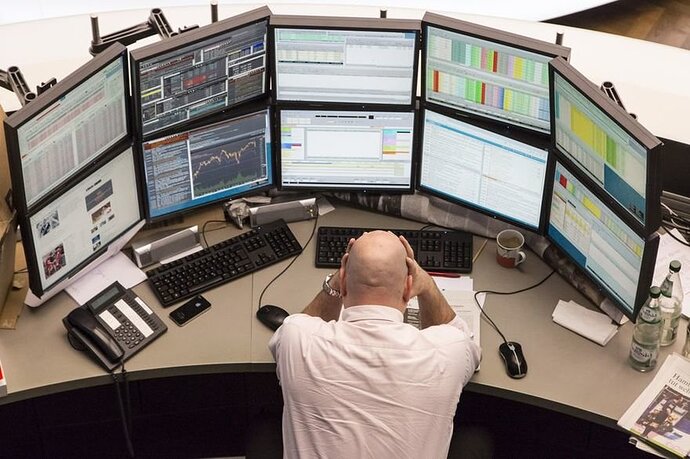 I’m currently in the two monitors camp, but I’ve never tried one gigantic monitor. Right now I have two 24" mounted on a stand that’s really nice.

I had toyed around with the idea of two monitors for ‘work’ and one for email, but with dual 24" monitors that’s just too much for my desk to handle.

I love having two 27” monitors. I do a lot with multiple Excel files open and I think having one on each monitor is bigger than splitting the screen with a wide curved one.

I have a curved wide screen + my laptop

Is it though? Both my machines have dual 27 inch. Not sure where a third monitor would go or be used for.
Right now main screen is for stuff I’m working on actively and I shuffle other stuff off to the second screen, stuff I want open but not actively being focused on.

It’s nice to be sharing your screen and also have another screen you’re not sharing to work or talk crap about the meeting you’re in to a friend. So I vote for dual monitors.

I have 2 27" monitors plus my laptop screen which is generally used only when I am on a video call since the laptop has the camera in it. I thought about subbing in a 22" screen that work had sent at the start of COVID for the laptop screen, but then I would need to buy an external camera.

It’s nice to be sharing your screen and also have another screen you’re not sharing to work or talk crap about the meeting you’re in to a friend. So I vote for dual monitors.

Well if you have your laptop it’s technically dual vs triple monitors.
My laptop screen is next to my super wide curved screen

You are living on the edge, I’d never be sure I’m sharing the correct monitor to talk shit

Oh I made that mistake once, and only once. Thankfully low stakes, and the crap I was talking wasn’t as bad as it could have been.

lol I’ve done worse. I accidentally opened up my gmail while I was sharing my screen in a meeting room IN THE OFFICE, with like 10 other people in the room. And my boss had to nudge me because I was literally scrolling through my gmail.

Why does this have to be either/or?

For my work laptop, my primary display is a single, large widescreen, and I have my laptop’s built in display as an auxiliary screen.

For my personal PC, I have 4 displays, with displays 1 & 2 both widescreen (one above the other).

If I had to pick one or the other, I would choose widescreen (21:9), because I don’t want to have screen edges disrupting comparing files side-by-side, etc.