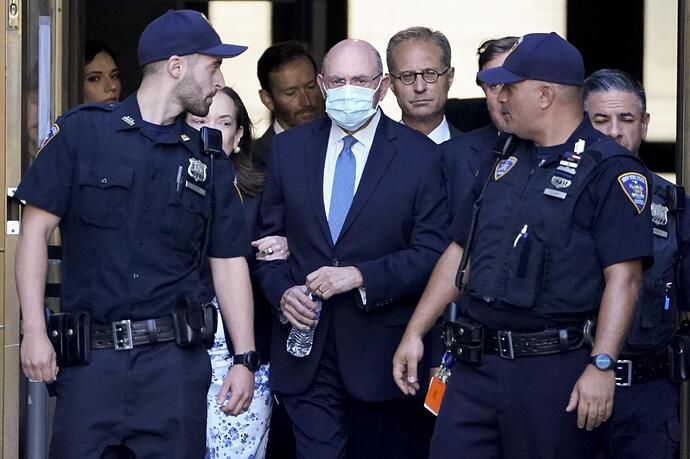 NEW YORK (AP) — A top executive at former President Donald Trump’s family business pleaded guilty Thursday to evading taxes in a deal that could potentially make him a star witness against the company at a trial this fall.

I wonder the extent of what is cooperation will be. He could get up to 15 years but is expected to get 5 months under the plead deal. I wonder if the length is based on how much he cooperates with car against Trump org.

If the CFO was guilty of what he’s charged with you can bet it wasn’t just him getting the tax free bennies. I wonder if they have the receipts for Baron’s private school tuition.

When this story first came out, one response was “The IRS is just picking on Trump. This is common as dirt, nobody ever gets charged.”

Any thoughts on whether that’s true? Note that the bill Biden just signed has money for lots more IRS auditors.

It seems at least a category error, by implying either one does or does not evade taxes.

Instead, there is a matter of degree. It may be that the trump org evades taxes to a much greater degree than other companies.

More generally, the comment seems like classic trump support. Everybody is just as bad as trump, so it’s unfair he is picked on.

That appears to be the Trump Org defense strategy.