The Tonga volcano eruption was a big one!

Plume went well into the mesosphere

@UpdraftwMax
Some interesting observations from the #HungaTongaHungaHaapai eruption last night. The stratospheric canopy left from the first pulse showed -45 to -40 C in several places (below). Based on this and the nearby 00Z Nadi Airport sounding, this puts the plume height in the...
ArthurItas January 15, 2022, 6:18pm #3

Minor flooding in Santa Cruz, CA from the tsunami

You can even see the shock wave on this satellite imagery 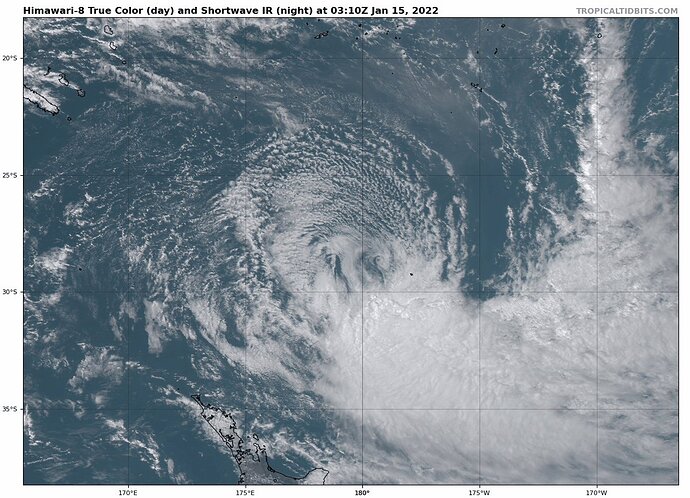 @CyanideCN_
The shock wave generated by the recent eruption of Hunga Tonga #volcano is even visible on satellite imagery. Unbelievable. https://t.co/5Hih2mPePs 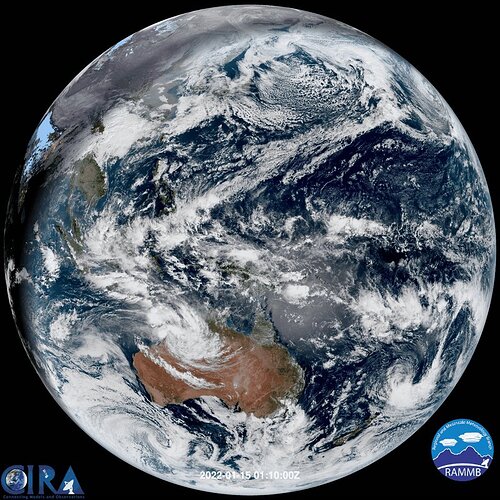 @TTrogdon
The satellite imagery from the Hunga Tonga eruption is unreal. Direct your attention to the lower right. The eruption then shock wave is simply incredible. https://t.co/OTLCgyEozQ
ArthurItas January 15, 2022, 9:57pm #7

400,000 lightning strikes in the plume in just a few hours

@COweatherman
This is the most incredible #lightning loop that I have ever put together. #HongaTongaHungaHaapai #HungaTonga #Volcano eruption today with nearly 400k lightning events in just a few hours! https://t.co/xqW70NLeVd
ArthurItas January 16, 2022, 3:53am #8

Nat Geo article with some details on the eruption. They call it a 1/1000 event.

High enough to cool the Earth, a la Pinatubo? (Temporarily.)

It also said the explosion was heard in Alaska over 5,000 miles away. They said it was not heard in Hawaii but was in Alaska because of the way the sound bounced around. But that it was actually sound heard by human ears in Alaska.

There was also a video that showed the shock wave traveling across the US. Some guy got data from air pressure sensors across the US and showed how there were momentary significant increases that rippled across the country. I’ll look for the article that had all of this in it. It was pretty amazing. 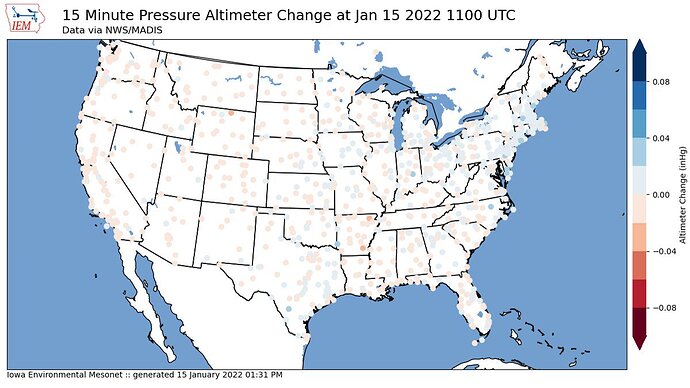 Yeah, I think that was the pressure video.

Saw this article suggesting total SO2 released from this eruption seems unlikely to have a meaningful effect on global temperatures: 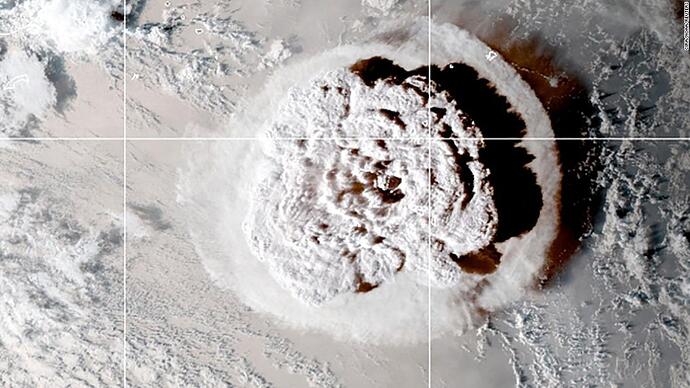 The eruption near Tonga on Saturday was likely not large enough to impact global climate, experts tell CNN.

OK, I think this is the article I read this morning. It has a bunch of tweet video’s embedded. It is a WaPo article and I think it might be behind a paywall. I’ll try copying but not sure if everything will come out very well.

How the Tonga volcano generated a shock wave around the world

The eruption of Hunga Tonga was among the most spectacular displays caught by a weather satellite.

Oh wow, that’s nothing. Do you have the article?