Thread to discuss when someone kills the police 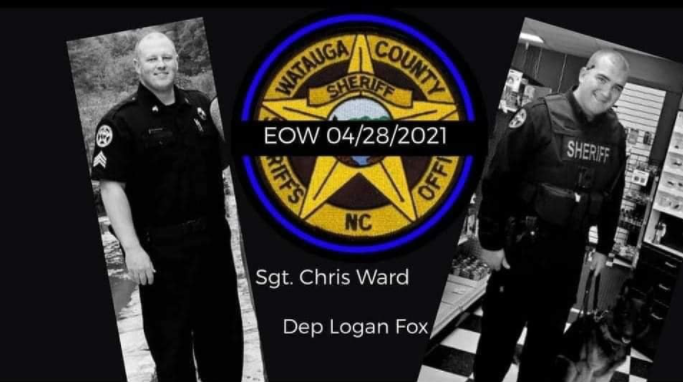 WATAUGA COUNTY, N.C. — Five people are dead in the wake of a standoff in Watauga County. The Watauga County Sheriff’s Office confirmed Thursday morning that five people were killed, inc…

To be fair, I don’t think anyone has ever claimed that good guys with guns will definitely stop 100.00% of bad guys with guns in all cases. That would be a pretty absurd claim to make.

So the existence of bad guys with guns killing good guys with guns doesn’t really disprove the moniker. Just like the existence of a teenager on birth control who gets pregnant and seeks an abortion doesn’t disprove the claim that getting teenagers access to birth control will reduce the number of abortions they obtain. No one is claiming a 100% success rate, so there are going to exist examples where it doesn’t work out as hoped.

Here’s an interesting one: the criminal involved in the 2018 Trader Joe’s police involved shooting in LA has been charged with murder.

This guy was already going to get a murder charge for killing his grandmother, along with a host of other charges for the resulting police chase and shooting at cops. Obviously the cops had every right to shoot back at this guy. However, I question the judgment of police firing into a crowded Trader Joe’s location and then getting zero blame for catching an innocent bystander with their bullets.

The issue is whether police are more safe or less safe if guns are made easier to acquire… I tend to believe the later.

I’m not sure how it works in countries like the UK where guns are more or less forbidden, but I think that making anything harder to acquire (guns, abortions, drugs, you name it) mostly creates a black market. So I’m not convinced that restricting gun access would keep guns away from criminals, but at the same time, we have a lot more gun crime than other developed countries. It’s a tough issue.

Certainly some gun crime is a matter of convenience. Someone wasn’t planning on being a career criminal but they’re out of work and the landlord is about to evict them so they go and hold up a 7-11 because they can and they really really need the cash.

So to some extent we’re probably subbing gun crime for non-gun crime. But probably not totally.

I don’t know how prevalent gang activity is in other countries but I believe that gangs and the illegal drug trade account for the majority of gun crime here.

Do gangs not exist in other countries like they do here? I assume that illegal drugs do.

If you are interested in the UK, it has about 1/5 the population of the US and about 1/15 the number of cops killed by guns (an average of about 3/yr verso about 45 in the US)… There is about the same amount of poverty and racial diversity in the two countries so the obvious difference is the availability of guns.

Is it obvious, though? Correlation != causation

I think if there were an easier answer for this, we’d have found it by now. Making drugs illegal has simply turned drugs into a massive criminal enterprise; I don’t feel like going in circles with my argument, but like I said, black market.
I think you are vastly oversimplifying by comparing across countries like that.

There is about the same amount of poverty and racial diversity in the two countries so the obvious difference is the availability of guns.

Eh, the UK has a different culture insofar as views on gun ownership and gun use are concerned, and probably less of a “f*** cops” attitude as well although I’m admittedly less certain of the last part… just something I am guessing is probably the case.

I think their cops kill fewer unarmed people per capita, which likely impacts attitudes about cops. Of course fewer cops are armed and the cops probably have less fear about the populace being armed so even the armed ones may be less jumpy.

The first statement of your second paragraph is correct. While police are killed by civilians at three times the rate in the United States, police kill civilians at 60 times the rate. What proportion of those killed who were armed I cannot answer.

That’s a really interesting statistic. Do you have a source for that? Not because I don’t believe you, but because it’s the kind of thing I might want to refer back to at some later point in time. 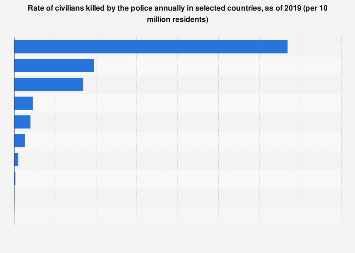 The rate of civilians killed by police in the United States is far higher than in comparable developed democratic countries, with 33.5 people killed by police per 10 million residents in 2019.

It’s interesting that it’s just England & Wales. Offhand I wouldn’t think Scotland would be that different, but I could see Northern Ireland being worse than England & Wales.

but I could see Northern Ireland being worse than England & Wales.

List of killings by law enforcement officers by country

This is a list of deaths caused by law enforcement officers by country.

Here is a more comprehensive list that has the UK as an entity. Note where the United States falls, between Iran and Angola.

Thanks. Might be good to take a 10 year average or something.

I was surprised to see Luxembourg so high… until I realized that they had a whopping ONE shooting. They just have a small population to average it out among.

But the list is interesting nonetheless and the US is depressingly high / among some not-so-elite company.