Thread for when real life feels like the Black Mirror 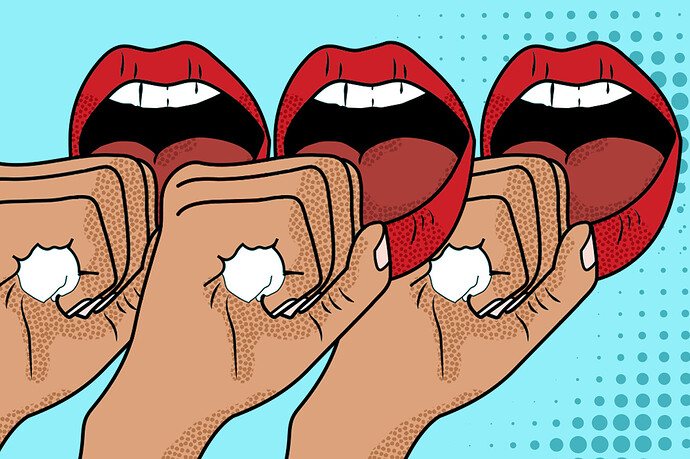 An artificial intelligence model can detect people who are asymptomatic with Covid-19, through cellphone-recorded coughs. The work was led by Brian Subirana and colleagues at the MIT Auto-ID Lab.

MIT developed an AI that can recognize COVID based on a quick cough. It has false positives (because you could have the flu or something), but it’s apparently very sensitive even for asymptomatic cases. They’re seeking FDA approval to create an app.

Which is just amazing and wonderful and could end the pandemic and all future pandemics.

What’s more, it can tell if you have Covid just by passive listening. It could even listen to a room and tell if someone in the room has Covid.

It all comes down to the fact that AI can listen better than people. They developed it by merging with an AI that they were already working on to detect Alzheimers in your voice.

I’m dropping this in the Brand New Black Mirror thread, because this seems like the tip of an iceberg. Coughing into my phone before going into a restaurant is great. But what happens when I diagnose my boss with alzheimer’s based on a phone call. And who even knows what else is hidden in our voices… Generally seems like another case of rubbing the Big Data/ Deep Learning lamp.

Is there a BM episode on this? I don’t recall, and I’m a pretty big BM fan.

Are you just saying this in the futuristic sense?

I’m not surprised computers can do this better than humans, humans can’t see the whole spectrum of light, or hear the whole spectrum of sounds. Humans are also bad at doing most things (hand shakes during surgery, bad drivers, gets tired, drink and do drugs often that affect everything else they do)

Yes, I think the old thread was “when real life feels like the black mirror” guess I should change thread titles since folks are literal around here.

But what happens when I diagnose my boss with alzheimer’s based on a phone call. Generally seems like another case of rubbing the Big Data/ Deep Learning lamp.

Is this any different than noticing that your boss has pink eye or a giant pimple? Some diseases can’t be hidden. With the tech you’re describing, fewer diseases can be hidden from the public.

It involves bigger secrets. People are private about their health stuff. Thus hipaa. We could add blackmail, wrongful firing, etc…

It also has a history-- we could diagnose family members who are dead now, for example…

It’s also official, making it a bit different from a hunch. Lots of hunches don’t mean much until an expert confirms them.

(To be fair I don’t like BM type shows, because it generally takes things unrealistically too far)

Yeah, but when everyone can tell what everyone else has, what really is there to blackmail? It’s mutually assured destruction. Kind of like people who hooked up holding each other’s nude pics.

I suppose it’s a bit embarrassing if you have a big herpes sore on your lip for everyone to see. That stigma is confusing to me, since 50% of the people have herpes.

To be fair I don’t like BM type shows, because it generally takes things unrealistically too far

I was quite fascinated by the duplication of consciousness episodes. Those don’t seem too far fetched to me. I like that it tackled both ends, creating a paradise, or use it for punishment/eternal torture

Its a little weird if we all hold each other’s nude pics. Which I guess is another obvious application of ML.

I didn’t watch, but various notions of uploaded or vatted brains is pretty classic. There’s a Roald Dahl story from the 50s where a jerk husband achieves immortality, and his wife sits around torturing his brain.

On the whole I think the “uploading” concept is kind of myopic. It runs into scientific and philosophical. issues… and if we do get to a point where we can create artificial minds (reasonable) – we would be like Gods, capable of creating things much larger than ourselves. So it sounds petty that we would instead just make singular clones of ourselves.

That said, I could see using AIs to convincingly imitate an individual. And certainly there’s something to be said for inventing new and better tortures, which humans do seem to excel at.

MIT developed an AI that can recognize COVID based on a quick cough. It has false positives (because you could have the flu or something), but it’s apparently very sensitive even for asymptomatic cases. They’re seeking FDA approval to create an app.

Not sure if it’s a symptom, as I don’t think I’ve known anyone actively with COVID.
But if you are asymptomatic, you’ll have to consciously make a cough into the app as opposed to an involuntary one.
Because, detecting COVID conductors prior to the existence of symptoms is (imo) Priority #1.

Ahh, I didn’t read the article and (made an ass) it was stealth, not actively coughing into the app.

Well, I did read there (or somewhere) that the app could possibly be programmed into your Alexa, alerting you that someone in the room might have COVID. That would be cool, and scary.