Yet another attempt to create an alternative to Democrats or Republicans. Who’s involved?

The merger involves the Renew America Movement, formed in 2021 by dozens of former officials in the Republican administrations of Ronald Reagan, George HW Bush, George W Bush and Donald Trump; the Forward party, founded by Yang, who ran for the Democratic presidential nomination in 2020 but left the party in 2021 and became an independent; and the Serve America Movement, a group of Democrats, Republicans and independents founded by former Republican congressman David Jolly.

Great, Andrew Yang trying to milk his 15 minutes of fame. Fine, I’ll skip over that and give it a chance. This new party, it’s got some policies in mind to attract people, right?

The party, which is centrist, has no specific policies yet.

Why … am I not surprised. OK, it’s got a slogan that’ll hook potential voters, right?

How will we solve the big issues facing America? Not Left. Not Right. Forward.

JFC, this might as well be “we’re not Democrats or Republicans, have pity on us and throw us a couple votes. Please?”

I give this 12 months max before it falls apart.

Well, at least they are starting with the Midterms. Most of these “third parties” are just one person running for president.
Needs to grow into a coalition or caucus in the Senate to bring up bills that they agree on and that one of the current two-parties also agree with. In the Senate, that means a third of the Senators of each party.

Always felt Yang had some good ideas but was too pie-in-the-sky and inexperienced.

Either way the admins of Reagan, GWB, and Trump sounds like a party I would decline to attend. I don’t have a good take on G HW Bush in either direction, but allies of the other three there just sound like people I don’t want to be around.

Needs to grow into a coalition or caucus in the Senate to bring up bills that they agree on and that one of the current two-parties also agree with.

I’ll just stop you right here and say this is never going to happen absent a massive shift in the political atmosphere that I don’t see happening any time soon. You sure as hell aren’t getting 1/3rd of each side’s senators to come together on a substantial number of items. Hell, Republicans are back to obstructing funding treatment of soldiers exposed to burn piles in Iraq and Afghanistan after finally agreeing months back to fund it, and that should be a slam-dunk “we support our veterans” kind of thing.

I never implied that it would happen.
Biggest issue is getting standing senators to renounce their party. Best time to do it would be right after a reelection, when there are five years for it to blow over. Get a third of the Senate to do this? No.

The best chance of any Senator renouncing their party is Manchin flipping across the aisle. Which, to be honest, I’m surprised hasn’t happened. (Yet?) Beyond that, no one is doing that even if they know upon winning the current election that they’re not running for re-election in 6 years.

There’s a better chance of a 3rd party getting started and staying viable for longer than 4 years, and this one won’t be the one that does it.

Either way the admins of Reagan, GWB, and Trump sounds like a party I would decline to attend. I don’t have a good take on G HW Bush in either direction, but allies of the other three there just sound like people I don’t want to be around.

I think there’s merit to this. I don’t see a 3rd party ever being “truly centrist” because the moment the right gets a toehold on power, it’ll fight tooth and nail to push toward social conservatism and the entire movement will get overtaken soon after.

Maybe there really are “fiscal conservative, social liberal” Republicans in this movement who’ll stand firm, while there are Democrats who’ll similarly resist demands to swing the party far-left to uber-radical ideas on fixing everything with government power and printing money. I doubt it. I think there’s a greater chance a fool and his money are parted and this becomes a tool to try and split Democratic support in favor of Republican candidates.

I am a fiscal pragmatist, social liberal, so I thought I was Libertarian for a while.

Turns out Libertarians are generally kooky and don’t have a unified platform. They range from some rational thinkers, to people like Ron Paul in the middle of the spectrum, to sovereign citizens.

Democrat is the closest to my identity, not exactly what I’d like but socially conscious enough that I’ll take it. I’m not willing to compromise to the middle, especially after the last 6 years. This middling party will die, I am sure. 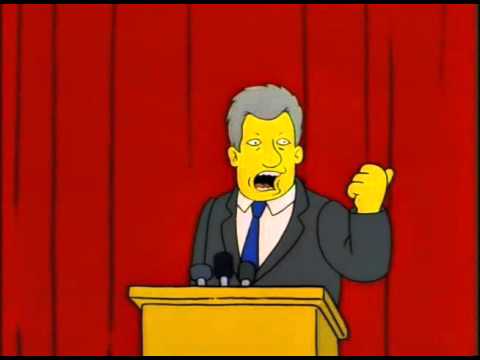 Yet another attempt to create an alternative to Democrats or Republicans.

It will fail again. The US political system was long ago fortified against such intrusions. Who knows, there may even be organizations running offense by subverting and otherwise fragmenting movements before they can really get started. There’s a lot of money at stake, after all.

The history of successful third parties (Federalist to Whig to Republican) often involves swallowing whole one of the established parties.
Like, the MAGAs in the GOP, except not changing the party name to the TrumpGod Party.

might find some success if they named it the Rino party. Might even get a few dems to join 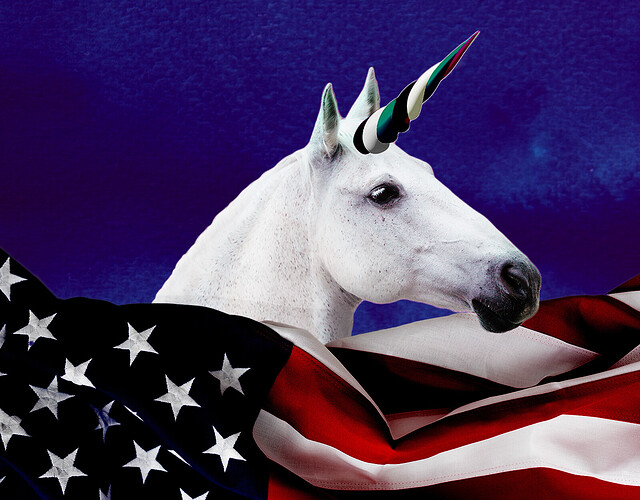 So You Want To Start a Third Party?

Then tell me how you are going to attract real-world Trump voters.

I disagree with the very last part - the notion that a guy like Joe Manchin is the politician that could be the lead of the party - but otherwise, I think it’s pretty damn accurate.

Always felt Yang had some good ideas but was too pie-in-the-sky and inexperienced.

inexperience in politics is probably a good thing.

once experienced, you’re tainted for good. you don’t wanna end up looking like pelosi or biden or McConnel do ya. they’re like the dracula of political experience

i see now that yang’s UBI wouldn’t work. Look what happened when the govt gave out free money the last few years. Pandemonium.

Or maybe it could work, but needs a long and painful adjusting period

Look what happened when the govt gave out free money the last few years. Pandemonium.

I was probably under a rock, what happened? There was government backlog but the (non-commercial) stimulus checks seemed straightforward to me. To my knowledge most issues are sorted out now. Due to the quick rollout there were some hiccups, but that’s expected with a national ad-hoc program.

PPP loans are a different story of course, that was an abysmally-run program.

stock market went up to ridiculous highs as well as crypto. Then it all came crashing down. People refusing to back to work, min wage joints offering huge sign on bonuses to work, and 40 yr inflation highs

Quantitative easing before to dig us out of 2009, direct payments in 2020… Between the two I like the direct payments, at least it gave money to the people struggling. Again, discounting the PPP debacle which was mostly payments to mega-corps.

Mention the actions taken by the Federal Reserve, and you are so close to getting it.