I think the sentiment here we should have is the same as Jesus on the cross. “Forgive them Lord they know not what they do”. Conservatives love to flout regulation as unnecessary expense but then get bailed out when the tail risk happens. It is the way of things and it will continue to be the way of things. That said too many people do not understand risk and are incapable of making these decisions and they are the people suffering regardless of how they voted or their attitude. They need help, the country will give them help. It is what America does. We have to start stepping above the pettiness if we really want it to end. As Michael Jackson said “I’m looking at the man in the mirror, I’m asking him to change his ways” At the end of the day that is all we can do to change the world. Be better ourselves. That’s all we control.

This also comes up whenever there’s a hurricane in Florida or a wildfire in California.

Where’s the state adjustment factor for the CAT premium we send to the federal government!?

“Forgive them Lord they know not what they do”

I disagree with the notion that we need to parent Texans, they took the risk voluntarily and knowingly. And a lot of these guys have the ability to say they voted against Sandy relief.

As Michael Jackson said “I’m looking at the man in the mirror, I’m asking him to change his ways” At the end of the day that is all we can do to change the world. Be better ourselves. That’s all we control.

But alas, I’m glad Biden approved it without fuss. But I do think we should have some defined state-based contribution to the disaster relief money that varies by the likelihood of different states needing it. We have a whole industry of people who could help set this up!

Actually there is something to this.

Solar panels don’t work under these conditions (ice buildup) and wind actually takes power from the grid when its too cold because the blades are disconnected from the turbines. The turbines are then heated to prevent damage.

The big problem is that there is 0 incentive to construct backup power generation. It would have to be NG or oil fired plants (coal take too long to start up) and current regulation actually disincentives those types of plants. Makes it economically infeasible for the power companies to invest heavily in backup power generation.

But I do think we should have some defined state-based contribution to the disaster relief money that varies by the likelihood of different states needing it. We have a whole industry of people who could help set this up!

That’s awesome in theory. In practice it would become political pork unless set up to be extremely non-partisan. Maybe like the federal reserve where they’re nominated to 14 year terms. Even that gets political though.

In practice it would become political pork unless set up to be extremely non-partisan.

Couldn’t they just say we defer to the CAS on the appropriate state adjustment factors (who would be hired to set them) and then we can trust the results are fair?

Did you miss the comments that most of TX electric power comes from natural gas, and some NG plants shut down because pipelines froze?

Actually there is something to this.

Texas went cheap and did not take into account potential extreme events with their energy infrastructure. A hallmark of the GOP version of conservatism*, milk the short term profits ignore the long term risks.

Maybe Texas should hire some of those socialist Canadians to build their wind turbines. 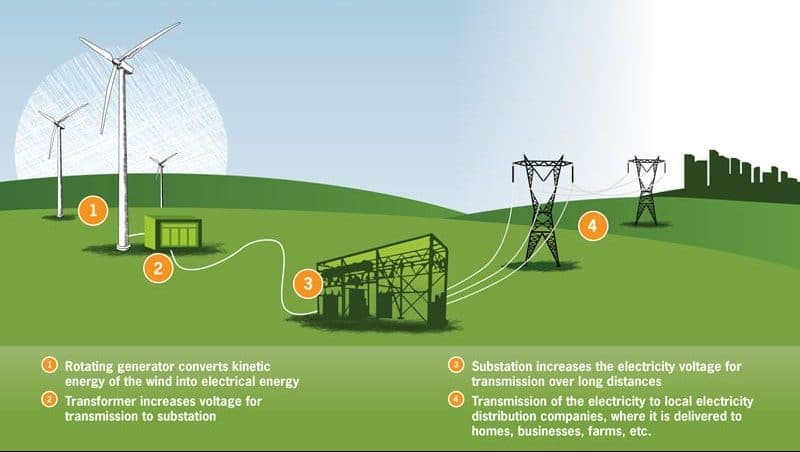 Answering your questions about wind energy While wind energy has enjoyed growing success in many countries for several decades, it is a relatively new contributor to the power system here in Canada. As such, it is natural for people to have...

More wind energy has been built in Canada between 2009 and 2019 than any other form of electricity generation.

Wind energy is currently generating enough power to meet the needs of over three million Canadian homes. There are 301 wind farms operating from coast to coast, including projects in two of the three northern territories. In 2019, Canada’s wind generation grew by 597 megawatts (MW) spread among 5 new wind energy projects, representing an investment of over $1 billion. The installed capacity of wind generation reached 13,413 MW in 2019.

I am persuaded by this. At the end of the day, I can only control my own behavior. Help them now. And look at what we need to adjust to keep the partnership “fair”. Because right now, Texas is just scamming the system.

I’m sure you’re all familiar by now with ERCOT. Texas has its own power grid, not connected to the rest of the USA. The reason they do this is to avoid interstate commerce and federal regulations. (Texas does a similar thing with airlines. They have a number of Texas based, in state carriers, which avoid FAA oversight by never leaving the state.). Now, if you want to be excluded from the republic, I am ok with that. But they cannot expect help like any other member. Treat them like foreign countries. Help them. With aid, but not FEMA. They may need a special appropriations vote. I don’t know.

I am not sure how ERCOT is regulated, or whether it is viewed as the regulator, so I won’t make any political commentary. The first thing I am interested in is a detailed analysis of which parts of the grid and supply system broke down, which has been started and will take a little time.
Initial impressions: They failed to winterize appropriately for a tail event. Nat Gas, which is both a significant electricity generator and home heating source, had multiple problems. Generation was hit with supply issues due to priority being given to increased home heating demand as well as frozen supply infrastructure.
Wind had production declines as well, I don’t fully understand why (designed shutdowns in icing weather?). Surely temp alone isn’t the reason, otherwise Canada wouldn’t have wind power.
Another item of note, peak demand was on the order of summer peak demand. Average winter wind production in TX is much lower than summer, and solar is lower also. Which means if you build for peak, wind/solar need to be way overbuilt (for summer) in the absence of other sources. My “contact” at AL Power tells me AL has actually been a winter peak state for a while, which is surprising to me.
Not sure about electricity grid itself. One thing I have been thinking about is what happens in an EV dominated world when a hurricane evacuation happens. Long charging times and an underbuilt charging infrastructure will be ugly. 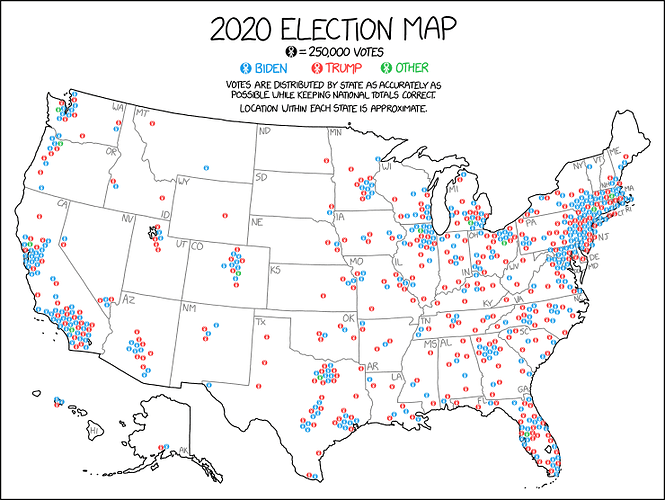 Help now. Chastise and judge later. This is the way.

Rick Perry is saying now that Texans would rather have no power than accept help from the federal government.

The GOP Congress and the TX Governor are still blaming “Wind Power” and the “Green Deal”. People are going to remember that and believe them. CBS, CNN, NYT, etc. will point out that they are wrong. Fox will quote them out in a headline.

I realize that they don’t speak for their people, but honestly fuck them. They won’t see the light after we help them, they will just be even bigger assholes after this is over. If only there was a way to demand that individual citizens quit the bullshit in exchange for help.

Part of the point is that your “thinking of an AO person” is because raw numbers do mater.

The big problem is that there is 0 incentive to construct backup power generation.

This is why regulations exist. 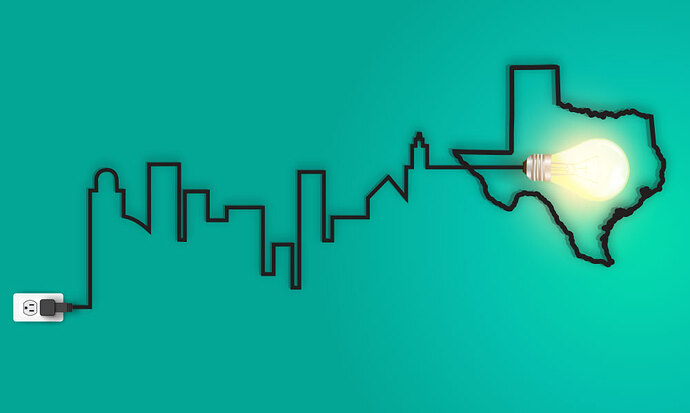 Where Power Comes From - and How it Gets to You

Great info there. ERCOT is regulated by a TX public utilities commission. Also includes the 2019 breakdown of power generation by source. Wind was 20%. Articles I’ve seen quoting ERCOT say Wind has been impacted by the cold because the turbines aren’t weatherized, but that it was only expected to make up a small portion of winter power generation and the amount it’s falling short is less than NG, which is the big culprit. They don’t insulate the pipes, so the gas isn’t moving through them. At the end of the day, this has nothing to do with power generation source and everything to do with not spending money to prepare for the occasional winter storm.

I should add that it’s the same reason that snow hitting lower states is so devastating. They don’t have the plows and salt to prep or deal with the issue, and I don’t blame them. But power generation is pretty important and being connected to the wider grid could have helped; so maybe extra caution would be good. And TX really is being a bunch of dicks about it. Trying to score political points and asking for relief even though they have voted against the same for even more extreme events like Sandy.

I’m okay with letting upstate NY rot if we can separate them.

I was just catching up to that.

Anyway, maybe you can just send help to Austin.