Cold snap. 180 Power generators are offline. Out of fuel to run the generators

Texas has among the lowest energy costs, and is proud to be business friendly (low regulations)
Those regulations had to do with, among other things, back up fuel supplies. You know, in case something disrupted supply.

So my question is: are the rest of the states obliged to send help? They are the ones that enjoyed the lower energy costs. Low tax state…proud to be business friendly.

This is sadly reminiscent of the Houston flooding a while back. Local Regs made storm sewers sub standard for the load, saving taxes. But why should the rest of the nation pay for their poor risk management?

Texas run out of bootstraps?

didn’t they vote for Trump? why do I want to help them?

This. But after the lives are in a safer place - make them pay through the nose for it.

California had rolling blackouts last August and September due to shortage of supply, and we do not lack regulation here. I think the issue is a bit more nuanced.

I say help them. Trump stooped to the concept of not helping blue states, don’t think liberals should stoop to that level.

Texas has among the lowest energy costs,

Well, you get what you pay for.
What’s that saying that Serena used to say: “You want it cheap, you want it good, you want it now? Pick two!”

Tell you what, we have energy that they need, but it will cost them. Our costs. Not some usurious charge.

I guess there are still a lot of dems in Texas, so that’s the only reason I say to maybe help them.

Anger is amplified as I watch their governor blame this on the climate change restrictions imposed by the federal government. lol,whut? The friggin natural gas stopped flowing. It has nothing to do with green energy at all. Pure bullshit.

Anywho, it will warm up eventually. It’s Texas, not Minnesota.

There are other Climate Change Deniers blaming this on frozen wind turbines, even showing a picture of copter de-icing one… in Sweden… in 2014, and claiming, “Hey, all that copter gas being used to de-ice a turbine, not very green!” BS.
One is even a Rep in Congress.

why should the rest of the nation pay for their poor risk management?

This also comes up whenever there’s a hurricane in Florida or a wildfire in California.

We have a huge moral hazard problem in this country.

So we have relatives in Texas who’ve had no electricity for days, and they have an electric range and no fireplace, so no source of heat at all. They’re sheltering in a mega church that is pretty crowded. We’re concerned about Covid spread.

Also, I’m told by these same relatives to expect gasoline to get way more expensive in a few days because one of the biggest (perhaps THE biggest?) refineries in the country shut down. So fill your tanks now!

r/ThisYouComebacks - This you, Rafael (ted) Cruz? 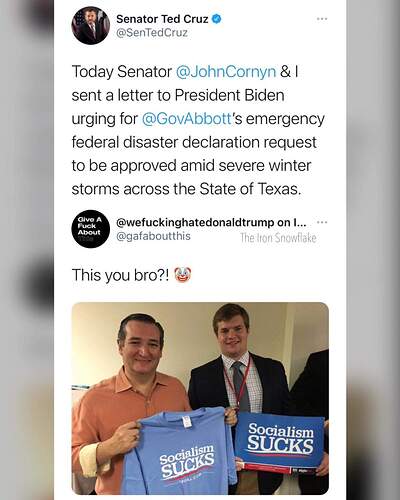 So, that is how “they” get back at us: increase our gas prices. 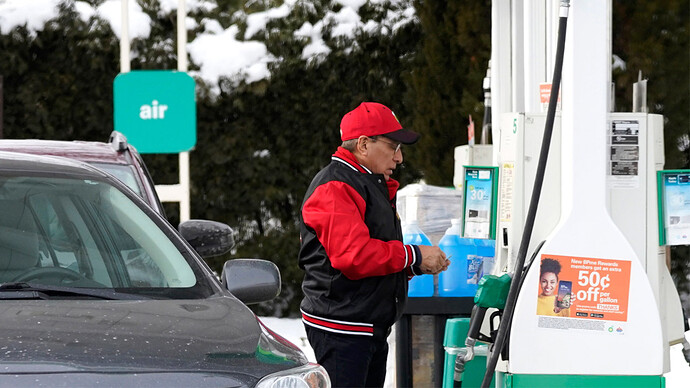 Gas prices could increase as much as 20 cents per gallon as weather shutters...

Gas prices have risen for six straight weeks, with the national average increasing by 2.6 cents per gallon over the past week to $2.50 per gallon, according to GasBuddy data compiled from more than 11 million individual price reports covering...

Seems they’ve been going up for (six) weeks already.

It is pretty shitty. We had similar issues in 2011 but not as severe. We knew it would happen again but it costs money to winterize shit which means it unfortunately didn’t happen.

I wasn’t paying attention in 2011, but the legislature is currently in session (it only meets every other year for 5 months) and it is obviously getting some headlines so we’ll see if anything is done this time around.

why do I want to help them?

Help now. Chastise and judge later. This is the way. 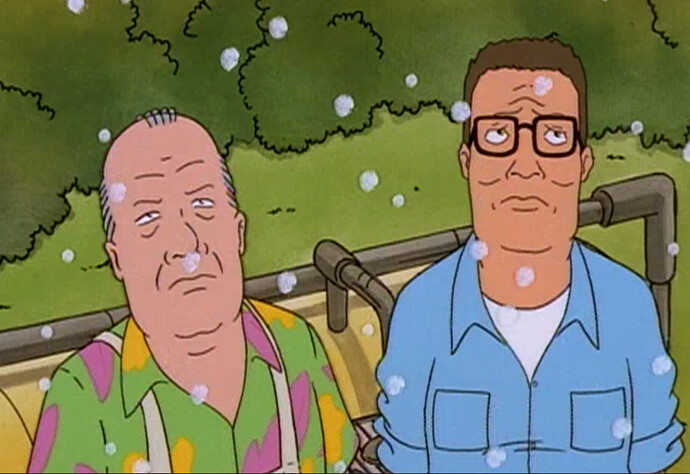 Seriously though, I’d be pretty upset with the authorities if we had outages and the gas doesn’t work. The gas ALWAYS works. if we run out of power for a week, I can always leave the gas fireplace on and we have heat. That’s a baseline assumption I’d hate to find out is false.
Still, where I am there’s contingency plans. We have locations (firehalls, sporting centers etc) that are set up as places where we can go in the event of such an outage - already set up with generators, heat, etc. That got set up after some ice storm or other, or might’ve been after that time the eastern seaboard was out of power for a week. So even if the gas didn’t work, nobody should be freezing to death.

just thought of an ao person who lives in texas.