I live in NJ, but my office is in NYC. I worked remotely for about 3/4 of 2020, but I still pay NY state and NYC taxes as if I’d worked in person the entire time. I wonder how long this can last, presumably NJ has a big incentive to challenge NY’s jurisdiction over NJ residents who never leave the state? 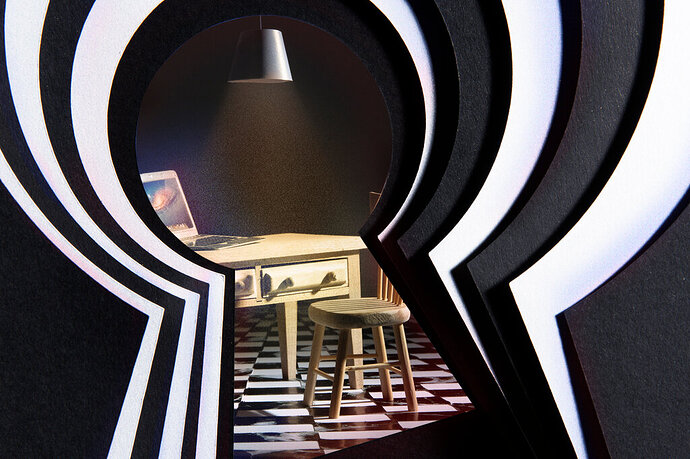 The Tax Headaches of Working Remotely

“Each state has its own rules,” one tax expert says. So if you worked in a state other than your usual one in 2020, here are some tips on dealing with the tax season.

Your employer might have to make a statement about your work location. What are the tax policies for people (New Jerseycows) like you who would, as a rule, drive only one day a week into NYC? Or two? Or every other week?

I’ll ask my friend, who lives in Fair Lawn but works in NYC and has also been home since last March, what he and his company are doing regarding taxes.

I take it that NJ income/employer taxes are lower?

I’m wondering if I’d be able to get assigned to a local office but then go into the city 1-2 days per week and thus they’d only have the power to tax 20-40% of my earnings?

I don’t think there’s a huge difference between NJ and NY taxes to be honest and I can basically offset NY against NJ, although it’d be nice to stop paying both NY state and NY city taxes in full on the earnings.

If you live in NJ, you don’t need to pay NY City taxes…

I believe it depends on the employer. You have to get your employer to switch locations of where your working. I heard one insurance company did this for their NJ employees.

From what I heard NJ is taxed at a lower rate, but NY has more tax deductible items. So your mileage may vary.

Just had a look back at my return, you’re right the NYC part was withheld but refunded, so maybe it wouldn’t make much of a difference for me, just the difference in rates between NJ and NY.

I didn’t have much to deduct on my NY return, just dependents it looks like although it looks like for NY they do that on the top line, rather than federal who takes it off the bottom line.

Looks like my marginal rate would drop about half a percentage point if I was in NJ, haven’t done the math for the effective rate.

I would tell your company to remove withholding it from your paycheck. No reason giving NYC extra money to hold onto.

I think the taxing cities in particular are desperate for the revenue.

My family in Ohio (which has a ton of municipalities with income tax) reported that the state actually passed legislation that if you’re logging onto a network in the city then you are considered to be working in the city. Or something pretty close to that.

So all of the folks who live in suburban Cleveland or Cincinnati and used to work in the big city but now log in from home are still stuck paying Cleveland/Cincinnati income tax. And not just those two cities. There’s a lot.

I wonder if that would hold up in court though? I don’t imagine Indiana could just say “you googled stuff about our state so that counts as being here haha pay us money now”, like where’s the line? Seems like cities will hope to keep the revenue to avert further downward spiral but apparently there’s $1b in state revenue on the line for NY vs NJ. It seems reasonable I should be paying NJ my taxes when I’m spending 100% of my time there.

Interesting. Every so often, Google thinks I am somewhere else. I go to the Home Depot site, and it says something like (but nothing like): “This Prairie View, Texas, Home Depot is closest to you.”

I wonder if that would hold up in court though?

I forgot to mention that there’s a lawsuit in Ohio over this issue with the city income taxes. Because the big cities tend to have higher tax rates than the suburbs (which might not have any income tax at all) and half the state worked in a different city than they lived before Covid hit. I guess it must be a class action suit, but I only know a little bit about the lawsuit. Just from my knowledge of the state I know it must impact a crap-ton of workers though.

It will be interesting to see how the lawsuit shakes out.

I mean logging into a physical desktop that’s sitting on a physical desk in an office building in downtown Cleveland is a little different from Googling something (to NormalDan’s point).

But yeah, whenever I try to order something from WalMart (rare, but it happens) it always seems to think I’m 4 states over from my actual home.

I’m guessing that whatever that “nearby” place is, they are where our internet connections from our companies’ intranet connections to it are.
Mine changes from time to time. It was like that when I was in my local office as well.

I have a friend who currently lives in either Alaska, Florida, Nevada, South Dakota, Tennessee, Texas, Washington, or Wyoming where there is no state income tax.

He is considering getting a new job at a state that is not one of those.

If he works remotely, and continues to live where he lives, what are the state income tax consequences? I’ve read that some states are changing the rules to tax you based on the business-address. There are probably 42-different rules for the 42-different states that tax income.

If the new state taxes his income regardless of where he lives, it won’t make much sense for him to stay there since property & sales taxes are jacked up like a six year old boy after downing a four pack of red bull.

The answer is “it varies by the states involved”.

Note that AR, CT, DE, MA, NE, NY, and PA have a “convenience rule” that basically says that if you are assigned to an office in one of those states, but work elsewhere “for convenience” (as opposed to the job not being doable in the assigned state), you are subject to tax based on your assignment, rather than your physical location.

Note that to officially tag me you have to type my full name: twig93. But no matter, since I saw it anyway.

Generally speaking your work location is where you are physically located when you perform the work. Which might vary if you sometimes work from home and sometimes work on site.

But there are exceptions. Ohio passed something last year regarding their municipal income taxes that basically says it’s where your computer logs in. This affected some friends. If your office is in downtown Cincinnati and you work remotely from your home in a non-taxing suburb but you’re logging into a computer at your company’s headquarters in Cincinnati, you are now still subject to paying Cincinnati’s income tax. Or even if you live in a suburb with an income tax, chances are that it’s a lower tax rate than Cincinnati so you’re still stuck paying the higher rate rather than the lower rate. Used to be that non-residents could claim a credit on their Cincinnati income tax for days they worked outside the city. But no more.

States worried about losing revenue are quite likely to pass similar laws to what Ohio did for the cities as it’s the exact same issue on a different scale. And there are likely to be legal challenges mounted.

It probably pays to check with a tax preparer in the area you’re thinking about taking a job in to see their take on the current situation. I suspect there will be a lot of changes in the coming year or two and I am not an expert on all 50 states. I know a little more about Ohio and Oregon than other states as I’ve spent time in them and helped friends & relatives with their state & local taxes in those two states. I’m getting more acquainted with California each year. That’s probably my third best state.

I’ve prepared returns for Massachusetts, New York, New Jersey, Virginia, Pennsylvania, Michigan, Indiana, Kentucky, Georgia, Mississippi, Arkansas, and maybe a couple others I’m not thinking of at the moment, but I’m less of an expert on those states.

If you think you might be affected, hold onto your tax returns and documents (W2s, 1099s, etc) in case a legal challenge is successful and you’re ever entitled to amend and claim a refund.

I used to have to sign an attestation at my last employer every year stating that I didn’t work 15 days or more in NY. They’d withhold tax if you crossed that threshold. I had a couple of times I avoided a NY trip later in the year when I was getting close to that line.