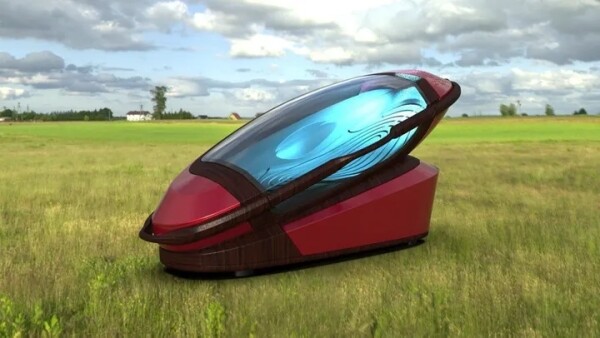 The sarco pods allow users to push a button from the inside, which floods the interior with nitrogen, lowering the oxygen level, killing the user painlessly.

Not only will the pod kill you painlessly, your survivors can use it to bury you.

On the one hand, the ease terrifies me. On the other, it would be rather nice to host my own memorial service, say goodbye to everyone, and then quietly die at a time and place of my choosing.

I’m with you. Cool but terrifying.

By the way, I’m sure it is painless. I know two people who have passed out from lack of oxygen. One was accidentally poisoned by carbon monoxide, and the other intentionally entered a chamber much like this “pod”, only shaped like an airplane cockpit, as part of her training to fly. She was monitored and filmed as the oxygen levels dropped. (And rescued before any damage occurred.)

Both reported that they were “silly” as it happened, but weren’t self-aware at the time of any problem with their cognition or breathing. The women who watched the tape said she got pretty stupid right before the end. They both found the experience pleasant as it happened, although the guy with CO poisoning said he had a horrible headache the next day.

terrifying indeed. However I get a chuckle imagining if I purchased one from Amazon and some porch pirate stole it.

The article talks about the pod using artificial intelligence to prevent or allow a person to commit suicide instead of a psychiatrist. That concerns me.

It also notes that 41% of Canadian psychiatrists now believe that mental illness alone should make one eligible for assisted suicide. That also seems concerning to me, although i don’t know enough to confidently disagree with it.

Wow, that’s great news. We need to all get into these new spaceships!

Seriously, it does sound great. I’d be surprised if they made suicide much easier for the people I’m most worried about (teenagers)… And average people badly need a better way to die. Cancer, stroke, copd, alzheimers, etc. all totally suck.

The article talks about the pod using artificial intelligence to prevent or allow a person to commit suicide instead of a psychiatrist. That concerns me.

Yeah, last person I want to talk to before I go is a friggin chat bot.

My personal opinion is that the people who are most in favor of the death penalty want it to be a punishment, and not just a way to remove a person from society. So there has never been much demand for a tidy, painless way to execute people.

It’s hardly a new idea that asphyxiation is painless. Produce is stored in big warehouses full of nitrogen, to prevent oxidation and metabolic ripening. It’s fairly common for a worker to step into one of these warehouses and drop dead, because they don’t detect any problems and don’t attempt to leave. Highly toxic gasses used to sterilize fields actually have a better safety record, because workers can tell if they are leaking, and they strive to get away or otherwise fix the problem.

Thinking about it, the only suicide I actually know (a roommate of a girlfriend) used a similar method. Probably read about it on the internet… …hmm…

It’s also a plot-point in a book I’m reading right now. They end up needing the nitrogen to SAVE THE EARTH.

So you never know I guess.

I don’t want painless. I want euphoric. The line between life and death needs to be blurred without my being unconscious. So, strong dissociative hallucination (ketamine) + MDMA + maybe some DMT + some fentanyl.

Meh, if teenagers are going to kill themselves anyway (which many do), I’d rather they have a painless option than the existing ones. Better that than the parents finding their child bleeding out in a bathtub.

I know many vocal proponents of the death penalty often want the criminal to die in a manner similar to his/her victims. Those aren’t desires for “justice” but rather of revenge and anger. I’m not sure that I agree that those are the feelings of most people in favor of the death penalty. Some criminals commit such heinous acts against victims, society, or cultures that most people do support a death penalty for such a criminal. I think in order for the death penalty to be palatable for society, there is a desire for a tidy, painless method of execution. It’s been hundreds of years since anyone has been drawn and quartered in the town square.

If death can become too tidy/painless - it might have the perverse affect of reducing opposition to the death penalty. We use euphemisms like putting our pets “to sleep”.

Many execution methods which might seem barbaric today were designed as a “humane” method of death (i.e. hanging, electric chair). California used a “gas chamber” for executions for many years (although the gas used wasn’t nitrogen, death was caused by is essentially the same method as these pods - it was death by asphyxiation).

The supply of drugs is limited by big pharma which doesn’t want to be associated with the death penalty.

Nitrogen has no similar issues.

There are very few doctors involved in executions, because it’s not what doctors do. I gather (1) the protocol used for lethal injections is one that can go wrong in a number of ways and (2) it does, in fact, sometimes go wrong in painful ways.

But yeah, also, the manufacturers of some of the drugs used are based in Europe, think the death penalty is barbarous, and won’t sell their drugs for that use. It’s become a real problem for states that want to execute people.

They guy who was poisoned by CO described some euphoria, fwiw. But you could use one of those pods combined with some fentanyl or something. 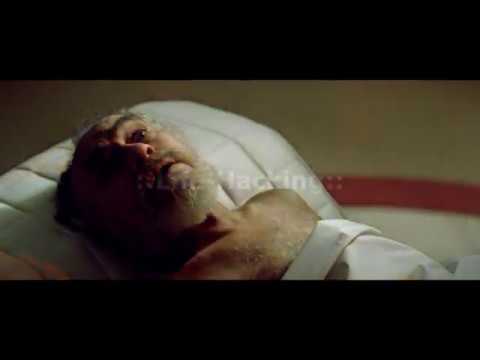 Usually if you find your kid bleeding out in a bathtub you can just bring them to the hospital.