Interesting study out of the University College London.

It suggests depression may not be caused by a biochemical imbalance in the brain and that taking antidepressant drugs may not be helping. 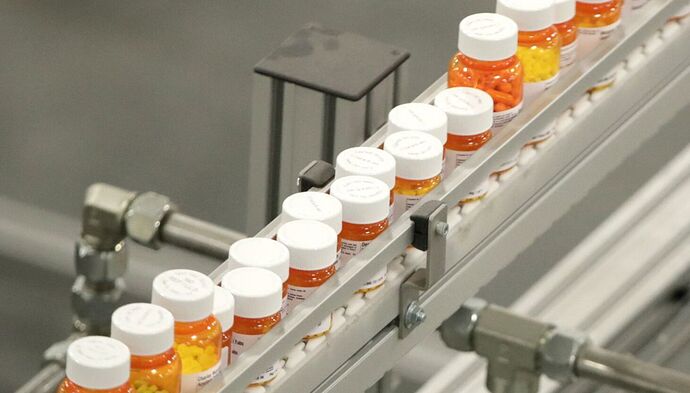 A new study says depression is not caused by chemical imbalance. What could...

University College London research says depression is not a serotonin imbalance and drugs that target it may not be the answer.

The Scientologists were right!!!

is depression more common in high achieving people? That would be a clue

So it’s less common for people with low expectations? Asking for a friend.

A British doctor I enjoy following called this irresponsible journaling. I didn’t actually read the article, but if I were on meds for depression I wouldn’t just quit taking them.

I’m pretty sure the authors of the study along with every medical professional the journalists spoke with said that. If you are on medications, speak with your doctor before making any changes.

However, that seems to then bring up the question, if I truly don’t need the meds, but I was put on them by my doctor, what advice do you think the doctor is going to give you. It seems for most of the meds, even if you intend to go off them, they wean you off slowly, not cold turkey.

The one doctor stated that they had been taught and they themselves had taught others that depression was caused by a biochemical imbalance. And that they were quite shocked with their findings.

t seems for most of the meds, even if you intend to go off them, they wean you off slowly, not cold turkey.

This. Going off a lot of these meds cold turkey is a very bad idea.

I actually know this from watching my kid. There was some mixup between her psych and the pharmacy. The pharmacy did not get the electronic message authorizing her refills and it took over a month and a pharmacy tech personally taking it upon herself to go to bat for my kid (who was over 18, but just barely, so there was absolutely nothing I could do) to get it sorted out. By then she had already gone through withdrawals.

So basically what this other guy was saying was that there are oodles (I think he said thousands) of studies showing that antidepressants DO WORK, even if the cause of depression is not a chemical imbalance.

And I think there are a LOT of people in the world who would see a headline like this and think they need to get off their meds.

Ok and I found him, it’s Joshua Woolrich (@drjoshuawoolrich) on twitter and he is a GP, not a mental health provider. I follow him bc he amuses me bc he’s from the UK and when there’s something he disagrees with he calls it “bollocks”. So possibly not the most scientific refute but I think he has a point.

Recalling from my psychology classes in college some 20 odd years ago, it was unclear at the time if depression was caused by a chemical imbalance or that depression itself (or some other mechanism that led to depression) caused a chemical imbalance in the brain. What they did know was that the brain chemistry was different in depressed people, specifically serotonin. It was very apparent that medication was more effective than placebo. Also, IIRC, medication had a higher success rate then other forms of treatment which were generally effective about a third of the time.

When they wear off?

yup. that’s when you are most clear that anything resembling happiness is only an illusion.
life is boring af

Meh. It’s as boring as you make it.
Meaning: no one else is responsible for entertaining you.

that’s the thing though. you have to make it fun for yourself. it’s not intrinsically fun

people with depression don’t really have an illness, they are just seeing the world as it is.

it’s the happy people that have a delusion

I must be in the middle: I see the world as it is, and I’m fine with it.
Or, is there only black-and-white?

“They found stronger evidence that stressful life events can lead to depression.”

I’m slow clapping for this study that didn’t even take the time to define what kind of depression they were studying.

You sound a lot like Mark Vonnegut in The Eden Express - before he had three consecutive mental breakdowns (I just read it; you should read it).

I know my mental wellness enough to sidestep any depression I can potentially encounter. I am fully in control. Life is a game to me.