So I watched a bit of the debate last night

As a Canadian, holy crap. What a hot mess.

It’s freakin annoying listening to the president speak. He’s like a mexican jumping bean, he can’t even maintain a topic for the length of a sentence. He starts off a topic and mid sentence completely drops it and starts on something else. I’ve never seen anyone speak like that.

I don’t know biden, but i’m pretty sure they shouldn’t be running the political equivalent of a marshmallow against trump. People are going to argue talking points, but it seemed to me that trump just completely dominated biden. From what little I’ve seen of saunders, I feel like he might’ve had a chance of holding his own against trump.

I agree that Biden did fine. The only way that Trump “dominated” was if you prefer loud yelling to anything. I don’t, and lots of other people don’t. I doubt the president made anyone who was undecided want to vote for him, which is terrible for him given his current polling.

Also Trump’s failure to denounce white supremacists when asked point blank to do it (twice!) is the biggest social media point after the debate, which in this day and age is the most important thing. So unless you like white supremacists, it can do nothing but hurt Trump.

I doubt it changed any minds.

I agree that the #1 takeaway is that Trump considers white supremacists to be his core supporters and was unwilling to denounce them.

I wonder if the shitshow part wasn’t by design.

IQ45 bullies everyone. And Wallace gave him way too much latitude. So I’m sure dipshit Donnie thinks he “won” that.

But I wonder if it wasn’t designed to show people that he needs to be reined in. At the next “debate” - if they put measures in place so that they can’t interrupt each other - he’s going to go completely off the rails.

I think it would be best if they two of them could not interact or even hear each other’s answers. Just ask them both the same questions.

Trump was talking to his base, as always. Loud, abrasive, make sure you harp on the Hunter Biden (non-issue) talking points that few of the undecideds care about but which his base wants to stress.

Biden was talking to the undecideds, and more importantly he was playing from ahead and looking not to do anything dumb. The undecideds don’t like yelling/arguing - most polling after debates seems to show that the undecideds turn against whoever was more emotional, whoever was going after personal issues, whoever didn’t stick to the script with issues.
At least that’s what they THINK they want. I think Biden also learned something from the Hillary v Trump debates, where that’s the approach she went with (let him make an ass of himself) and whatever people thought they thought, enough of them came away with the idea that she was weak and should have stood up to him more. Losing game, and it really struck me that Biden was actively trying to balance that all night long. USUALLY speaking to the camera and not to Trump, but letting in the periodic pushback (“shut up, man” comes across as exasperation but no way that wasn’t scripted).

The whole thing was a shit show, but I thought Biden did as well with it as he could have. Been I’m solidly on the “Anyone but Trump” train so I know my bias here. I can’t even quite call myself enthusiastic to be in the “Eh, ok, Biden I guess” camp.

Trump was talking to his base, as always.

Yes, as always. I think there’s benefit to polarizing than people expect.

I know a rabid trump supporter. The guy is insane, complete homophobe, full of anger, a prepper, all that stuff. I guarantee he loved the debate and thinks Trump dominated. And I don’t think he’s alone.

I dunno, I don’t think Trump’s out of the running any more than he was last election.

It’s tricky debating trump in part because if you go down to his level, then he beats you because nobody can do trump as well as trump himself can. If memory serves, this happened to Rubio and Cruz in the 2016 primary.

But it certainly feels like not answering him at all can look weak to too many voters(although I’m not sure it does).

It seems like Biden struck a good balance. I agree with others that he mostly just needed to come off as still mentally competent at his more advanced age, which I think he did.

I really think Biden should own up that “yeah, I’m getting up there! I wish I was 20 years younger and running for POTUS. But here’s what I’ll do: I’ll surround myself with competent people - not yes-men. I’ll listen to doctors and scientists about deadly pandemics. I’ll support them - not undermine them. I’ll put a teacher in charge of the DoE. etc etc …” I think the honesty would resonate with undecided voters. 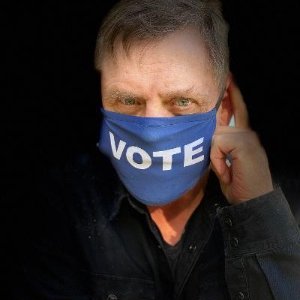 Donald is old too. Why is Joe Biden’s age the only factor? I guess he’s older than Donald by almost 4 years, but I suspect he’s in better shape. I liked that he was taped riding a bike. Donnie probably never does that.

It’s an issue because 45 keeps making it an issue.

Maybe Kamala can bring things back online. I like her. I think she will do a good job. And I wouldn’t mind her at all as the first woman POTUS.

Wallace did his best to contain the nutcase. I hope there’s a mute button next round.

Trump was talking to his base, as always. Loud, abrasive, make sure you harp on the Hunter Biden (non-issue) talking points that few of the undecideds care about but which his base wants to stress.

Yep, I think Trump’s “strategy” (if you can call it that) appeared to be three-fold:

Biden was talking to the undecideds, and more importantly he was playing from ahead and looking not to do anything dumb.

This is a great summary, too. I think Biden was largely successful at this - he mostly stuck to platitudes and attacking Trump, which seems like a winning move. A few things that he did actually say, like being pro-lockdown, and that he will raise taxes, might have lost a few undecideds. His saying he does not support the Green New Deal may have lost a few far left voters, but who is their alternative?

Overall, though, I thought Biden came out as the “winner” of this $#!+ show. (or maybe Chris Wallace, poor guy)

I’m glad I didn’t waste my life watching it.

This was the worst debate I have ever seen. I don’t think it really mattered who was debating against Trump, he would have been just as unhinged with anyone else making it a shitshow.

I hope he’s overestimating the size & voting power of the racist block.

This was the worst debate I have ever seen. I don’t think it really mattered who was debating against Trump, he would have been just as unhinged with anyone else making it a shitshow.

Trump is completely incapable of taking part in anything resembling a traditional debate. He has neither the experience, personality nor incentive for it. The best you can expect from him is a fight during which he might accidentally make a random policy-adjacent assertion and then back it up with manufactured “facts”. Expecting anything more than a shitshow was ridiculously optimistic.

The only unresolved question going in to this debate was whether Biden could come across as mentally competent and coherent in a less managed environment. A very low bar, but he seems to have passed it.

Unfortunately(?) that means the remaining presidential debates are pointless; the best you can hope for is that they’re no worse than the first. The vice presidential debate should be interesting, though I doubt it will have much of an impact on the vote no matter how it goes.

(Honestly, at this point anyone who’s undecided just hasn’t cared enough to think about it.) 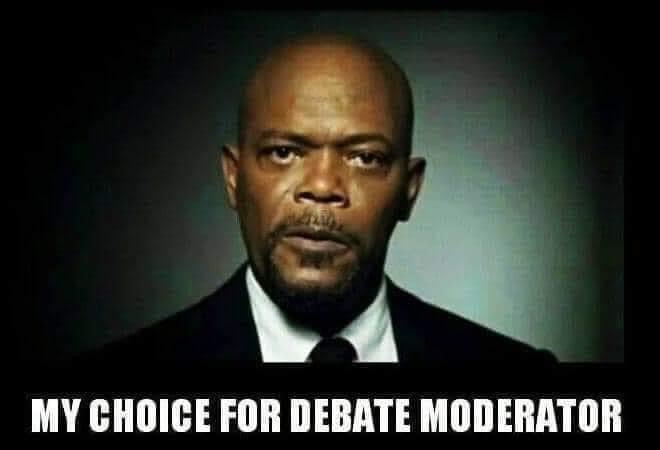 Trump’s goal, other than to be a bully, was to prevent Biden from showing people that he is not a left wing extremist as Trump has painted him. If Biden can talk about policies that sound reasonable and remind voters that he won the primary because he wasn’t pushing policies like Sanders and Warren, he gets a big win. Many people vote for Trump not because they like him, but because he isn’t a scary socialist.

I think that message will come across much more clearly in a VP debate. I think many more may watch it than the unpresidential debate given it might not be a complete disaster.