My wife likely won’t be able to take a ski trip in early 2022 this year. Another friend I sometimes go skiing with isn’t sure he can fit one in either. I still want to take one, and may even go solo.

If anyone here feels like taking a trip we could do a mini-meetup. I’m not a very good skier but I enjoy it. I’m pretty flexible on location as I didn’t buy a pass this year. I usually hit spots in CO or UT due to ease of air travel.

Wife and I still have our flight credit from our SLC trip last year, have to cash in on them soon. I can check to see if she wants to do a meetup, but my feeling is that she’ll want it to be just the two of us. We are planning to head out to Sun Valley in February - she learned figure skating out there and has wanted to go back.

I want to go to Whistler.
Never skied or snowboarded before. May go with the bf next year for Whistler pride.

I didn’t start skiing until my late 30’s

Whistler is a giant mountain and it’s lovely. Most destination ski resorts are expensive, but that one seems particularly pricey to me. One downside is that it often gets very wet, heavy snow. CO usually gets lighter, fluffy snow, and UT gets exceptionally light fluffy stuff

Most destination ski resorts are expensive, but that one seems particularly pricey to me. One downside is that it often gets very wet, heavy snow. CO usually gets lighter, fluffy snow, and UT gets exceptionally light fluffy stuff

Is heavy/compact snow easier or harder to ski on? Or is it just more painful to fall on?

Wet dense snow is harder to ski on. It’s not as nice to fall on either.

I’d be interested. I have a timeshare and some days left, but I don’t see anything for CO, UT, Canada in Jan/Feb just yet. Something might pop up.

I stopped skiing in my early 40’s. Pre-kids, wife and I would join with other couples to plan a ski trip.
Once kids showed up, it was either bring them along, doubling the cost, or not go at all. I chose the latter.

I did a few ski trips in high school, then stopped for many years. I started up again when I worked for a Swiss company - our department was planning a ski outing in the Alps. The trip didn’t happen since a few people were injured from ski trips earlier that winter, but I’ve done a few ski outings on my own or with a friend since then.

I was at the AO Breckenridge back in 2012 (iirc). 5 BR house full of a dozen dudes and @Serena
I heard that the brew pub we went to is closing down - where I had two of my 10 beer whales
I had the benz all week too. Couldn’t get used to the altitude.

Couldn’t get used to the altitude.

When I planned trips I always checked the bottom elevation, because of recovery. That area is unusually high, and we never went there.
Been to: Aspen, Park City, Tahoe, Mammoth.
On the list but never went; Steamboat, Jackson Hole, Sun Valley, Whistler, Banff, Taos, Telluride, Europe. 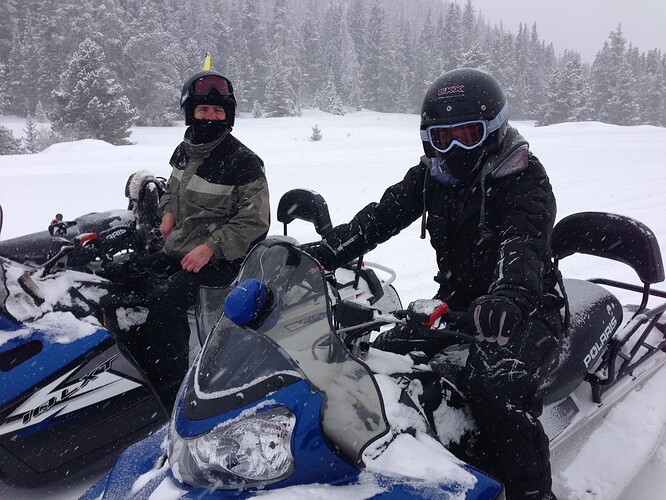 I’ve been to these two. I was a teenager, so mostly only vague memories. I remember not being that impressed with Sun Valley, and Jackson Hole was a lot bigger than what I was used to.

I wanted to go on that one, but IIRC the dates were completely out for me.

NC: Beech Mountain. I did this last season, as I didn’t want to fly before I got a COVID vaccination.

These two would require flying in from SoCal (driving distance + weather variance), so the cost goes way up. Then, once in Sun Valley, you ski at only one place the whole time? Nearby resorts were not that nearby. That would become old fast. So, we preferred destinations with several ski mountains, drivable from SoCal (1000 miles max, give or take) mainly so we didn’t have to pay for flights and rental cars; and Tahoe was usually the favorite when accounting for all that.

I mentioned earlier that the wife is thinking 2022 ski trips are probably out. What I didn’t mention is that she was hoping we’d be able to fit one in sometime in December. However, that’s looking pretty bleak due to weather conditions. This is the worst start I can remember to the US ski season in a long time. Certainly some states have had starts this bad before, but not usually the entire continental US.

So now I’m almost certainly going solo at some point. Based on past La Nina events, conditions should eventually be more favorable in the northwest quadrant of the country (Big Sky, Grand Targhee, Whitefish, Mt Bachelor, Schweitzer, Sun Valley,…) However it’s really warm in that part of the US now.

December has always been a bit iffy. With global warming, I think skiing will be only for Canadians.
Just like Lucy (the real animated character) would say, January snow is better.

December is iffier in general, but there’s almost always somewhere that has decent conditions. We’ve gone to Grand Targhee a couple of times in December. They have always been wide open by Christmas IIRC. Alta also is 96% open by Christmas on average, another place we’ve frequented.