Should I try the backdoor method?

I heard if you are not eligible to contribute to your Roth IRA you can try a backdoor Roth IRA. Is it worth it?

I’m very familiar with the backdoor

I’m glad someone got that in there

I’m glad someone got that in there

Subscribed, I’m back door curious. I have a trad IRA and I’m thinking about maybe retiring-ish in about ~6 years, so I might convert to Roth soon so I could access the converted amount after 5 years.

@Mathman Correct me if I misunderstand, if you convert now you’d be paying (I assume) about the highest tax rate you possibly could, being close to retirement. Is it not possible to convert post-retirement, when you’re pulling out less income than currently making? Sounds from your post there is a 5-year wait period which I didn’t know about, but you could likely coast on 401k/SS?

Personally I did the backdoor for everything not long ago, but expect my income to increase at least 30% and probably more before retirement.

I’ll have a ~20 year gap between ‘retirement’ and SS. I could do SEPP from the 401k but I’m not in love with the idea. I would pay a lot in taxes to convert now, for sure.

I do have a fair amount in a brokerage account. Is it perhaps better to rack up enough there to get by for five years? If I’m living on brokerage $$$, my income would plummet and I could convert to Roth at very low tax rates.

Ah. Early retirement? Nice, also aiming for that someday. I was assuming a traditional age retirement (or maybe a few years early given where we’re talking.) Sounds like you have far longer.

I see the 5-year rule you discussed and it makes more sense now. Have you diversified into bonds at all if your window is that soon?

Have you diversified into bonds at all if your window is that soon?

Yeah, I was 100% equities for years but transitioned to 20% bonds over the past couple of years. I know some FIRE folks argue for 100% equities if your time horizon is long, and it’s not an unreasonable argument.

Less than that until you hit age 59.5 though.

I could do SEPP from the 401k but I’m not in love with the idea.

I would pay a lot in taxes to convert now, for sure.

What are you hoping to gain by converting? In what way is that better than SEPP?

As far as backdoor Roth… I’d say first just dump the Trad IRA into your 401K.

Then backdoor Roth. That way you don’t get hit with the pro-rata rule. Your 401K can be used to supplement your Roth savings via SEPP and you won’t lose 30% to taxes.

I’m not completely opposed to SEPP, I know it’s very rigid. Not the worst thing in the world but I can see my income fluctuating as I doubt I’ll really retire, just earn less. So SEPP might not optimize taxes but probably an option.

As far as backdoor Roth… I’d say first just dump the Trad IRA into your 401K.

Then backdoor Roth. That way you don’t get hit with the pro-rata rule. Your 401K can be used to supplement your Roth savings via SEPP and you won’t lose 30% to taxes.

I’m going to have to google this one… thank you for this bit of knowledge. I think I see what you’re saying but will need to think it through.

I do have a fair amount in a brokerage account.

Yeah, certainly by the time I pull the plug, I’ll have plenty in brokerage to cover five years.

My income will be low, and most of my $$$ will be from brokerage and that money isn’t income. So, should I quit my job, let income fall, and then start a Roth ladder when I’m in a much lower tax bracket?

I’ve been pleasantly surprised how easy it’s been to do a backdoor Roth. The most annoying part was rolling over my traditional IRA to my 401k, but at least that was a one time thing. I think it’s worth it.

Got it, it’s easy to do back door, you just have to roll over. But it’s worth it.

Just trying to keep with the theme of the thread here. 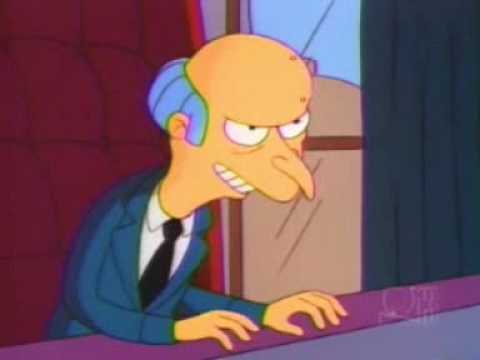 He will be paying taxes on all that rollover come tax time, yeah?

I don’t know if you’re talking a random $10k account you have or $200k, but could be worth spacing it out over 2-3 years. Especially if it pushes you into a new tax bracket of income.

He will be paying taxes on all that rollover come tax time, yeah?

No, he should roll over his traditional IRA into his regular 401k (not Roth), which is not a taxable event. He should do this before doing a Backdoor Roth to avoid the pro-rata rule (IRS won’t let you pick and choose between pre-tax and non-deductible $ to convert).

A couple different questions were asked and I think they’re getting twisted. For a Backdoor Roth, you are making non-deductible contributions to a traditional IRA and then converting those dollars to a Roth IRA. You are going to pay taxes on those dollars no matter what.

Mathman also asked about converting an existing traditional IRA (pre-tax $) to a Roth IRA, which is a separate question. That is definitely a taxable event and he probably shouldn’t do it for the reason you mentioned.

FYI, backdoor might be going away this year depending what ends up in BBB and if it passes. I don’t have a link handy, but I wouldn’t count on it being an option long term, even if it doesn’t pass this year.