Should I be concerned?

I’m worried his heart is too sensitive for this world and his interests are too peculiar.

You probably can’t stop him from, eventually, asking himself the question: Am I good enough? I think we all learn to ask ourselves that question, unfortunately.

But I can tell from your post that he will always know he is loved. So I think he will be fine.

Yeah, but all those people will just be voicing someone else’s opinions.
Or be smartasses.
Or be dumbasses.
Or old farts.
Or a jalepeno.
Or, dead terrorists.

I was into ventriloquism at some point, mostly because I thought it was almost like a super power, and almost no one can do it.

Then I quickly realized I couldn’t do it either.

Lol now that you mentioned it, I might have briefly been into it too as a kid, and also couldn’t do it and got bored with it. Yeah I don’t think it is all that weird for a kid.

also as s kid, but only to see if I could. but when I was a kid ventriloquist were all over TV, Shari Leeis, Paul Winchell, later Waylon Flowers, but today maybe AGT or more likely a creepy movie

If you’ve got the Disney Plus app (or are willing to get it), there’s a show called Victorious that has a character, Robbie, who’s a great ventriloquist. His puppet Rex has a whole separate personality and gets his own character arcs often. My kids watch the show, but I laugh at more of the jokes because it’s written much better than the typical teenie-bop drivel.

Also, haven’t like 3 ventriloquists won America’s Got Talent in recent years? There was that Darcy Lynne most recently, she was singing and comedy too.

And if you’re OK with some PG-13 stuff, check out classic Jeff Dunham and Peanut bits. I still remember seeing him late-night on Comedy Central in the 90s and laughing my butt off.

I don’t think a kid wanting a VD (ventriloquist’s dummy) is anything to be concerned about. Kids gravitate towards things they find entertaining, and a VD is just a particular toy. It could have been yoyos, or legos, or lincoln logs. So he wants a VD. Seems normal to me. Maybe the kid just wants to explore what it is like to be a performer. It’s probably just an early sign of being extroverted, a trait that perhaps we actuaries don’t relate to that often.

Things I would be worried about are stuff like killing small animals, missing money, missing medications, a fascination with the macabre, self harm, supporting the Green Bay Packers, stuff like that. 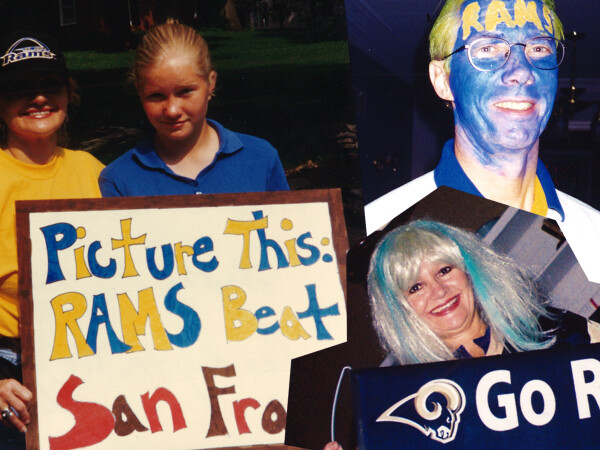 The Rams Are Dead To Me, So I Answered 3,352 Questions To Find A New NFL Team

What do you do when your pro sports team goes away? It’s a question fans have had to ask again and again, when a Colts or an Oilers or a SuperSonics or an Expos…

*Okay, there are some very subjective elements to the team ranking in that article

**Present tense may not be justified. “…supported 5 years ago” is more accurate, esp in light of the recent front office flubs with their MVP QB.