Selling a used car (without buying another one)

The car that I got rid of a few years ago would be 19 years old now, I paid 24K for it brand new. Crazy it is “worth” around 10k. That’s an average of about $60 a month of depreciation.

Yeah, the argument for buying a used car in order to let someone else take the depreciation hit for the first few years is not really relevant anymore. Buying new cars is the optimal way to go.

I’ve sold a few cars myself and definitely made a nice chunk of change for my efforts. However, last time I had a car to unload I sold it to carmax. I didn’t have the time to deal with the hassle then, so I took less $ for the convenience.

sale to private party should be fast these days.

then the risk is someone scamming you. so how will you verify payment is legit? transact in the lobby of your bank

Yep. You need a notary to sign the title over anyway, so just meet at the buyer’s bank.

and sign the title over when the check is determined to be valid? (i trust no one, and people on cragislist i might trust less than that.)

My relative who is a cop told me to insist on cash and be present at the bank when the cash is withdrawn. Meet at his bank, watch him withdraw the full amount in cash and hand the envelope over to you.

And then you’re at a bank, so they’ll have a notary to sign the title.

Cop relative also advised me to take a photo of the signed / notarized title and buyer’s driver’s license just on the off chance that they’re planning to use the vehicle in a bank robbery while it’s still in my name. Then I have proof that I sold it / not my car any more.

ETA: That’s for selling to a stranger. When I sold a car to a co-worker I trusted him and took a check and didn’t bother with taking a photo of the title. But I was a little more careful when I sold to a stranger.

Felt weird walking around with all that cash! I had an appointment at the dealer for the new car right after, and ended up paying my deposit in cash since I had all that cash on me.

I’d planned to stop at the bank but the sale transaction took longer than I expected (long story) so I didn’t have time to stop and instead drove all around town with tons of cash like a drug dealer.

You need a notary to sign the title over anyway,

Never heard of this.

My relative who is a cop told me to insist on cash and be present at the bank when the cash is withdrawn. Meet at his bank, watch him withdraw the full amount in cash and hand the envelope over to you.

That sounds very… paranoid. Maybe it’s since I’ve only sold cars for a few thousand (not that much cash), but I’ve never heard of anyone doing this.

In my state you’re supposed to tear off a small part of the title and send it into the DMV - it absolves you of any liability for whatever the buyer might do with the car prior to transferring the title.

Or what YT said.

We bought a new mini-van in December. The trade in was going to be like $500 on our old one. We donated the old one to Rawhide Boys Ranch and they were able to sell it at auction for almost $2,000. So depending on how old and how much it is worth, I’d recommend donating it to a charity that will be able to use the funds rather then selling it.

To offer a counter-example, my mom donated my stepdad’s car when he died and they auctioned it off for like 35% of the Kelly Blue Book Value.

For only slightly more effort on her part she could have taken it to one of those sleazy used car dealers and probably gotten at least 50-60% of KBB and donated the money to charity.

Yep. You need a notary to sign the title over anyway, so just meet at the buyer’s bank.

I haven’t needed that, either. I’ve mostly given dead cars to the dealer, but i sold a really old civic to a friend. He handed me cash, i signed the title and handed it to him, all in our driveway. He had no trouble registering that car, and drove it for months.

It was REALLY hard to remove the plates. The screws holding them had rusted and wouldn’t turn. That was the only issue we had. 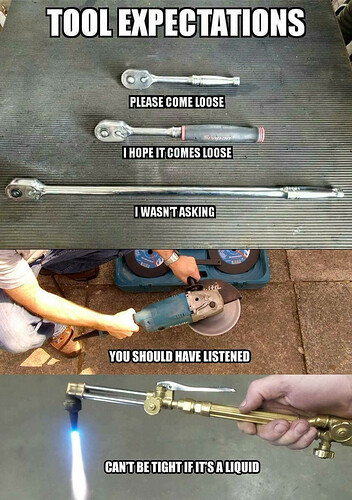 How did this turn out?

And was a notary required? LOL

Definitely did need a notary when I told my car to my sister, for the title transfer. Ohio.

Alternatively, I think we could have both gone to the title office to do the transfer, but I was not up for that.

I scheduled an appointment with the AutoNation representative, sent him some pic’s, & started driving to their location. As I was driving in, he texted me that, based on the photos, he would only give me 5k for it. So, I texted him back that he could stick his revised offer up his tailpipe. Wife was out of the country at that time, and, since I have no friends, the Lyft/Uber ride back to my house would’ve taken another $50-100 off of my revenue.

So, I contacted Carvana. They had someone come to my house, review the car, provided me with paper work to sign, gave me a check for the quoted amount, drove the car onto the street, and had someone else (with a tow truck) come and pick it up the next day. Easy peasy and they didn’t hassle me about anything.

I was quite happy with the Carvana experience and would recommend them to someone who is looking for a recommendation on where to sell their 2010 Lexus RX 350 4dr SUV AWD (3.5L 6cyl 6A) with expired registration & 229,000 miles.

how much more did you sell it for than you’d have gotten a year and a half ago?

I have no idea. I wasn’t exactly following the used car market prior to nor subsequent to this transaction